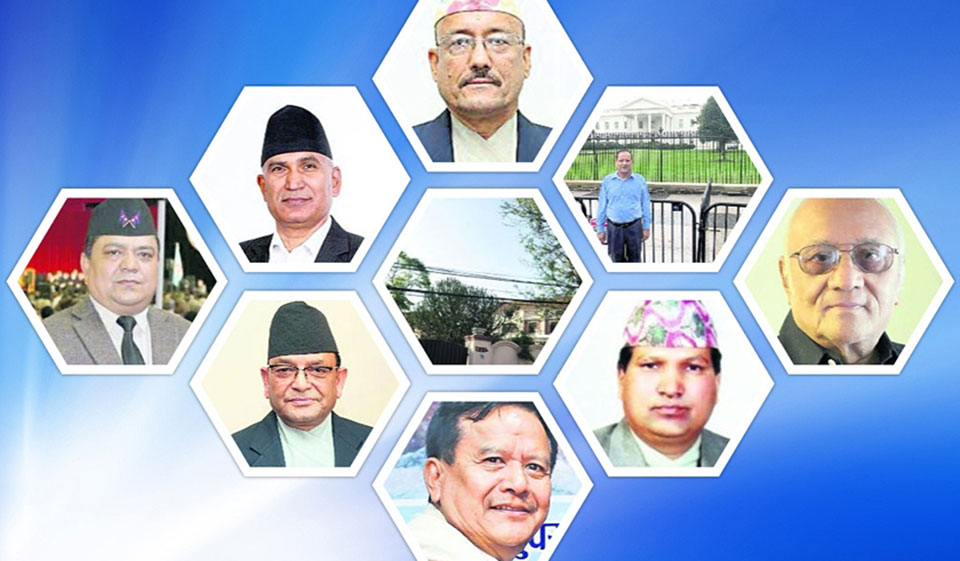 KATHMANDU, April 10: General Secretary of ruling Nepal Communist Party (NCP) Bishnu Paudel is among those owning controversial land at Lalita Niwas, it is learnt. Lalita Niwas  was duly acquired by the government and controversy arose after land on the premises was illegally transferred to the names of private individuals.

NCP General Secretary Paudel is found to have purchased 8 aana of land at Lalita Niwas through a businessman and the so-called land-mafia, according to investigation officials. The land purchased by Paudel is in the name of his son, Nabin.

The government recently barred transactions in 113 ropani and 3 aana land at Lalita Niwas, including the plot owned by Paudel, after it was revealed that all the  land there was transferred illegally by some individuals in collusion with officials at Dilli Bazar Land Revenue Office and the District Land Reform and Survey Office, among others.

Paudel, who became general secretary of the newly-formed NCP after the merger of the erstwhile CPN-UML and CPN (Maoist Center), has held various ministerial portfolios including  Finance  during his political career. The ongoing investigation of Lalita Niwas land  has become complicated as senior leaders of the ruling party are also getting dragged in.

Highly placed sources familiar with  investigations being carried out by the Commission for  Investigation of Abuse of Authority and the Central Investigation Bureau  said  Paudel  purchased 8 aana of the land through promoter of Bhatbhateni Super Market Min Bahadur Gurung and the ‘land mafia’ duo Shobhakant Dhakal and Ram Kumar Subedi.

Paudel had mentioned the 8 aana  in Kathmandu Metropolitan City-4, Baluwatar when he released his property disclosure statement on becoming finance minister in the cabinet led by K P Sharma Oli in 2015. The property is in the name of his son, Nabin.

Gurung, Dhakal and Subedi had purchased 63 ropani of the land in 2060 BS from the family of Rukma Shumsher Rana into whose names it had been transferred . Since  60 ropani exceeded the ceiling on land holdings by one single individual, they had chosen to sell it off in smaller pieces to those at the centers of power and influence . Gurung, Dhakal and Subedi also seem to have jointly purchased  land belonging to the British Council after selling off at Lalita Niwas.

Similarly, Election Commissioner Sudhir Kumar Shah is also found to have been involved in the government-owned land. According to a report submitted by a probe committee headed by former secretary Sharada Prasad Trital,  Shah had brought 2 ropani in the name of his wife Urmila in 2049 BS. He was then a land revenue officer in Bhaktapur. Shah  sold it to  Ram Kumar Subedi and Shobha Kanta Dhakal in 2061/62 BS, when he was serving as chief district officer of Kavrepalanchowk.

The Trital probe report has recommended  action against Election Commissioner Shah as well. It is found that then chief of the CIAA Deep Bahadur Basnyat, while serving as secretary at the Ministry of Physical Planning and Construction, had influenced the decision to allow   ownership transfer of Lalita Niwas land to private individuals.

Basnyat, in a circular  to the Ministry of Land Reform on July 10, 2010, made it easy for the ‘land mafia’ to transfer ownership of the government land. Then chief secretary Madhav Ghimire  authenticated Basnet’s decision through a cabinet meeting.

Sources claim that the late Ghimire, who later on became foreign and home minister in Khil Raj Regmi-led election government, is a close relative of Dhakal.

A cabinet meeting  on March 12, 2019 has already taken a decision to scrap all decisions to allow ownership transfer of government land to private individuals and bring the land back to the government.

One Gopal Khanal, who also brought land from Gurung, said he did it without knowing that it actually belonged to the government.

“We four individuals brought 60 aana  at the rate of Rs 700,000 per aana. We came to know only later that it was  government-owned land,” said Khanal, while insisting that those who sold  to them should compensate them according to the prevailing market price .

Lalita Niwas land was also purchased from Gurung by Shrawan Goyal and Kedia Group, among others.