Fundraising campaign expedited as time running out to save Jogi 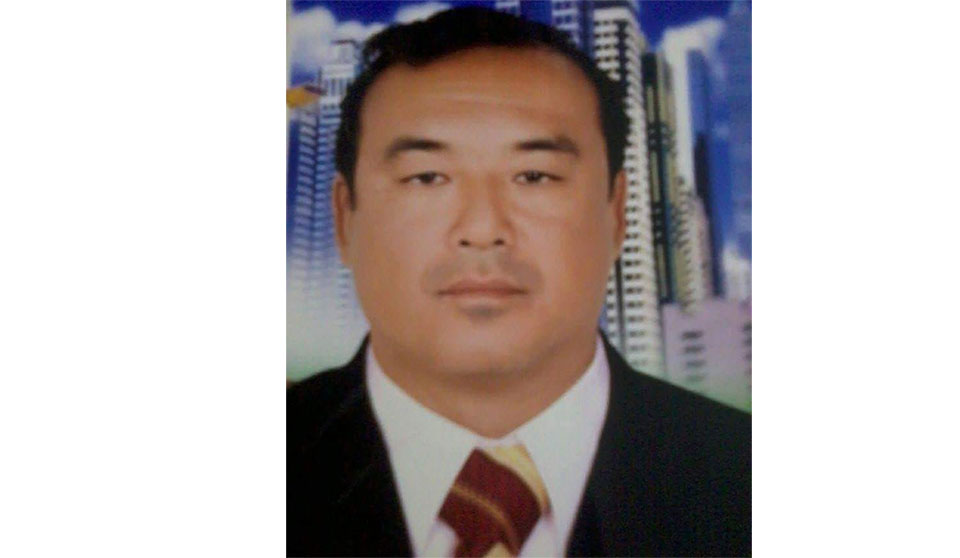 Jogi, 45, who originally hails from Phedap Rural Municipality-2, Tehrathum, has been serving a jail-term in an Abu Dhabi prison on the alleged charge of killing a co-worker Pilipino for the last four years.

Under the ‘Khadga Bahadur Jogi Rescue Campaign’ which was launched by various intellectuals, social workers and family members, different individuals and organizations have already pledged Rs 3 million in financial aid to save Jogi.

According to Chhatra Rimal, a social worker and neighbor of Jogi, who is actively participating in  a nation-wide donation collection campaign to raise fund to pay blood money of Rs 200,000 Dhiram ( which comes around Rs 6,200,000), said they have already raised Rs 500,000 and deposited it in a Nepal Bank account. It was collected from various individuals including foreign migrant workers and people from Tehrathum district.

Similarly, Phedap rural municipality, the birth village of Jogi, has pledged Rs 300,000 where the remaining five local units in the district have assured of providing Rs 1,000,000 (Rs 200,000 each).

Similarly, the campaigners have planned to raise Rs 2,000,000 from various individuals and social organizations linked with Tehrathum district.

According to Rimal, they have planned to collect Rs 1,000,000 from Katmandu and various Tarai-based districts while Rs 1,000,000 will be raised from Non-Resident Nepali Associations and social organizations based in Qatar, Dubai, Israel and Kubet.

An application has also been filed at the Foreign Employment Promotion Board (FEPB) seeking Rs 1,500,000 to hire a lawyer according to Rimal.  As per the existing rules, the government bears Rs 1.5 million for expenses to hire a lawyer for Nepali migrant workers facing such legal problems.

Meanwhile, a 13-member Khadga Bahadur Jogi Rescue Campaign committee has been formed under the coordination of PS Ningleku, chairman of Tehrathum Samaj, UAE.

Talking to www.myrepublica.com, Chairman Ningleku said, “The rescue committee has collected brief information about Jogi and has planned to raise fund for blood money in coordination with Foreign Employment Promotion Board, Nepali Embassy in Abu Dhabi and other social organizations.”

Kumar Giri, treasure of the nine-member Khadga Bahadur Jogi Rescue Committee, has appealed to all the Nepali people including social organizations to lend support to the rescue campaign for Jogi.

The company Jogi was working for was closed down a long time ago, thereby ending possibility of lending support to Jogi. According to Giri, his life depends upon Philipino’s wife who has been demanding blood money.

On March 29, 2014, Jogi, the sole breadwinner for his six-member family, had left for Abu Dhabi to join Al Jurf Development Projects LLC as a migrant worker.

However, his dream of supporting his family did not last for a long time. His dream shattered when his coworker Phlipino met with an accident while heading for a work site on August 20, 2014.

According to the account provided by Jogi’s family members, Jogi took Philipino to a hospital after taking permission from the company. Unfortunately, Philipino died in the course of treatment. Jogi was, then, arrested in connection with Philipino’s death and was incarcerated in jail on August 22, 2014.

However, if the family failed to produce the blood money on time, Abu Dhabi government is likely to give him death penalty, Dambar Kumari Jogi, wife of Jogi, said with tears rolling down her cheeks.

At the initiation of intellectuals, kin and social workers, Khadga Bahadur Jogi Rescue Campaign has been launched. On August 31, a nine-member committee led by Dura Prasad Giri was formed in which Khagendra Bahadur Jogi and Kumar Giri are secretary and treasurer, respectively.

KATHMANDU, Jan 20: Domestic flights have been affected due to bad weather in the morning. ... Read More...

KATHMANDU, Jan 20: The westerly wind is likely to cause general changes in weather systems across the country for the... Read More...