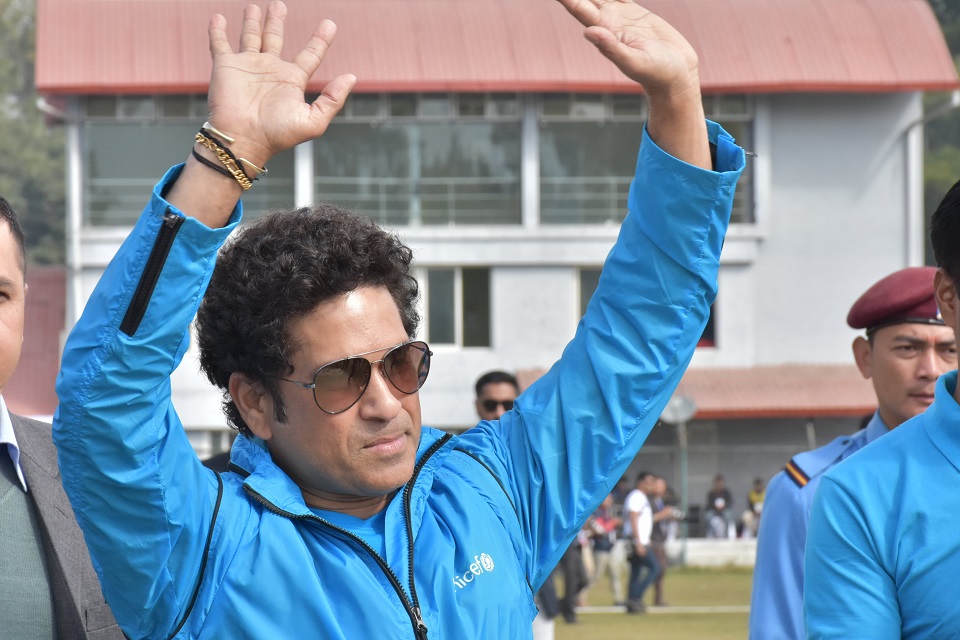 In a friendly 8-over match between two teams at Tribhuwan University Cricket Ground on Saturday, Team Sachin reached the target of 45 runs set by Team Das losing only four wickets. Sachin scored seven runs for his team. 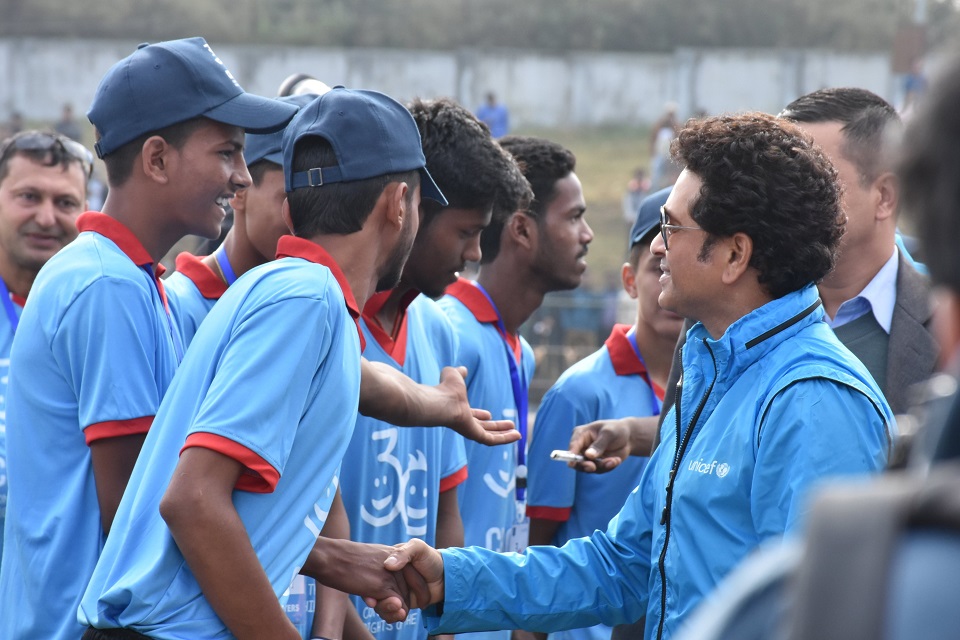 The program was organized by United Nations International Children's Emergency Fund (UNICEF) to mark the 30th anniversary of the ratification of Convention on Children’s Rights Convention. The goodwill ambassador of UNICEF Sachin Tendulkar arrived in Nepal on Friday. Addressing the ceremony, Tendulkar urged the parents and caregivers to try to better understand the strengths of each child, eat, play and laugh with them more, and support them in doing what they love. "Don’t clip their wings, let them fly,” he added. 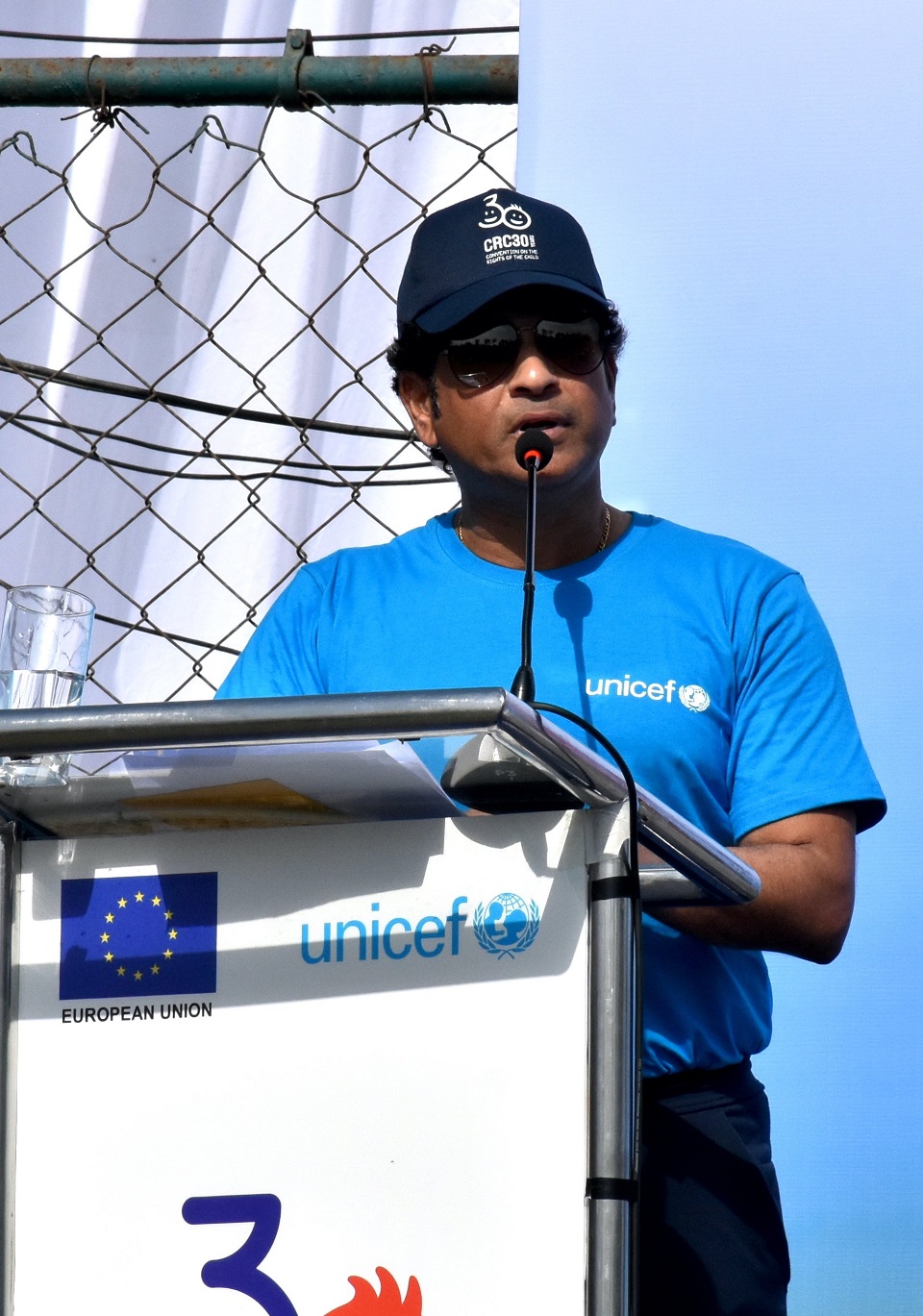 Speaking on the occasion, UNICEF Representative to Nepal Elke Wisch lauded Nepal for the progress it has made in the last 30 years in improving the lives of children. “But we need to continue to work to ensure children have the voice, skills and agency to become productive citizens of the future,” she stressed. 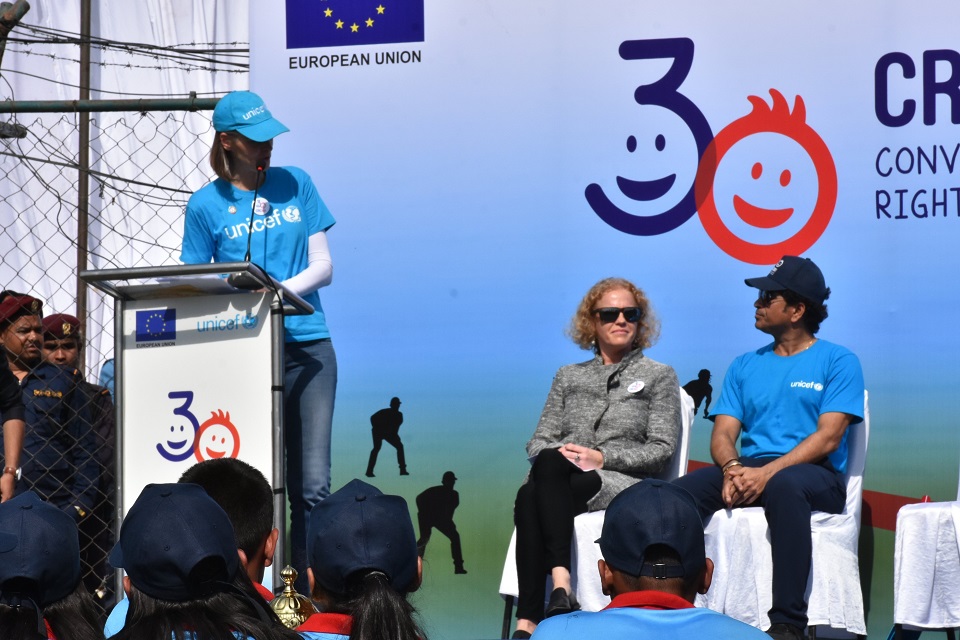 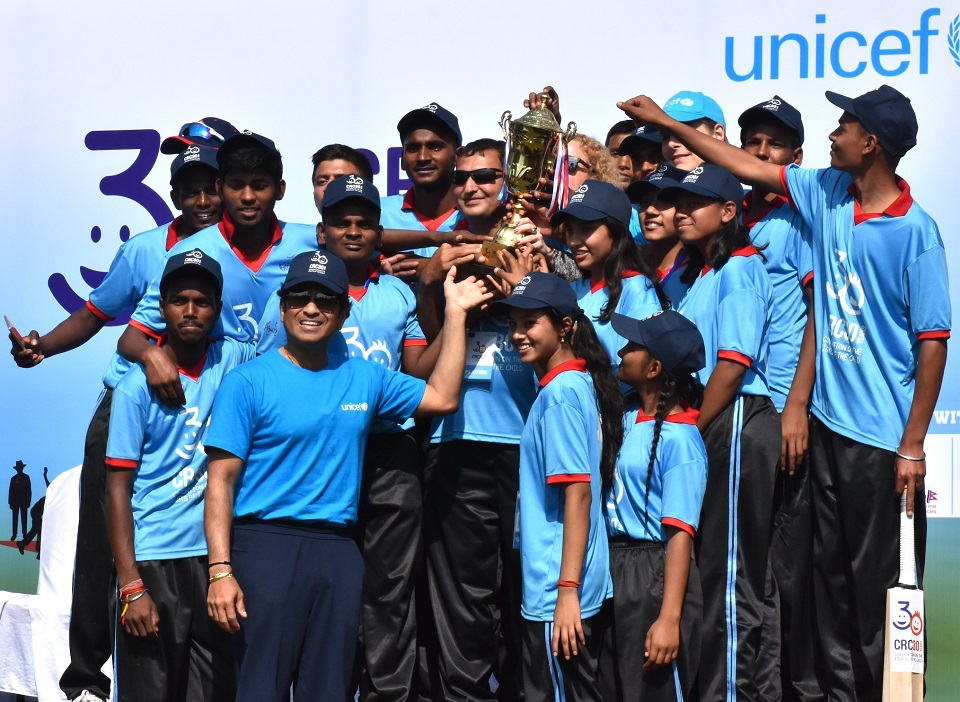