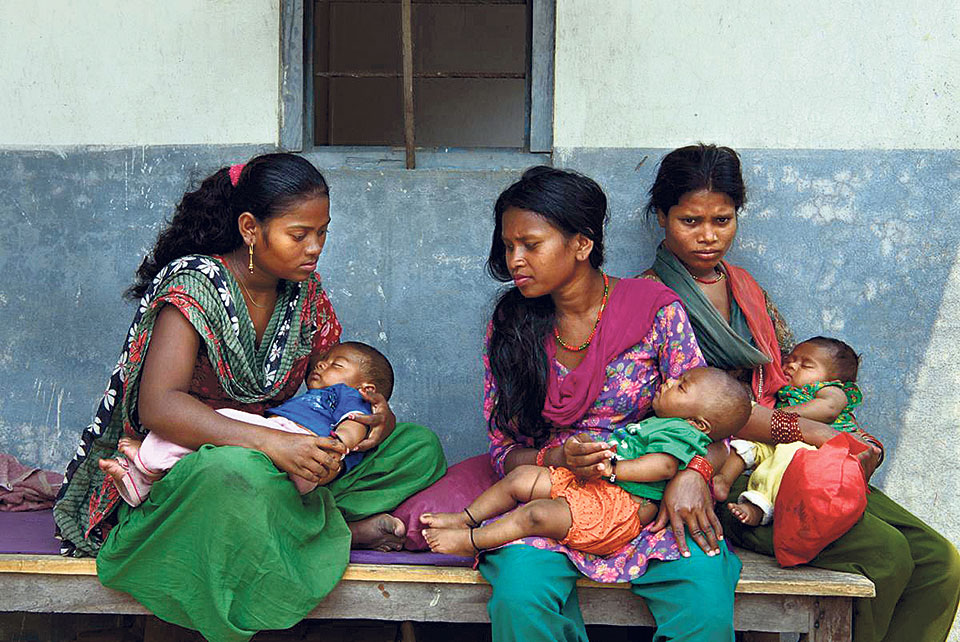 NEW YORK, Mar 6: The prevalence of child marriage is decreasing globally with several countries seeing significant reductions in recent years, UNICEF said today. Overall, the proportion of women who were married as children decreased by 15 percent in the last decade, from 1 in 4 to approximately 1 in 5.

According to the latest report published by the organization, South Asia has witnessed the largest decline in child marriage worldwide in the last 10 years, as a girl’s risk of marrying before her 18th birthday has dropped by more than a third, from nearly 50 percent to 30 percent, in large part due to progress in India. Increasing rates of girls’ education, proactive government investments in adolescent girls, and strong public messaging around the illegality of child marriage and the harm it causes are among the reasons for the shift.

Referring to the example of Nepal, over one-third of women aged 20 to 24 who married before their 15th birthday had three or more children compared to 1 percent of women who married as adults. Child brides are also less likely to receive proper medical care while pregnant. In countries including Nepal, Bangladesh, Ethiopia and Niger, women who married as adults were at least twice as likely to have delivered their most recent baby in a health facility compared to women who married before age 15, according to the report.  This, along with the fact that girls are not physically mature enough to give birth, places both mothers and their babies at risk.

“When a girl is forced to marry as a child, she faces immediate and lifelong consequences. Her odds of finishing school decrease while her odds of being abused by her husband and suffering complications during pregnancy increase. There are also huge societal consequences and higher risk of intergenerational cycles of poverty,” said Anju Malhotra, UNICEF’s Principal Gender Advisor. “Given the life-altering impact child marriage has on a young girl’s life, any reduction is welcome news, but we’ve got a long way to go.”

According to new data from UNICEF, the total number of girls married in childhood is now estimated at 12 million a year. The new figures point to an accumulated global reduction of 25 million fewer marriages than would have been anticipated under global levels 10 years ago. However, to end the practice by 2030 – the target set out in the Sustainable Development Goals – progress must be significantly accelerated. Without further acceleration, more than 150 million additional girls will marry before their 18th birthday by 2030.

Worldwide, an estimated 650 million women alive today were married as children. While South Asia has led the way on reducing child marriage over the last decade, the global burden of child marriage is shifting to sub-Saharan Africa, where rates of progress need to be scaled up dramatically to offset population growth. Of the most recently married child brides, close to 1 in 3 are now in sub-Saharan Africa, compared to 1 in 5 a decade ago.

New data also point to the possibility of progress on the African continent. In Ethiopia – once among the top five countries for child marriage in sub-Saharan Africa – the prevalence has dropped by a third in the last 10 years.

“Each and every child marriage prevented gives another girl the chance to fulfill her potential,” said Malhotra. “But given the world has pledged to end child marriage by 2030, we’re going to have to collectively redouble efforts to prevent millions of girls from having their childhoods stolen through this devastating practice.”

KATHMANDU, Feb 20: The UNICEF on Monday launched Every Child Alive, a worldwide campaign to demand and deliver solutions on behalf... Read More...

BUTWAL, April 18: Sunita Chaudhari, 21, of Bairghat village was married when she was just 12. As part of the cultural... Read More...

Man beaten to death in Dhanusha
39 minutes ago