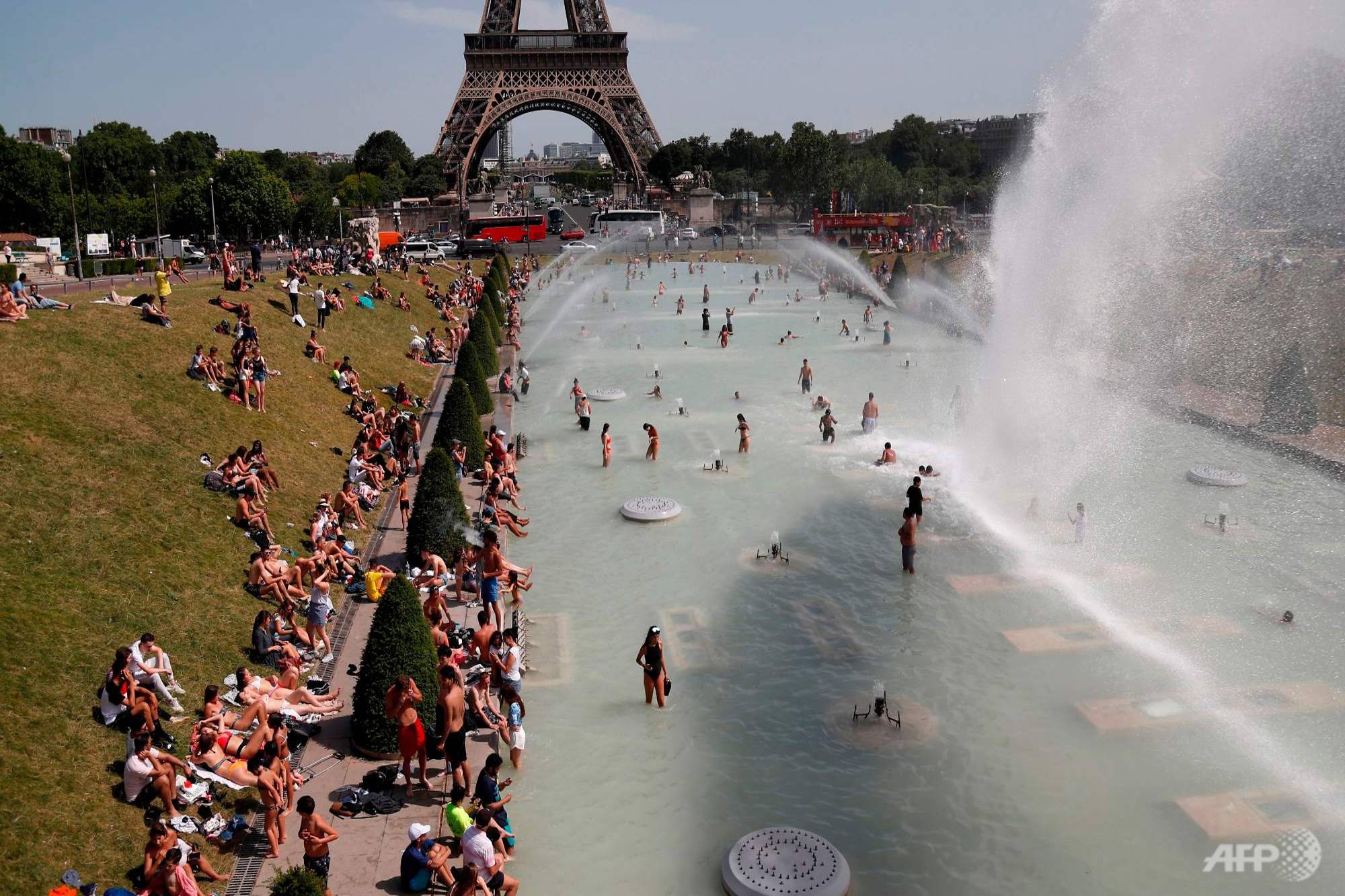 PARIS/MADRID, June 29: France registered its highest temperature since records began on Friday as the death toll rose from a heatwave suffocating much of Europe.

The World Meteorological Organization said 2019 was on track to be among the world’s hottest years, and that 2015-2019 would then be the hottest five-year period on record.

It said the European heatwave was “absolutely consistent” with extremes linked to the impact of greenhouse gas emissions.

Four administrative departments in France were placed on red alert, signaling temperatures of “dangerous intensity” that are more typical of Saudi Arabia.

The unusually high temperatures are forecast to last until early next week.

In Spain, where temperature peaked above 43 degrees for the second day running, wildfires raged across 60 sq km (23 sq miles) of land in the northeastern Tarragona province. Officials said firefighters battling the blazes on 20 fronts managed to avoid them from spreading.

In the central region, a fire broke out on the outskirts of Toledo, forcing the evacuation of two public buildings, a regional official told Reuters.

To the north in Valladolid, a man of 93 collapsed and died due to the heat, police said. And in a small town outside Cordoba, a 17-year-old died of heat-related effects after jumping into a swimming pool to cool off.

Since 1975, Spain has registered nine heatwaves in June, including five in the last decade, according to the Spanish meteorological office.

In France, one boy was seriously hurt when he was thrown back by a jet of water from a fire hydrant. Some 4,000 schools were either closed or running a limited service to help working parents unable to stay at home.

State-run rail operator SNCF offered free cancellations or exchanges on long-distance trips, social workers helped homeless people cope with the heat, and French families with elderly relatives who were ill or living alone were advised to call or visit them twice a day and take them to cool places.

The greater Paris region, Ile de France, has banned more than half of cars from its roads as the stifling heat worsened air pollution, the toughest restriction provided for — although all cars were to be allowed to leave the city as school holidays began.

The cities of Lyon, Strasbourg and Marseille have also restricted traffic.

For the second time in a month, a high-pressure system is drawing scorching air from the Sahara desert, breaking temperature... Read More...

Spain's Gerard Deulofeu scored one and created another but had to share the limelight with the video assistant referee in... Read More...

Child goes missing in a drain in Kathmandu. Who is responsible?
9 hours ago
'No changes made in the tax imposed on sanitary pads in new budget'
21 hours ago
Nepal recorded a BoP deficit of Rs 38.75 billion during mid-July and mid-August
14 hours ago