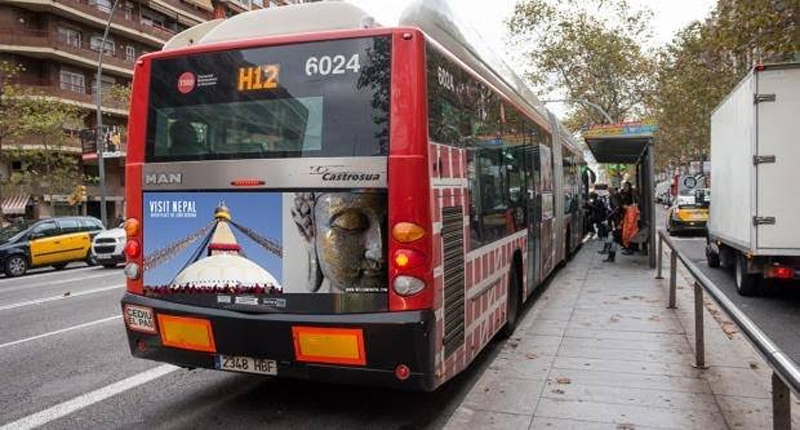 KATHMANDU, June 25: A group of Nepali living in Spain is set to invite about 1 million tourists visiting Spain’s tourist city Barcelona to visit Nepal via posters from the second week of July.

They have set themselves the task of attaching posters with the sentence “Visit Nepal” on it to local buses plying the tourist routes.

Deepak Kharel who is honorary representative of Nepal Tourism Board is serving as the coordinator of the campaign aimed at promoting Nepal’s tourism.

They are making preparations for putting posters on vehicles plying four routes in Barcelona of Spain.

They have already inked an agreement with local administration responsible for the management of vehicles plying the four routes, which allows them to use tourist vehicles for fifteen days for making international tourists visiting Barcelona aware of Nepal's tourist destinations.

As per the agreement, they need to pay fees amounting to Rs. 2,50,000 for using tourist vehicles with a view to promoting Nepal’s tourism.

The task of attaching posters to tourist vehicles will begin from the Second week July.

“We are proud of getting an opportunity to promote Nepal’s tourism by attaching posters with Nepal’s attractive scenes on it to local buses carrying tourists”, Kharel told Republica Online.

KATHMANDU, March 21: Prince Harry of Wales has expressed his hope that more people will visit to Nepal to experience... Read More...