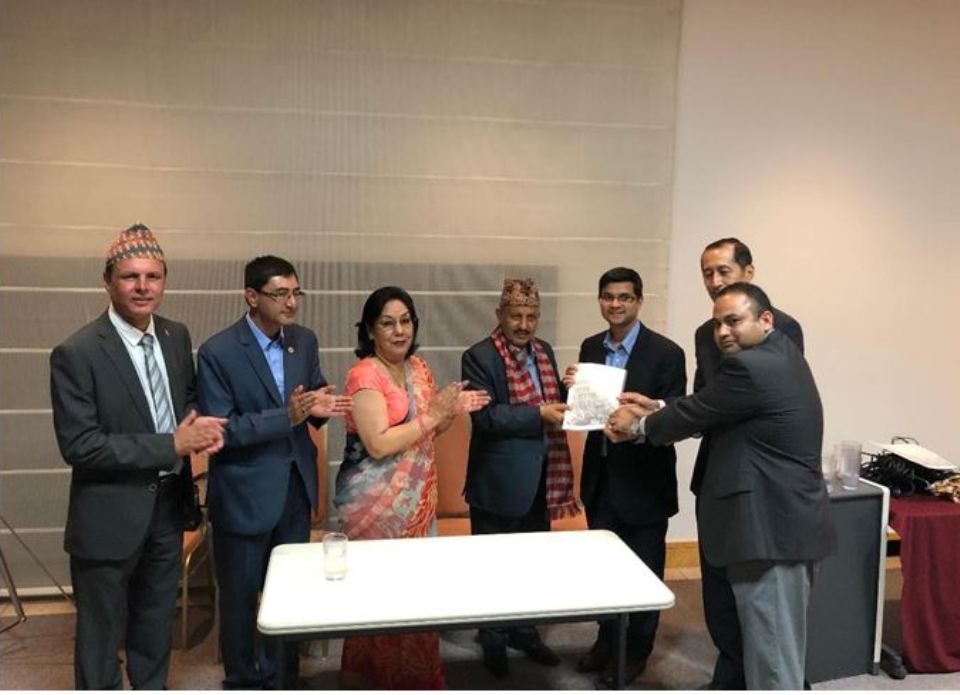 According to the organizer, the main objective of the dialogue series was to hold interaction between Nepali and Japanese professionals on various issues including infrastructure development, agricultural development, medicine and information and communication technology, and make recommendations to the Nepal Government on the same issues.

During the aforementioned four series, Japanese professionals and volunteers shared their expertise and experience while working in Nepal, according to a press release issued by the organizer. 80 Nepali and Japanese professionals including officials from the Nepali Embassy in Tokyo attended in each dialogue series.

Meanwhile, a 23-page report containing the recommendations of aforementioned four dialogues series was handed over to Education Minister Giriraj Mani Pokhrel and Vice-Chancellor of Nepal Academy of Science and Technology Sunil Babu Shrestha during their visit to Japan. Receiving the dialogue series report Minister Pokhrel and Vice-Chancellor Shrestha appreciated the efforts made by the Nepali professionals.

LONDON, July 13: Global coronavirus infections passed 13 million on Monday, according to a Reuters tally, marking another milestone in... Read More...