Four days on, MoFA remains mum on death of 2 Nepali guards in Afghanistan 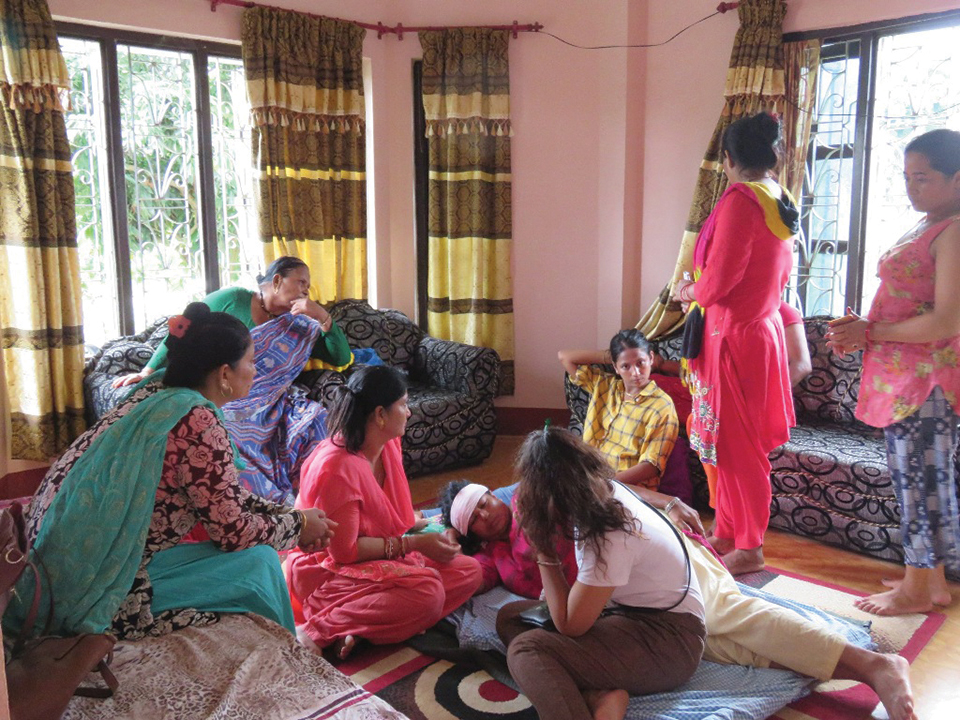 Family members and neighbors gathered at the house of Krishna Thapa, a Nepali security guard killed in Kabul, Afghanistan by militants. Photo: Republica

KATHMANDU, SEPT 6: Though four days have elapsed since two Nepali security guards working for a private security company were killed in a Taliban attack in Kabul, the capital city of Afghanistan, the Ministry of Foreign Affairs is silent about the tragic incident. The ministry has not issued even a single press release to inform the concerned family members and media about the incident.

Nepali officials working in various organizations including the United Nations have confirmed that two Nepali guards - Krishna Thapa of Chitwan and Chandra Pun of Rolpa - and 14 other Afghans were killed in Kabul on Monday night. One was reportedly killed as the security tower got fully damaged in the attack whereas another was shot in the head while he was out of his work station. Both guards were working for GardaWorld, a Canadian security company.

As of Wednesday evening, neither the foreign ministry nor the Nepali embassies in India and Pakistan, which are assigned to look after Afghanistan affairs, have not issued any press statement on the tragic death of Nepali security workers. Family members have accused them of not taking any prompt initiative to bring back the dead bodies of the deceased.“We have no information about his condition. What we have been briefed is that it takes 10 to 12 days to bring back the dead body if the dead body is to be brought back after a postmortem,” said Krishna Thapa's daughter-in-law Sunita.

For the lack of jobs in the country, several retired personnel from the national army, Nepal Army, Indian Army and British Army go to war-torn countries like Iraq, Afghanistan and Syria to work as security guards risking their own lives. They often lose their lives in the course of guarding foreign companies.

In 2016, 14 Nepali security guards working for Sabre International were killed in a suicide bomb attack.

KAILALI, Feb 25: After the death of 25-year-old Kala Dhami of Andaiya in Gauriganga Municipality-5 in a tiger attack on... Read More...