Former US President Obama releases his must-read list of 2019 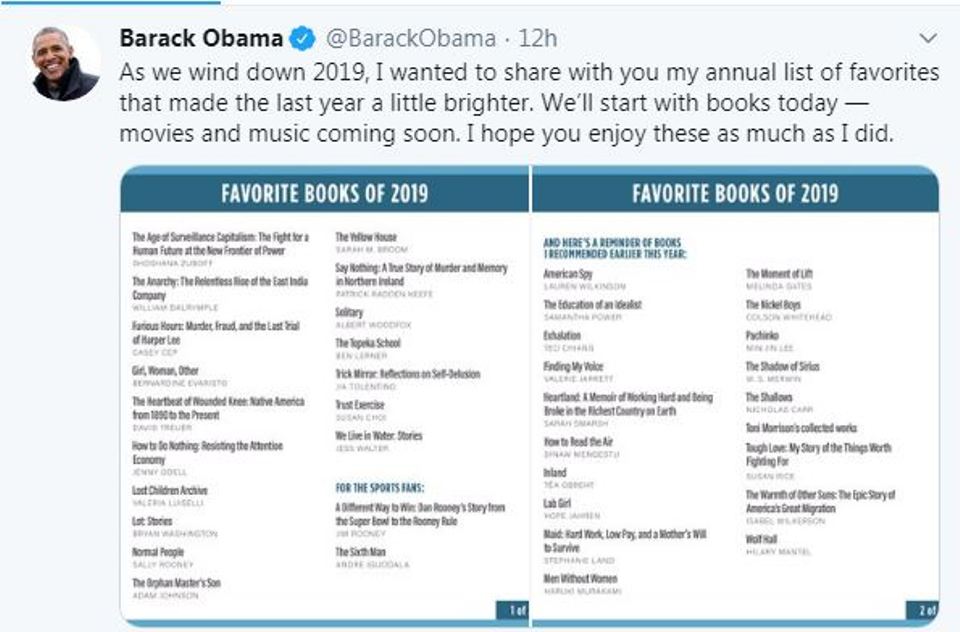 Obama took to Twitter to release his must-read list of 2019. "As we wind down 2019, I wanted to share with you my annual list of favorites that made the last year a little brighter. We’ll start with books today — movies and music coming soon. I hope you enjoy these as much as I did," he said.

Obama’s annual release of his favorite books, films and music has just begun, but who has made the cut. First up, “The Age of Surveillance Capitalism” by Shoshana Zuboff about the perils of social engineering and behavior modification that lives within the horrors of modern day surveillance capitalism. Another highlight is Sally Rooney’s novel “Normal People,” which is currently being turned into a 12-episode series for Hulu. Also on the list is “Solitary” the true story of Albert Woodfox who served more than 40 years in solitary confinement for a crime he did not commit, penned by Woodfox.

Other titles that made the list include Sarah M. Broom’s memoir titled “The Yellow House” Jia Tolentino’s “Trick Mirror: Reflections on Self-Delusion,” and “The Topeka School” by Ben Lerner.

And “for the sports fans” Obama suggests “A Different Way To Win: Dan Rooney’s Story From the Super Bowl to the Rooney Rule” by Jim Rooney and “The Sixth Man” by Andre Iguodala. 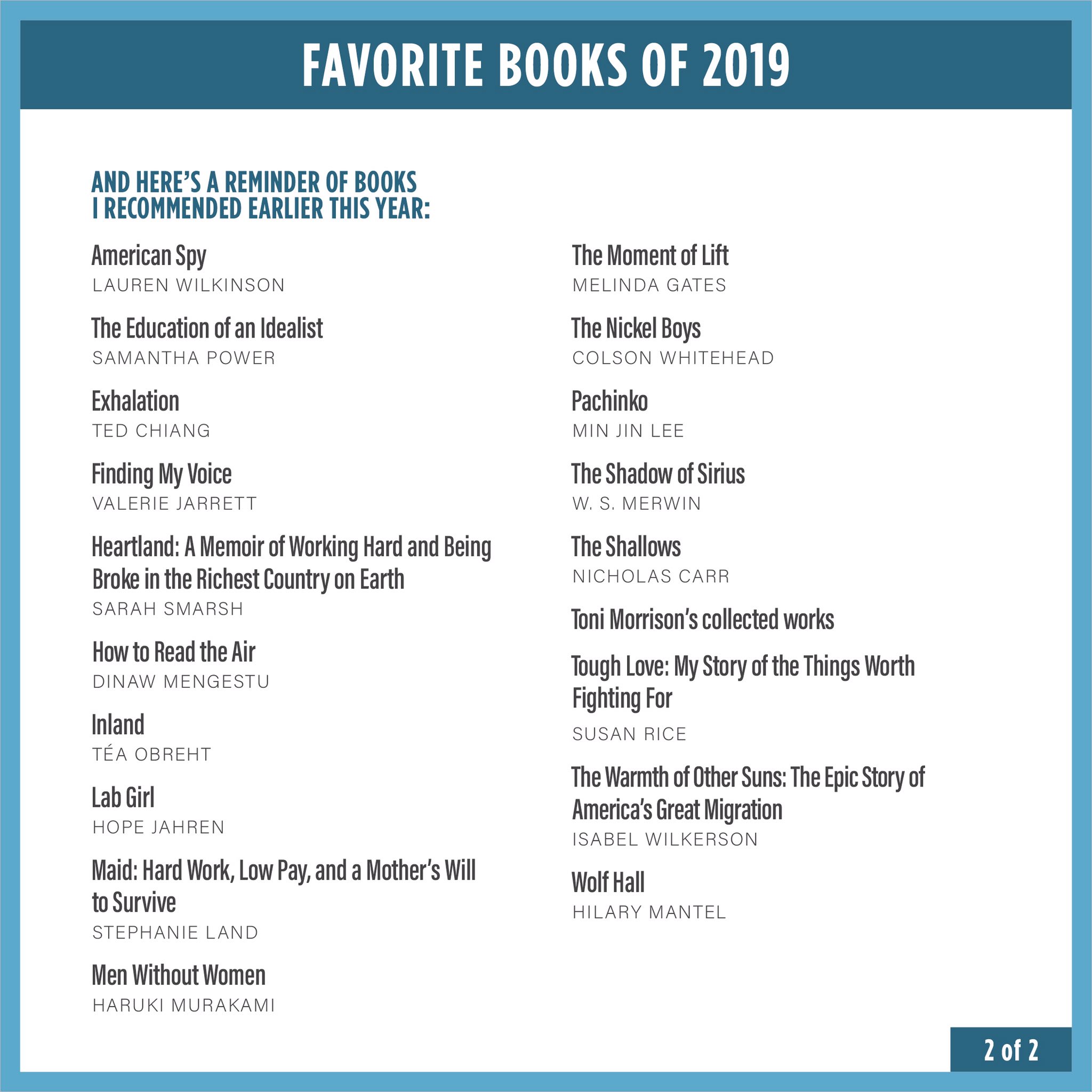 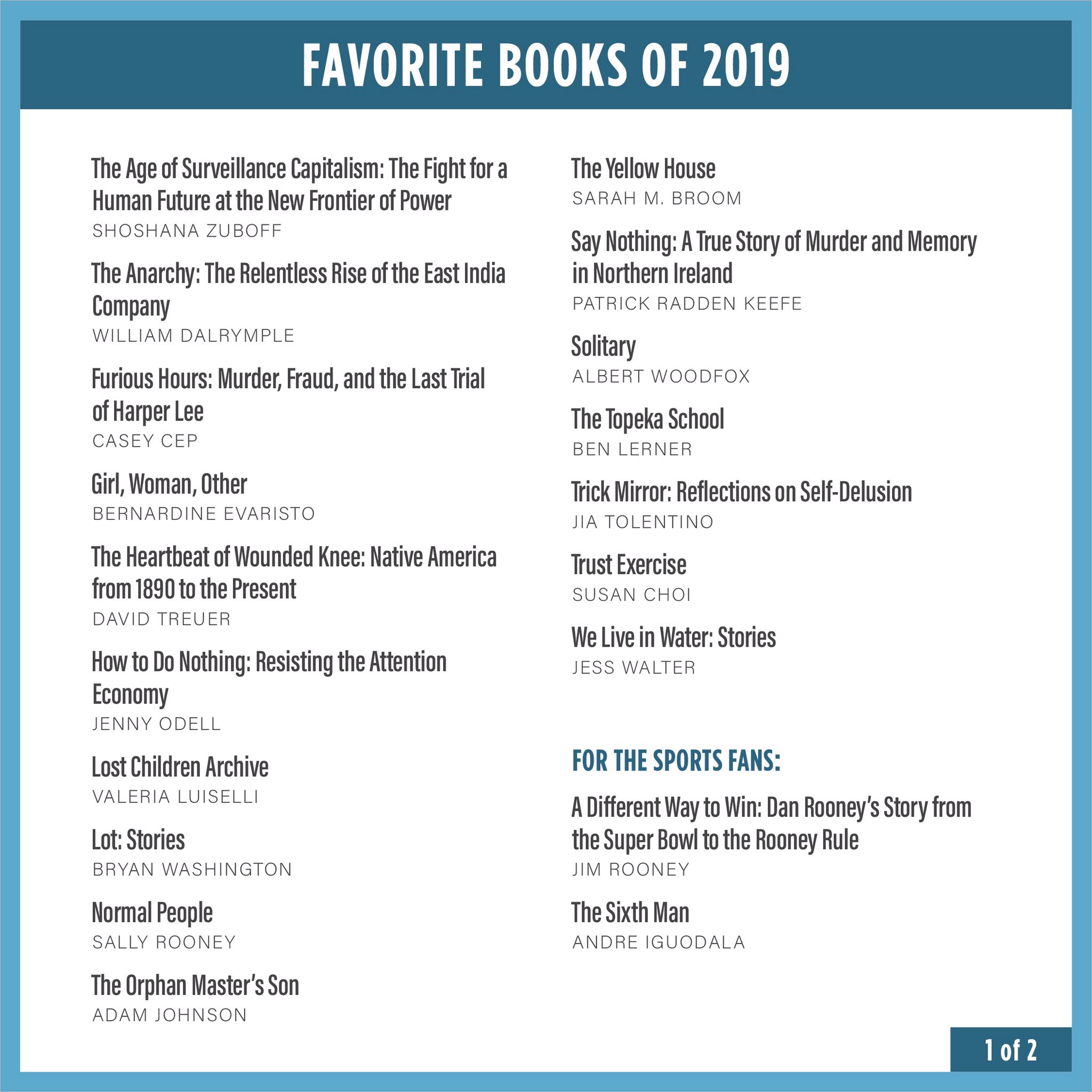