Yagya Raj has recently started developing symptoms of mental disorder amidst days-long protests he has been staging, to seek justice for his daughter.

"We have to stand with Nirmala Panta's parents who have been waging sit-ins for their daughter's justice. This case has already become a common agenda for all aware and justice-loving Nepali people. Let's join hands with them," Bhattarai tweeted after visiting Yagya Raj.

Nirmala Panta, the 13-year-old girl from Bhimdutta Municipality-2 of Kanchanpur, went missing on July 26 after she had gone to her friend Roshani Bam's house earlier that day. Her body was found the next day in a sugarcane field. Postmortem report revealed that the teenager had been raped and strangled to death.

However, the government has failed to find the criminal(s) involved in the case. 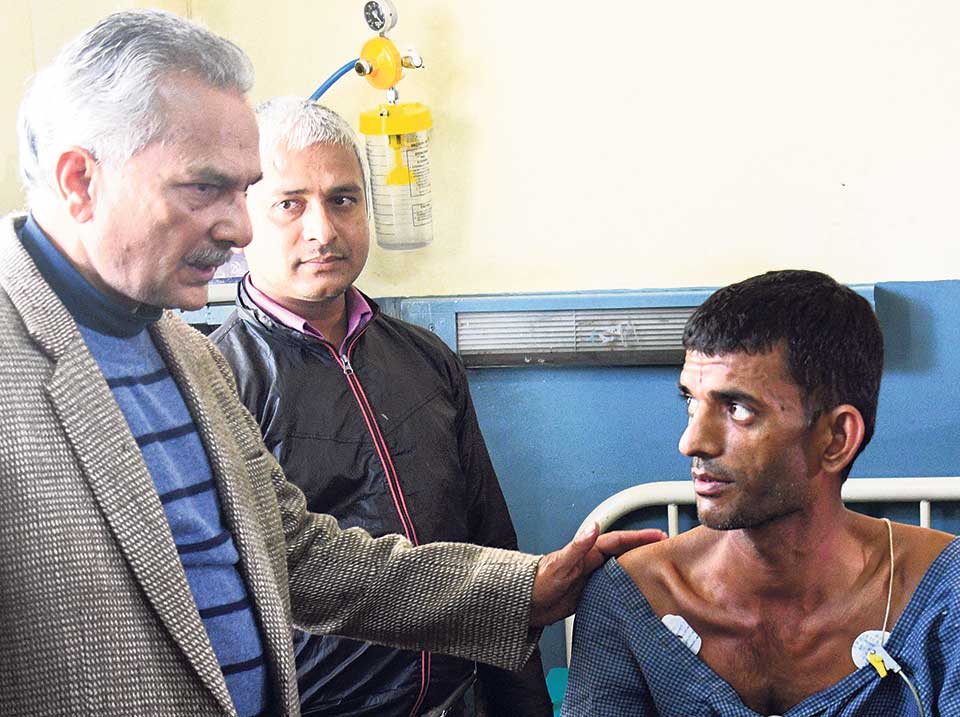 All of us role played some version of the game ‘chor-police’ (cops and robbers) while growing up. In our minds,... Read More...

MAHAENDRANAGAR, Sep. 1: Demanding that the perpetrator be booked and justice rendered in the case of their friend Nirmala Panta,... Read More...