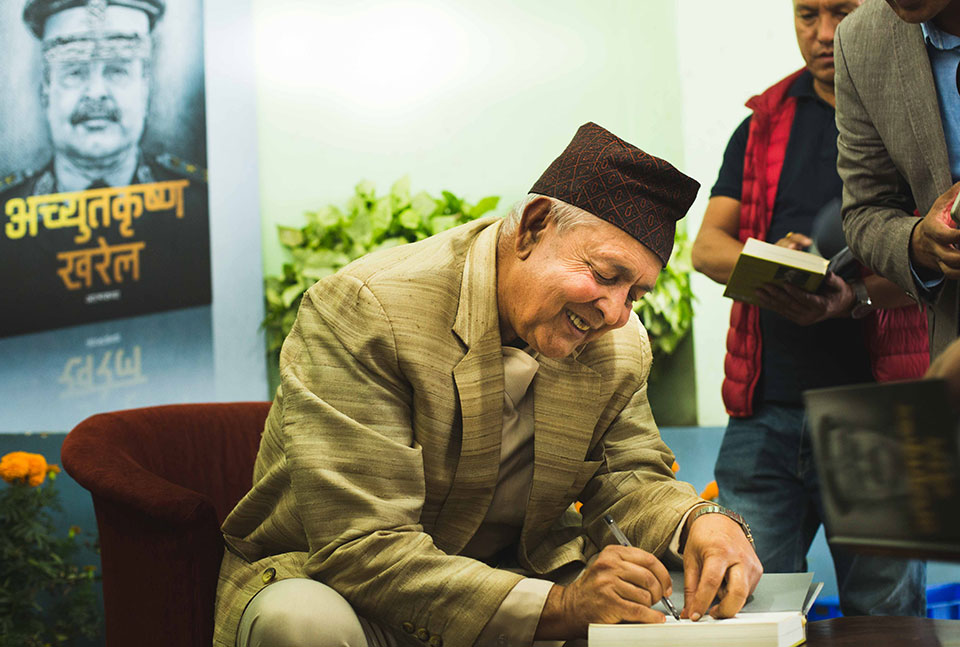 KATHMANDU, Oct 6: An autobiography of former Inspector General Achyut Krishna Kharel has been released amid a special ceremony organized at Nepal Police Club at the Exhibition Road in Kathmandu on Saturday.

Nepal’s first President Ram Baran Yadav unveiled  Kharel’s autobiography by handing the book to Binda Adhikari, the wife of a late police official killed on the line of duty during the Maoist insurgency.

The book that deals with the People’s Referendum, People’s Movement in 1990 and a decade-long Maoist insurgency that happened during Kharel’s tenure as a police officer.

Kharel is only one police chief who had been twice appointed as the IGP of Nepal Police. The autography begins with the Dunai Maoist attack.

Kharel, in the autography, has mentioned that he had been the captain of national football team before he joined the service.

“The qualities of a footballer such as discipline, courage, and valor to face challenges even during hardships helped excel my police career and ultimately shot me to the pinnacle of Nepal Police,” said Kharel during his speech.

Speaking at the book release program, former President Yadav said the book would be useful to the new generation who will get a glimpse the important events that happened in the country during Kharel’s tenure.

Speaking at the program, Kharel announced that he would spend the income generated through the sale of books on the education of the children of police officials.

Politicians, former ministers, former IGPs and incumbent and former police officers were present during the program. 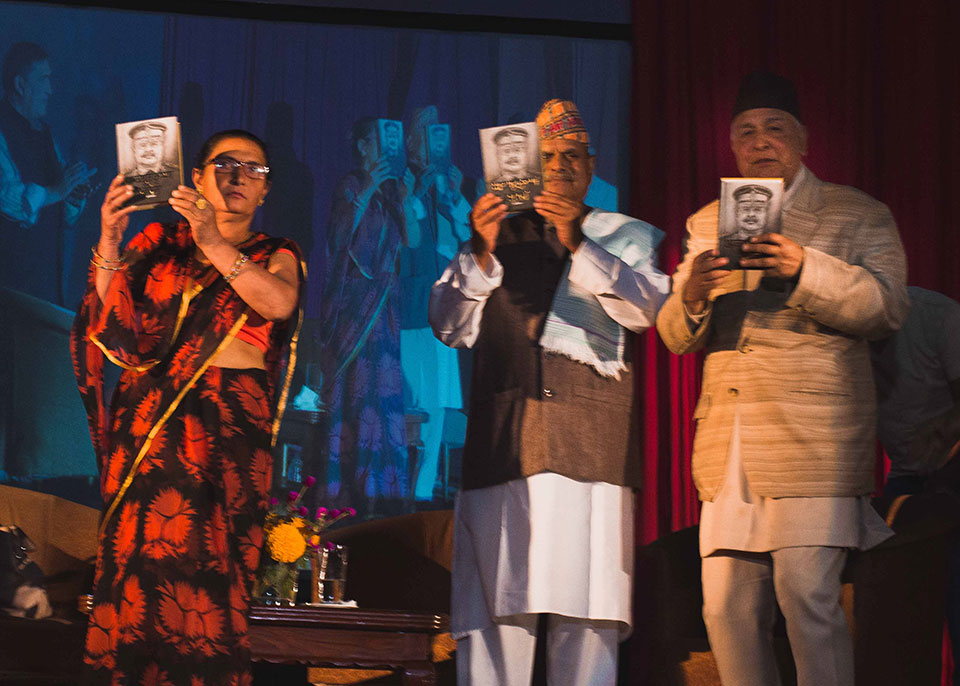 Ganesh Thapa’s autobiography to be released in February

KATHMANDU, Oct 5: A serious dispute has surfaced within the two student wings of the ruling NCP over their demand... Read More...