Forever on the move: A compulsive need to travel and explore 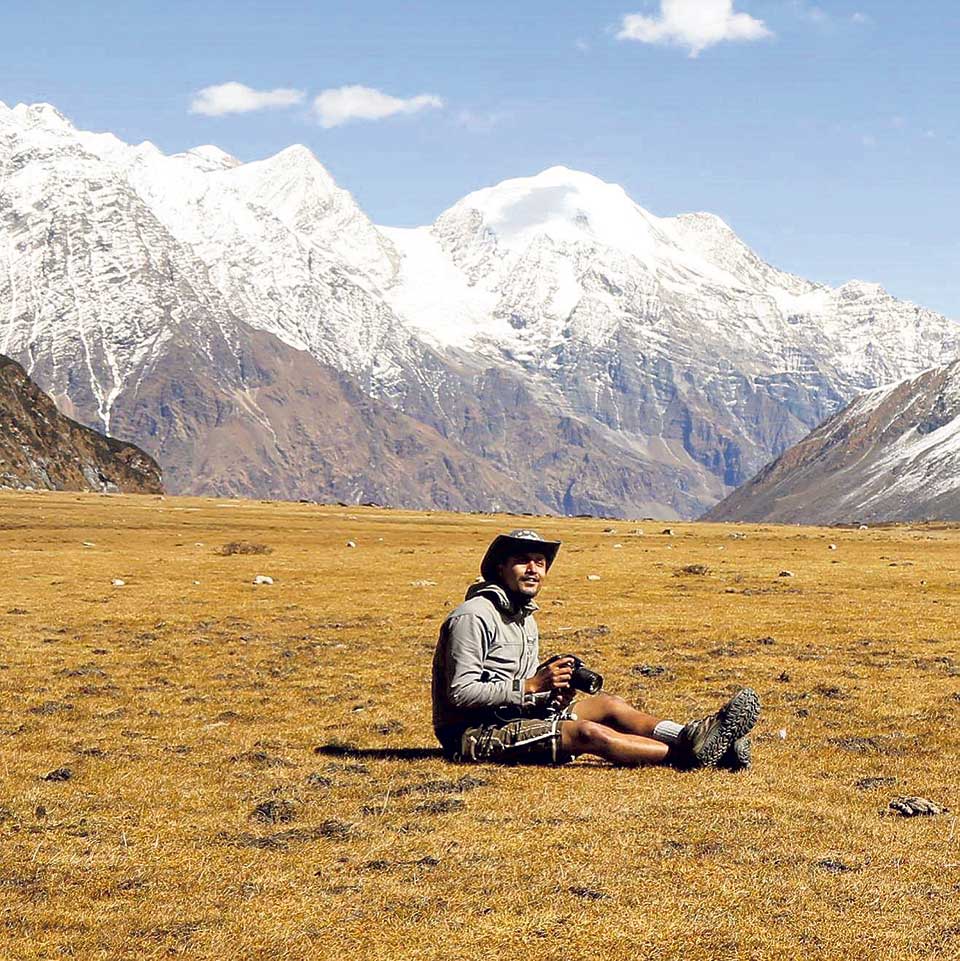 For the past five years, Samip Mainaly has traveled the highs and the lows of Nepal. He has traversed through the familiar trails of the country as well as been to the lesser-known places. As a travel guide, leading groups of travelers to unknown areas of Nepal is what he does best but he is a travel enthusiast himself and confesses he can’t just stay at one place for too long.

And standing testimony to that statement is his impressive travel portfolio. He has been to Kanchenjunga Base Camp, Makalu Base Camp, Gokyo Lake, Everest Base Camp, Cho Rolpa, Langtang, Gosaikunda, Annapurna Base Camp, Mardi Himal, Annapurna Circuit (a trekking route that follows a trail along Manang, Tilicho Lake, Thorong La Pass, and finally Muktinath), Upper Mustang (Lo Manthang), Dhorpatan Hunting Reserve, Rara, and Bardiya. But he says this travel portfolio of his is a work in progress and it certainly won’t just end there.

His earliest trips were to Gosaikunda and he recalls the naivety with which he set on the trip. “I went with a group of friends years ago. We really didn’t have much travel experience so needless to say the trip was almost a total fiasco. We didn’t know what things to carry, where to go, and were lost and cold throughout the trip,” he says adding that as disastrous as it sounds, it did him a world of good. Apparently, it instilled in him a love for the wilderness and an enthusiasm to discover the unseen. “I took to exploring the wilderness even more and haven’t stopped since then,” he says.

Soon into his travel journeys, however, he noticed a recurring pattern: Too many people were visiting the same places. And while the places had their own unparalleled beauty, there were other places that were nothing short of sublime paradises, and hardly anyone was visiting them. He felt the need to do his bit to shed the spotlight on some of these places. Mainaly has, therefore, dedicated himself to exploring the undiscovered areas of Nepal that have been in obscurity. He leads expeditions of tourists, both domestic and foreign, and particularly notes that, despite nationality, the appreciation for Nepal’s rapturous beauty remains a constant factor.

“People only just know about the Everest Base Camp or the Annapurna Base Camp. It’s been quite a pleasure seeing Mardi Himal gain popularity these days. It was, for a very long time, an undiscovered gem but it’s finally gaining the appreciation it deserves,” he says further adding that he hopes to see people visit Makalu and Kanchenjunga as well. He believes that people would not just enjoy a good trip but would also aid in developing the local communities by giving them a steady flow of income. “I always tell people to go visit Rara and Khaptad National Park. You have never seen anything like it ever before. I can guarantee that,” he says.

For Mainaly, traveling isn’t just an activity that he is infatuated with. He considers traveling an essential element to understand life. “Traveling isn’t something that you talk about and tell people to do. It can’t be explained. It’s about a certain understanding that only comes with experience,” he says. According to Mainaly, in some ways, traveling is like one big storytelling adventure. The people you meet and the new places that you see make you question things and thus understand life better. “Being born and dying aren’t just the binaries of life. Life is what’s between it and life in itself is one long travel journey,” he says.

As a NATHAM (National Academy of Tourism and Hotel Management) graduate, Mainaly devotes his days trekking with the juniors of his alma mater with the hopes that they appreciate Nepal in all its grandeur and grace and never need to be reminded of its importance.

Despite the fact that traveling is a risky affair, Mainaly says its one that gives greater returns than what it takes. He recounts an episode of losing track on a voyage to Makalu. The weather took a drastic turn and snow fell rather unceremoniously. There were no happy sentiments attached to the snowfall as is customary with most Nepali people, and the experience was a sordid affair. He remembers being terrified and fearing for his own life. But these are chances everyone must be willing to take, he says.

Mainaly especially urges younger people to travel. “Nepal has so much more to show than you realize and before you label it a backward country, try and see for yourself what it really has in store. It will surprise you,” he says. And to make matters easier, the tourism board is currently working on a new route to Kanchenjunga and many initiatives have been taken to make more remote destinations accessible. High priced permits were always a disincentive for many tourists but Mainaly believes this may change with more places opening up for visits.

“The western region, though, hasn’t been explored much and places like Rara and Dolpo haven’t received the recognition they deserve,” he says adding that these destinations are good places to kick off your Nepal exploration journey. 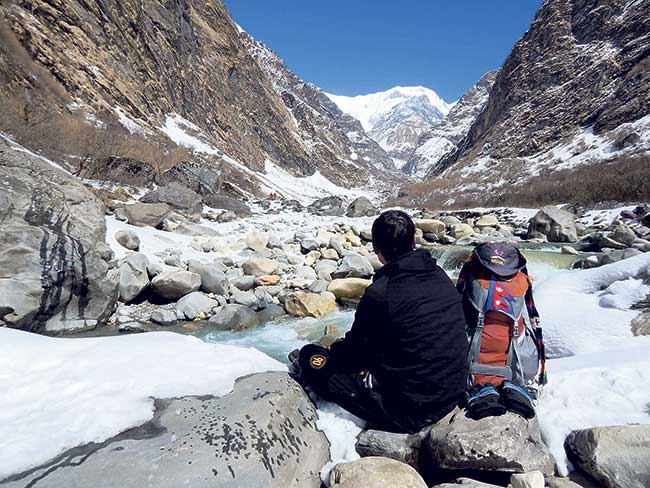 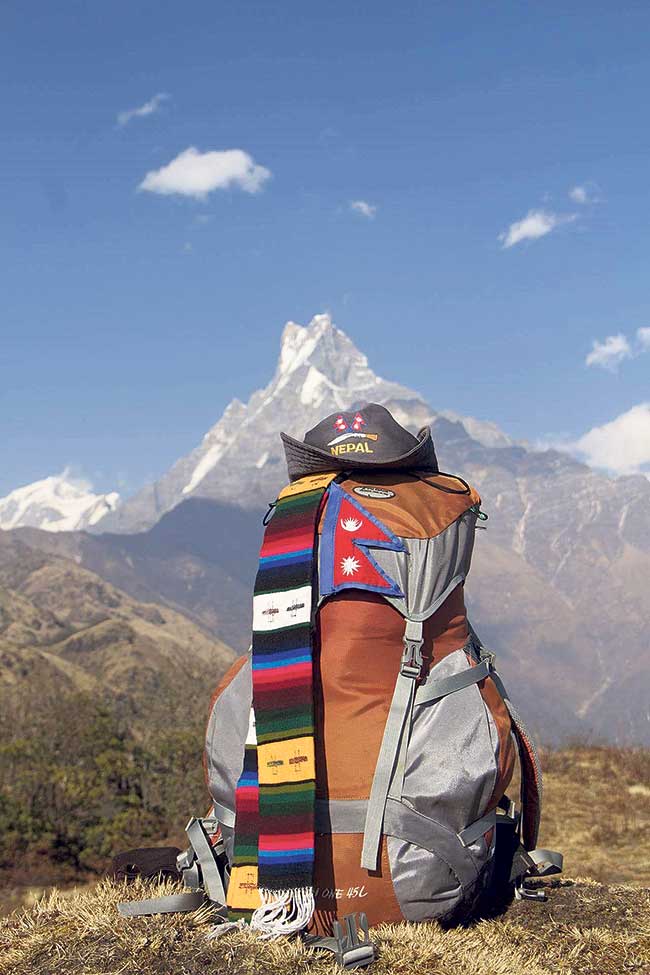 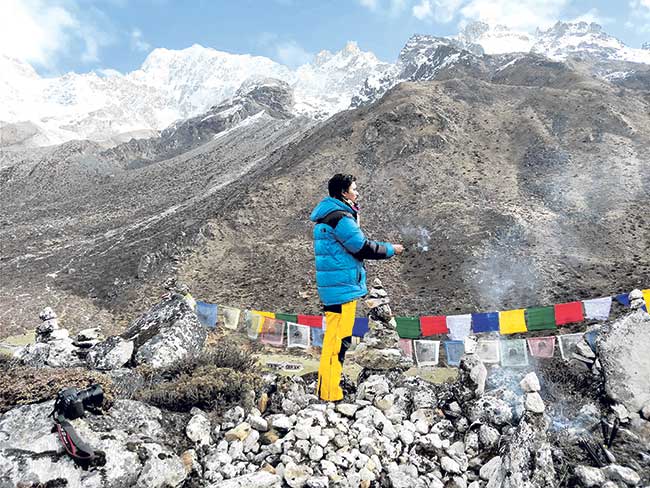 Everybody who loves to travel knows that it is full of pitfalls. One wrong step and your vacation could be... Read More...

Nepal's economy is not likely to be Sri Lankan, but it is possible: Former Governor Chhetri
29 minutes ago