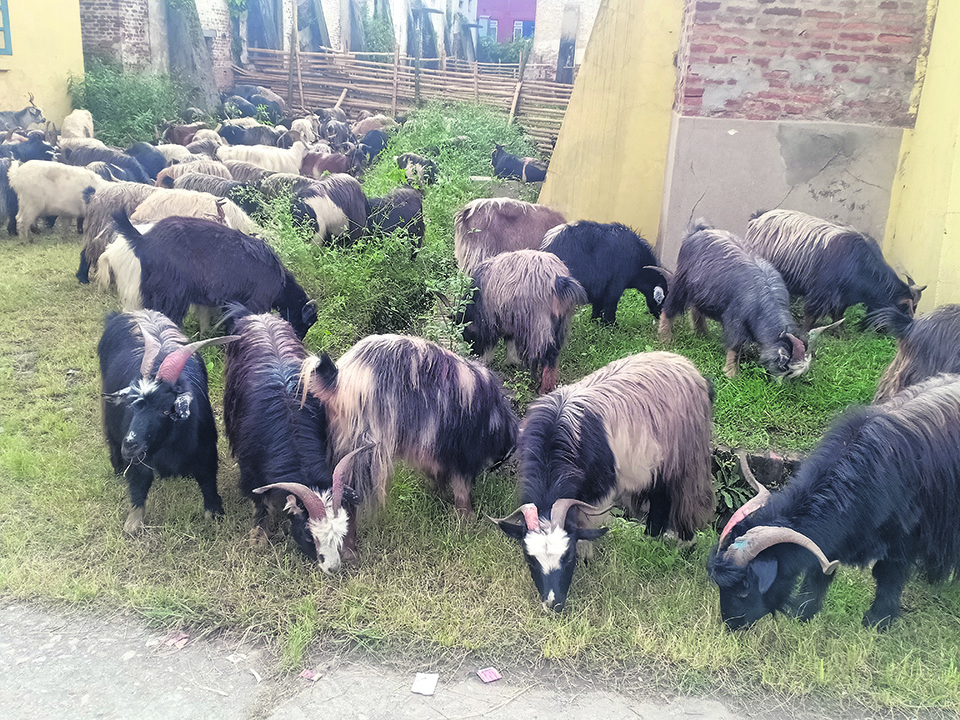 KATHMANDU, Oct 15: Food Management and Trading Company (FMTC) is preparing to sell mountain goats, which were brought for Dashain but were not consumed, at discounted price. As of Friday, 30 mountain goats are left to be sold.

Total 3,013 goats and mountain goats were bought to Kathmandu, of which 16 died. The FMTC began to sell mountain goats from September 30. A total amount of Rs 54.8 million was collected as of
Friday last week by selling mountain goats and goats brought for Dashain.  The state-owned trading company started selling goats at a discounted price basically for stock clearance.

The FMTC sold goats and mountain goats at concessional price even during the Dashain, while traders were selling at high prices.

"We brought large numbers of mountain goats and goats this year, but there were only limited days to sell them. Goats are sold only up to Nawami (the ninth day of Dashain), and after that the sale goes down. Also, many of the Kathmandu residents had left for the districts during the festivals," said Sharmila Subedi Neupane, the spokesperson for FMTC.

"Comparing the quantity of last year, it was huge increase this year. But we sold good numbers of goats and mountain goats," she said, “Mountain goats are bigger in size, and it takes time to consume it fully. People only buy goats when they need as there is no space to keep it in a place like Kathmandu. So the purchase was a little slow," added Sharmila.

MYAGDI, Oct 9: Mekh Bahadur Nepal who has been trading mountain goats for the last three decades is returning from... Read More...

No hike in public transport fare before festivals, says DoTM

KATHMANDU, Sept 13: The government has decided not to increase the public transport fare before the Dashain festival. ... Read More...