While stating that Prime Minister Oli had shown desire to cling onto power through unconstitutional moves, the former prime ministers have alleged that Oli was involved in threatening the judiciary not just through the party's meetings but also through the attorney general.

They have also taken strong exception to the decision of the caretaker government to export sand, pebbles and stones to India in the name of bridging the trade deficit. While terming the decision anti-national and anti-people, they have cautioned Prime Minister Oli not to create the situation in which foreigners dictate Nepal’s national politics. 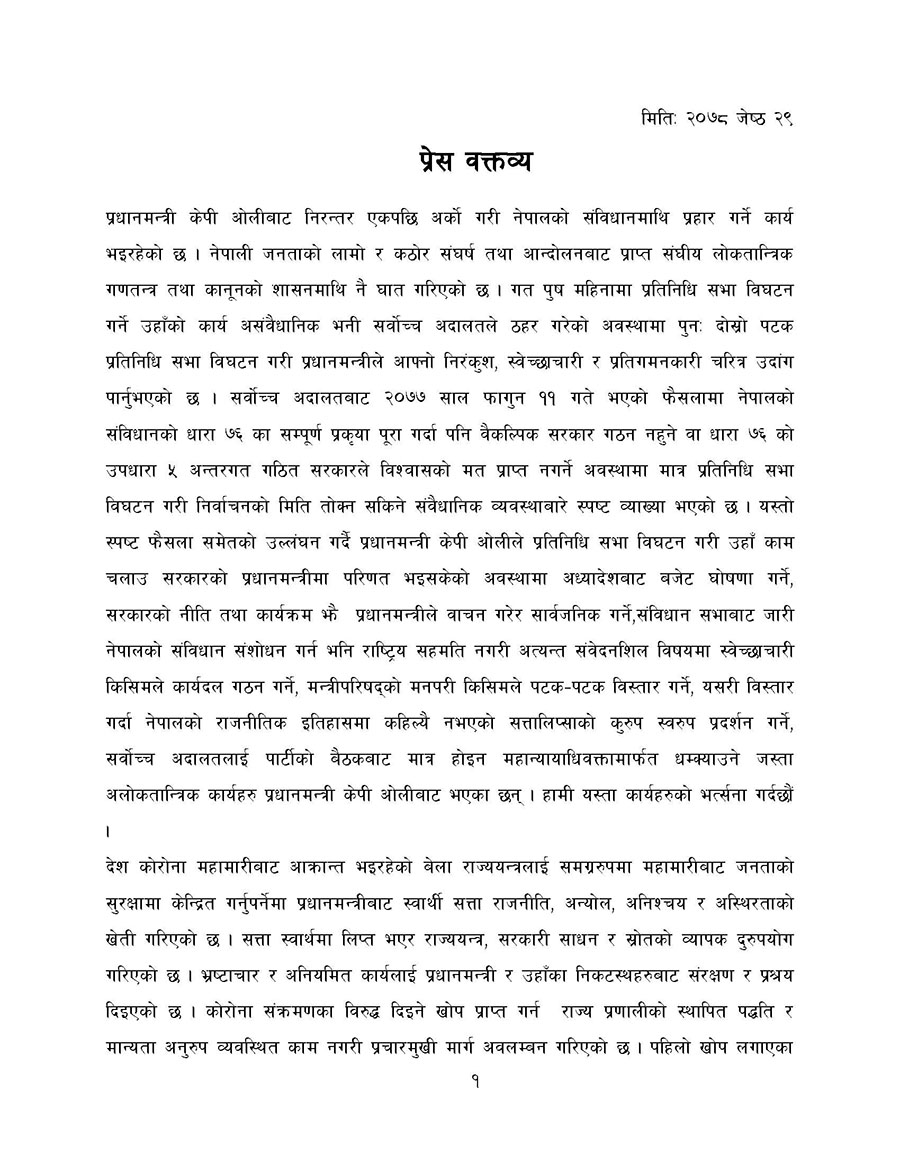 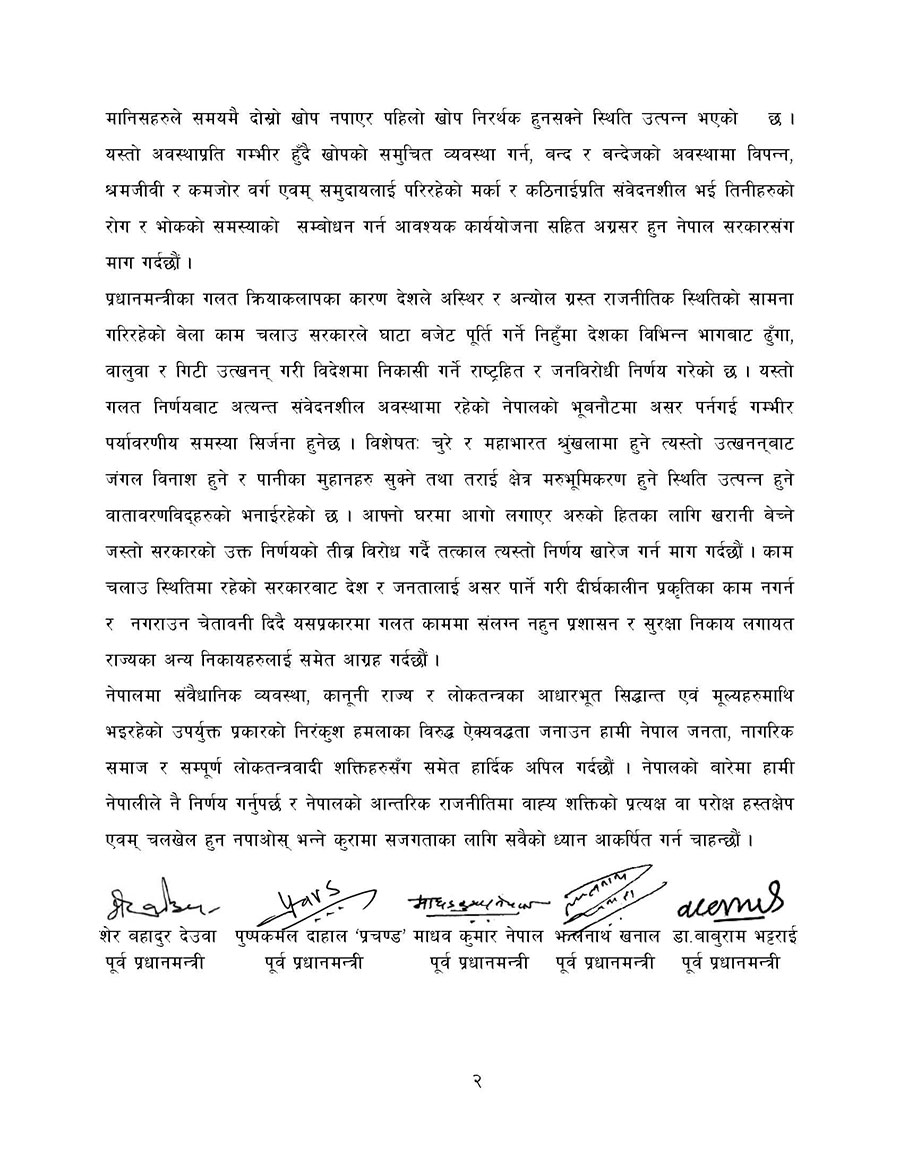 KATHMANDU, Oct 10: Nepal and China will hold discussion on the investment modality for the proposed Nepal-China cross-broader railway during... Read More...

KATHMANDU, July 22: Transparency International Nepal(TIN) has expressed concern over the news regarding the registration of the Baluwatar-based government land... Read More...