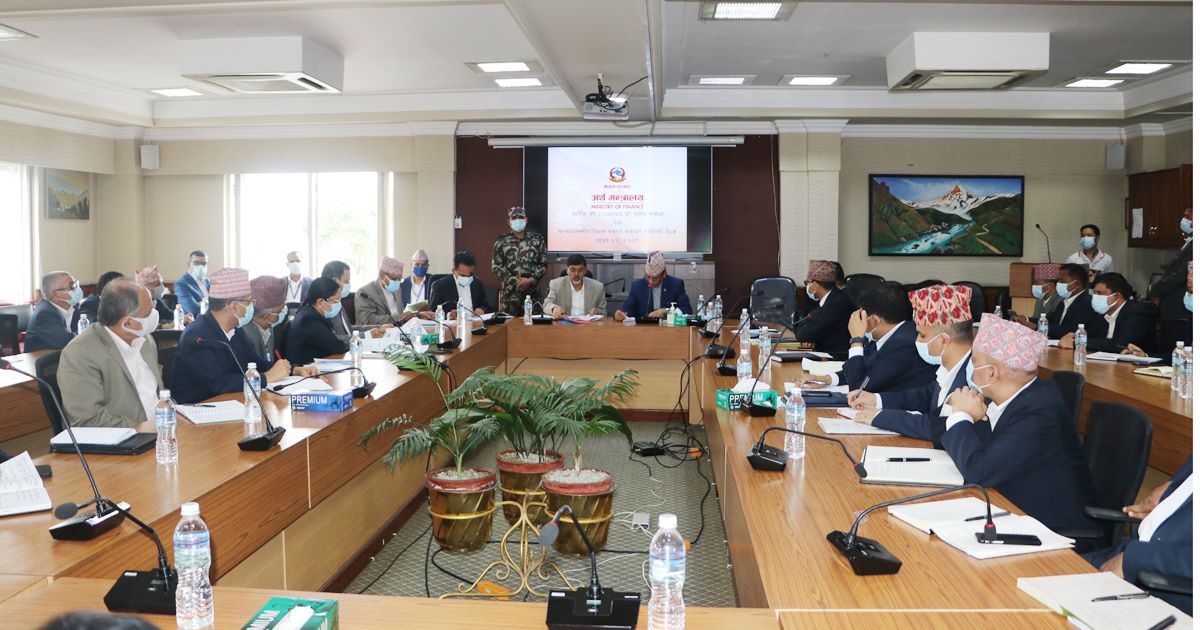 KATHMANDU, August 16: Finance Minister Janardan Sharma has expressed strong dissatisfaction over leaked out information related to the monetary policy 2021/22 before its official announcement on Friday.

A number of online media portals had published some of the critical issues including the ones related to the stock exchange market to be introduced in the policy a few hours before its official release on Friday. Following the incident, Minister Sharma is learnt to have called NRB Governor Maha Prasad Adhikari, asking him to revise the related provisions.

According to a NRB official, Adhikari in response took the consent of the NRB board members orally to revise the leaked issue. In this regard, the threshold of margin loans in particular was made more flexible in the monetary policy than what the central bank was supposed to introduce for the current fiscal year.

Speaking at the Ministerial Development Action Committee (MDAC) meeting on Monday, Minister Sharma asked the authority concerned to consider the issue seriously. “As such anomalies take down the public confidence towards the state mechanism, they have to be immediately stopped,” Sharma said.

Without naming anyone directly, Sharma alleged that the NRB high ranking officials were involved in providing sensitive information under the table, making it a tool for blackmailing. “Rather, the dissemination of information should be done through the spokesperson of the line ministry or the official website of the government bodies concerned,” Sharma said.

KATHMANDU, July 22: Nepal Rastra Bank (NRB) on Friday said that the tightened monetary policy will not affect the government in... Read More...

Without good governance, monetary policy will not be effective

KATHMANDU, August 21: The most important question has never been raised: Can an open economy like Nepal pursue an independent... Read More...