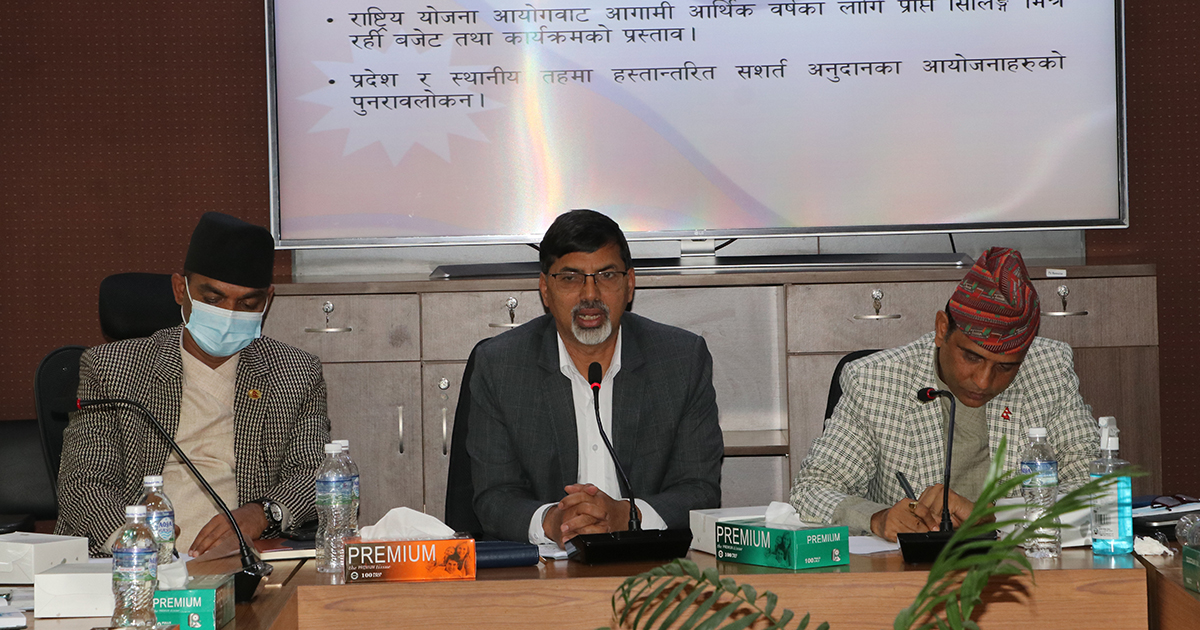 Speaking at a program organized at the Ministry of Finance to review the budgets of 10 ministries with high capital budget allocation till March 8, Finance Minister Sharma directed the officials to implement the budget accordingly as it aims to spend 90 percent of the capital through mid-term review.

"While the mid-term review of the budget had set a target of 90 percent capital expenditure, it seems like the target won’t be met,” he said, "I am concerned that this target will not be met, but so far nothing has gone wrong. Let's all try. Doing so will not make it difficult for us to reach the goal.”

He also pledged that the Ministry of Finance would extend all possible assistance to increase the capital expenditure to 90 percent. “The ministries, which have a large capital budget, have spent less and would not be able to make significant capital expenditure by the end of the year.”

He said that the ministry has been implementing government investment projects, foreign resource projects and small projects in the budget but the people have not been able to experience development as the small projects have been ignored.

“Small-scale projects can be important to the public. We should not ignore such projects,” he said.

KATHMANDU, August 3: The Supreme Court (SC) has rejected a writ petition demanding the formation of a high-level investigation against... Read More...

KATHMANDU, March 30: Finance Minister Janardan Sharma has said that the budget for the coming Fiscal Year 2022/23 will be... Read More...

KATHMANDU, August 29: Finance Minister Janardan Sharma has urged youths to move ahead with a plan to employ 1.5 million... Read More...