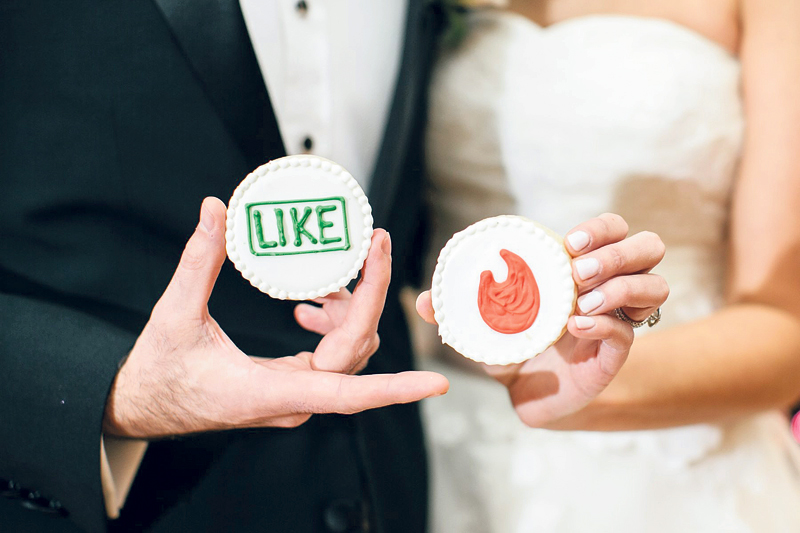 Tinder is a social search service application that needs Facebook to create your profile, and uses location services to facilitate communication between mutually interested users in the same locality, allowing matched users to chat. It is one of the most commonly used dating apps that get more than one billion swipes every day.

Nepal too has seen a growing number of users on this app who are on using it for many different reasons. The Week set out to find the ways in which Tinder has been being used in Nepal. The names in the article have been changed for anonymity.

Bikash Sharma, 25, has a degree in computer engineering and is currently freelancing for a few companies abroad, which means he is working almost all nights and sleeping during the day. “My schedule is so messed up that I have no time to go out and meet my friends, let alone girls,” he shared his woes. Tinder, however, has changed much of that. He doesn’t need to go out to meet girls now. He can swipe from the comfort of his room and set up dates.

He wishes to find a steady girlfriend for himself through the app but is disheartened because most of the girls seem to only want short-term relationships. “When I mentioned that I wanted a long term relationship, girls have laughed at me saying I’m in the wrong place,” he said. Sharma explains that it is hard to find girls in general and especially with his line of work where he doesn’t even have to go to the office, the prospect of meeting girls is really low. He hopes that he will find a girl on Tinder who is also looking for something long lasting as well.

Ujjwal Oli, 27, is a very active on Tinder. He keeps updating his bio and puts new profile pictures on his page almost every single day. However, he will never reply to any messages that his matches happen to send him. After many persuasive messages The Week sent him, we found out that he was in a committed relationship, and didn’t want to cheat on his girlfriend, but wanted to see if he still had enough ‘game’ to get him matches and messages on the dating app.

“It makes me feel good about myself when girls come to talk to me first just based on my photos.  That’s the reason why I’m on Tinder,” said Oli. Even though he has no intention of talking to any of his matches, he still hasn’t told his girlfriend that he is active on Tinder. The app is hidden on his phone and all the notifications for it are off so that she won’t even accidentally find out about his need to validate how good he looks.

You need to have a Facebook account in order to create a profile on Tinder, and once you have an account there is an option where you can hook your Instagram to your profile to allow your potential matches to see more pictures of you and give them a general idea of how you live. This makes it very easy for people to find you on other social networking sites if you don’t get a match on Tinder. There was a man who liked a girl’s profile on Tinder but she swiped left on him, rejecting him. A few days later, the same man had sent a friend request and a follow request on both Facebook and Instagram with the message: “Hi, saw you on Tinder, you are very pretty, add me.” Baffled, she decided to reply and see what prompted him to do so.

Ram Ghale, 24, confessed that he liked all girls on his Tinder and when there is no match, he would send messages to most in hopes that they would talk to him. “I’m not an attractive person and I do not have matches on Tinder so I send messages hoping that once they see I’m interested enough to find them on other social networking sites, they will give me a chance,” he said. And he is not the only one who feels this way. There are many men who swipe right for all the girls in their vicinity hoping to get a match and when they don’t they send messages on other sites hoping to get some attention. Many of the users in the country behave in this manner making some people’s Tinder experience very unpleasant.

These are the worst kind of people on Tinder and can range from teenagers to married men who are looking for an extra marital affair. Some of these men do not realize that the photos on Facebook connect to Tinder and that they even have a family photo on their profile. One such man, Rajendra Parajuli, 49, has a wife and two daughters aged 20 and 22. When called out on his picture, he seemed shocked that the pictures were available to public and asked if there was a way to delete it.

“Things with my wife are very dull and all we seem to do is fight these days. I read online that this was a dating app and I decided to give it a go,” he confessed. He says he doesn’t want his matches to know that he is married, preferring to pretend to be a divorcee instead. He wants to feel the thrill and rush of a new romance and isn’t just looking for a hookup but is interested in a long-term relationship as well.

They use this app purely to hook up and are very straightforward about it. Most of their bios have “DTF” on it to make it clear that they aren’t looking for anything serious so that only those people who aren’t looking for anything serious swipe for them. Most of these people in the country are foreigners who are on a holiday looking forward to some fun as well as getting somebody to show them around and share knowledge of the local culture.

Some people use this app as a way to make new friends and even build professional connections, only swiping for people who have their profession listed on their profile. They usually have no intention of pursuing any romantic relationships with their matches. Aman Shrestha recently came back from having spent years in India and the friends he had left behind have all moved on with their lives and are too busy to catch up with him. Some are married, some have gone abroad and some have jobs that come in the way of the plans they made. “I’m not good at approaching people in real life so with the matches on Tinder, I have a hope of getting to know them a little before meeting them and letting them know that I’m not looking to get romantically involved,” said Shrestha.

Many foreigners who use this app in the country are also only looking for friendship in a strange city, especially if they are traveling alone and are clear from the very beginning that all they are willing to offer is cultural exchange and fun conversations.