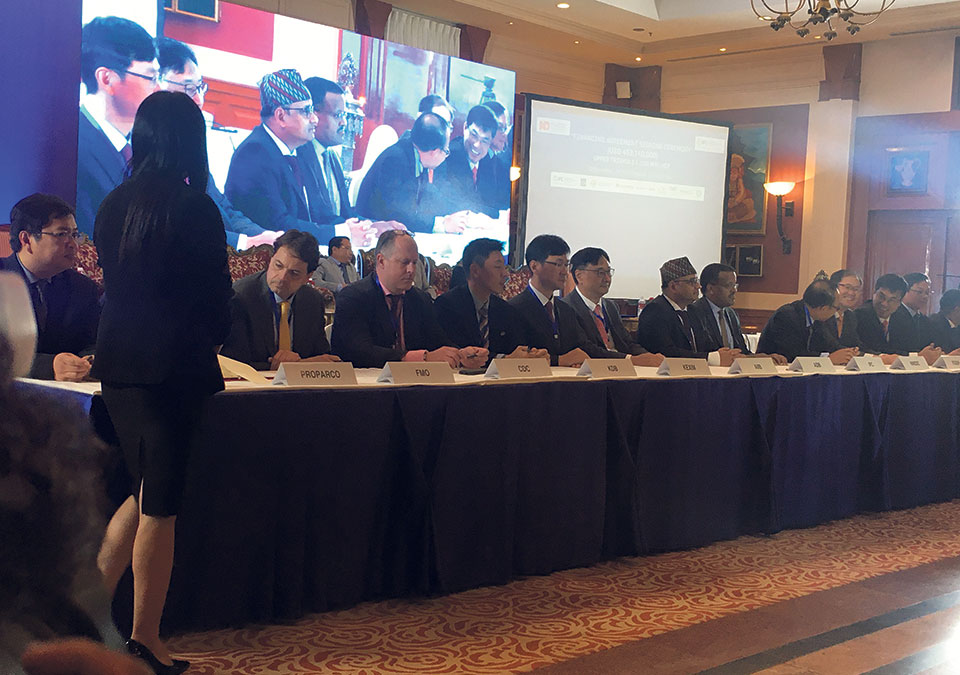 KATHMANDU, Nov 2: Nine international banks and financial institutions are making an investment in what appears to be the largest foreign direct investment (FDI) in the hydropower sector.

Speaking at the agreement signing ceremony, Minister for Energy, Water Resources and Irrigation Barshaman Pun said the project was a game changer as it served as an example of how the private companies could help Nepal expand its hydropower sector and attract the much needed FDI.

He assured of the support, assistance, and coordination needed to expedite the process to meet the timeline set by project development agreement (PDA) for the financial closure.

The hydropower project located in Rasuwa district will generate annual energy of 1,533 GWh from three power generating units of total installed capacity 216 MW. Total 38.75% of the annual capacity will be generated in dry season and the remaining 61.25% will be generated in wet season. The delivery point of such energy generated is the under-construction Trishuli-3B Hub substation in Nuwakot.

Prime Minister Khadga Prasad Oli, in a video message, said it was one of the largest FDI projects of the country. “The project is important as additional 9 million people will benefit as the project comes into operation,” he said.

The project includes 29.5m high dam in Trishuli River, 9.7 kilometer-long headrace tunnel, 292 meter-high vertical pressure tunnel and an underground powerhouse. The project site is located near the Kathmandu load center and can provide a firm power of 104 MW all round the year.

The PDA of the project was signed between the government and the company on December 29, 2016. The Power Purchase Agreement (PPA) was signed between the company and Nepal Electricity Authority (NEA) on January 28, 2018 based on the posted rate of NEA. Addressing the signing ceremony, Finance Minister Yuba Raj Khatiwada said the project was a pilot project for bigger projects. “The project needs to be taken as a trial project in order to build confidence for bigger projects,” he said, “We are working on creating investment friendly regulations and have been very clear about the PPA policy including PPA in US dollar terms.” He said that land and forest acquisitions have been made very simple.

According to NWEDC, the construction of the project will commence after the approval of the

Prime Minister K P Sharma Oli made all the right noises about Nepal’s need for foreign investment on the opening... Read More...