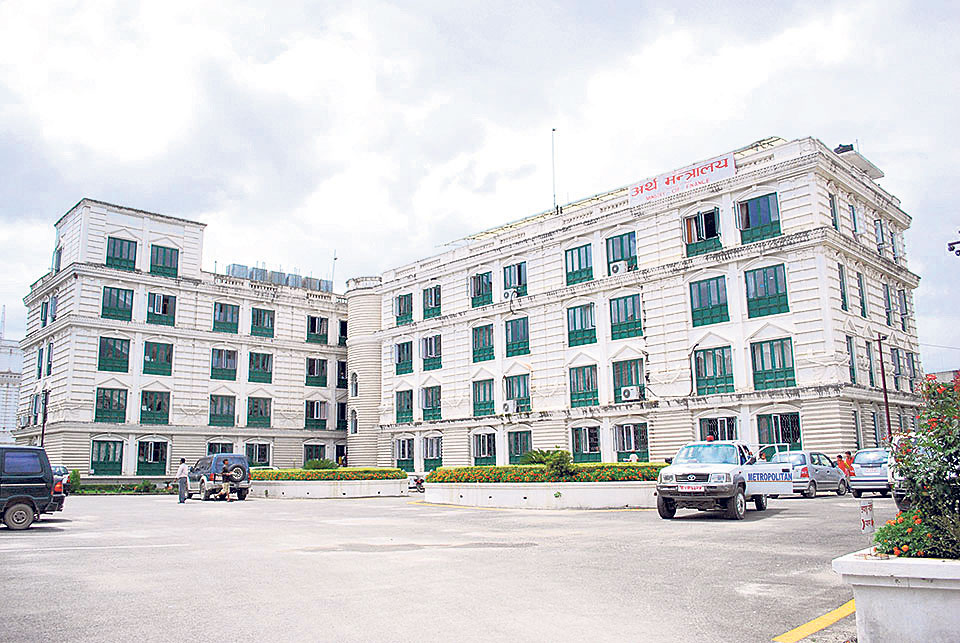 KATHMANDU, June 27: The government is yet to receive Rs 43 billion from development partners in reimbursements for spending made on various donor-funded projects and programs.

Reimbursements refer to the money that development partners transfer to the government coffers after the spending is made in any project or programs that they have financed.

According to the finance ministry, the government has received a total of Rs 63 billion in reimbursements from development partners in the first 11 months of the current fiscal year – FY2018/19. While the fiscal year-end is just three weeks away, the possibility of the government receiving all outstanding reimbursements from the donors is very low.

Amid delay in obtaining funds for the expenses made on various projects financed by donor agencies, Minister for Finance, Yuba Raj Khatiwada, has instructed respective agencies and authorities to expedite the process of receiving reimbursements. The instruction comes in the wake of widening balance of payment (BoP) deficit of the country in recent months.

According to the Nepal Rastra Bank (NRB), the BOP – the account that records the total transactions of the country with the rest of the world – slipped into a deficit of Rs 68.2 billion over the first ten months of the current fiscal year compared to the deficit of Rs 18.93 billion in the corresponding period of the last fiscal year 2017/18.

Uttar Kumar Khatri, a joint secretary at the MoF, told Republica that the government has been making efforts to get all reimbursements by mid-July i.e. the fiscal year-end. “The total reimbursements we have received under foreign assistance so far is better than the last fiscal year. However, there is still a huge amount that we have to get from the donors. The reimbursement dues get accumulated as many project works are carried out in the last months of the fiscal year,” said Khatri, who is also the spokesperson of the ministry.

“While some project executing agencies are preparing bills and invoices as well as reports of the physical and financial progress, others have already claimed reimbursements from donor agencies. The reimbursements are made after the due process is completed,” he added.

Rs 34 billion in reimbursements still to be claimed

KATHMANDU, Feb 1: The government is yet to claim reimbursements worth Rs 34 billion from different development partners. ... Read More...