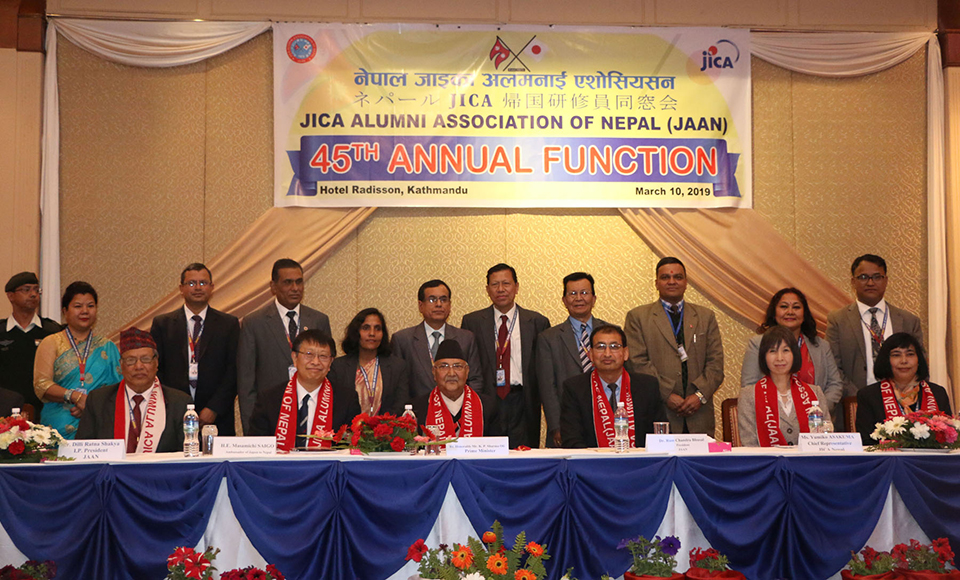 KATHMANDU, Mar 10: Prime Minister KP Sharma Oli said that Nepal needed support from its neighboring countries as well as from the development partners to accelerate its development.

Addressing the 45th anniversary of the Nepal-Japan Alumni Association of Nepal (JAAN) here today, PM Oli said, “We need development and it is not going to happen through our sole effort. We need to move ahead coordinating efforts for our progress with our development partners, because Nepal, following the political struggle, is moving on the path of development.”

Stating that the incumbent government was going to organize an international investment summit in Kathmandu in near future to attract foreign investment and support in Nepal’s development sector, Oli argued that international cooperation and investment were necessary for the development.

Furthermore, the PM mentioned that there had been a continuous exchange of cooperation between Nepal and Japan in the sector of education, health and physical construction among others following the decade long diplomatic ties between the two countries.

He also lauded Japan’s support to Nepal in the latter’s tumultuous times.

Wishing that the devastation in Hiroshima and Nagasaki of Japan during World War Second became the last one, the PM said, "We're always for peace. Japan has made unprecedented development rising from the destruction. We want the transfer of technology from Japan to Nepal."

On the occasion, Japanese Ambassador to Nepal, Masashi Ogawa, urged the Association members to devote to Nepal's developments with the use of knowledge and skills gained in Japan.

JICA representative in Nepal praised the Association's activities in the development and social sectors.

The Association was established some 44 years back by the Nepali who returned to the country after gaining knowledge and training in Japan over time. RSS