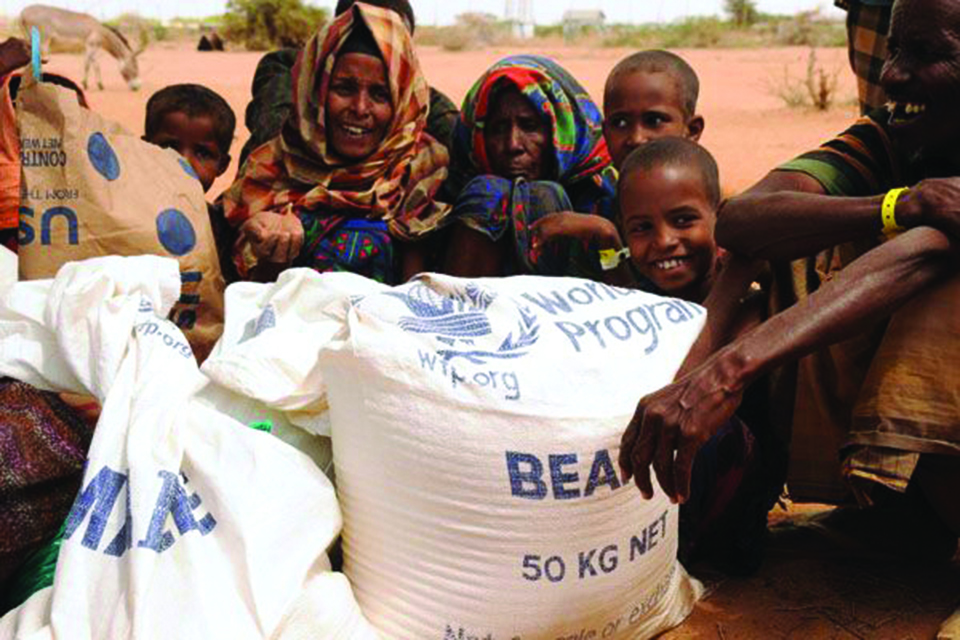 Our children want to ensure that their children will live in a world where safe, healthy, nutritious food is always available and always accessible

All United Nations member countries have committed themselves to eradicate hunger and malnutrition in all its forms by 2030. This was a bold and ambitious move, but it seemed achievable after decades of declines in the number of hungry people worldwide. Here in the Asia-Pacific region we saw some of the most impressive declines until just recently. Yet, today, there are still nearly half-a-billion undernourished people in this region—some 490 million—far more than in any other part of the world.

Countries of Asia and the Pacific can still reach that target of Zero Hunger by 2030, but the road ahead will be littered with obstacles. That means countries, UN organizations and other partners must prepare now for the roadworks and detours that we know are just around the next bend.

So let’s face up to these challenges now. Let’s name the obstacles and then let’s take action to overcome them.

First, we know the region’s population will continue to grow, leading to increased demand for food. Most of that population growth in Asia will be in the least developed countries. Urbanization, which infringes on agricultural land and encourages people to adopt different diets and lifestyles, is another challenge to meet. It requires investments in improved rural infrastructure to better link food producers with urban areas in terms of both transportation and communication.

But the challenge is not only about producing more food—the type of food also matters. In many countries, overweight and obesity are becoming major problems through overconsumption of processed foods high in salt and sugars. This is particularly the case in the Pacific Islands, where imported processed foods are contributing to a public health crisis, with a spike in non-communicable diseases like type-2 diabetes.

On the positive side, some changing dietary patterns are to be welcomed. In Asia, demand for high-protein foods like meat and fish—and dairy products—consumption of which has been soaring for years, will increase even more with the growing population, particularly as livelihoods improve and give people more disposable income, some of which will be spent on food. Consumption of fruits and vegetables is also riding a steady incline.

While this type of dietary diversification is good news for improvements to nutrition, it evidently means that farmers must adapt and change what they grow to meet the shifting demands. Fortunately these new crops and products offer opportunities for greater incomes. But for an Asian smallholder farmer who has been growing nothing but rice for decades, it may seem risky to make the transition. This is where policymakers must step forward with better seeds and breeds for farmers to choose from, deliver more information on good crop management and design social protection programs to manage risks. These interventions will need to target youth, as many current farmers are getting older and will not be able to farm much longer.

Rural social protection programs in Asia and the Pacific are also important for another reason. Climate change and, in particular, extreme weather events have increasingly ravaged many countries in recent years. When looked at regionally, the list is startling. Typhoon Hato in southern China, a summer drought followed by a severe winter in Mongolia, the worst drought in nearly a century in Vietnam and another in Sri Lanka. During the last two years torrential monsoon rains in Bangladesh, India and Nepal have resulted in floods and landslides. Tropical Cyclone Winston that struck Fiji in early 2016 impacted more than half-a-million people—well over half the population.

That is why it is important to note that, this month in Fiji, Food and Agriculture Organization (FAO) of the United Nations is convening its 34th Session of the Regional Conference for Asia and the Pacific. These challenges above, and a number of other major issues on food security and better nutrition, will be discussed by 46 member nations from across the region. These countries and their policy makers are very aware of the challenges they face and are working with FAO to find solutions.

But with fewer than 12 years remaining to meet the 2030 Agenda of achieving the 17 Sustainable Development Goals, the countries of Asia and the Pacific have no time to waste. The next generation is counting on us all to fix the problems of hunger and malnutrition, while adapting our food production and natural resource base to withstand the negative effects of climate change. Our children want to ensure that their children will live in a world where safe, healthy, nutritious food is always available and always accessible. It’s time to get on with the job.

YANGON, March 6: At least 30 people were killed Monday in a day of intense fighting in a town on Myanmar's... Read More...