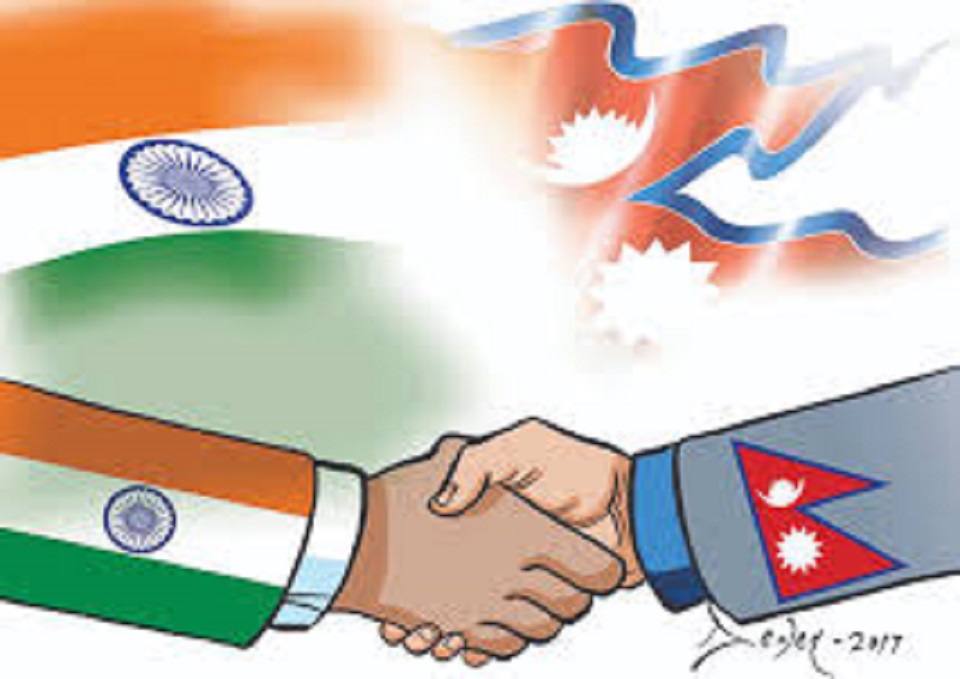 Prem Singh Basnyat is Brigadier General (Retired) of Nepal Army. PhD in military history, he has authored several books on military and political history of Nepal, besides being a visiting lecturer to universities in Nepal and abroad. He is also the Chairman of Nepal Museum Association.
basnyatp@hotmail.com

India not respecting Nepal’s territorial integrity and sovereignty has been the root cause to spoil the age-old friendly relations between the two countries.

As India stood reluctant to resolve the border matters with Nepal, the government of Nepal has published the new political map including Limpiyadhura Lipulekh and Kalapani region, the land which belongs to Nepal but which India claims and which it is even occupying. Since this incident, there have been several interpretations and discussions regarding India’s intention vis-à-vis Nepal. People are angry, sad and agitated by the recent behaviors from Indian side. But the type of response and reaction coming from Indian side and its deferral to resolving border issues through friendly peaceful diplomatic dialogues reinforces the fact that India has not changed its old habits when it comes to dealing with Nepal. For those who follow history, India’s overbearing attitude and behaviors with its neighboring countries is not new.

Ever since independence in 1947, India has been doing one or other thing to destabilize the countries in the neighborhood. It supports one group over others or plays one card against others. It supported separatist Tamil rebels of Sri Lanka with arms, cash and training. It also helped several ‘Free Tibet’ separatist groups in one way or the other. India blames Nepal of sheltering terrorists against India. But from 1996 to 2006, it was giving shelter to Maoists even by providing them with weapons and training.

After King Gyanendra’s takeover on February 1, 2005, when in the SAARC Summit of Bangladesh King Gyanendra proposed China as observer, India accused Nepal of playing ‘China Card’ and brought the seven political parties and Maoists together to abolish monarchy. A few European countries and organizations like Carter Center supported that design to weaken Hindu, Buddhist and other ancient religions. People like Shyam Sharan and SD Muni worked to quicken the process of undoing monarchy and Hindu religion. Muni wrote in 1993 in his controversial article that monarchy and democracy cannot coexist in Nepal, and therefore the Nepalis should choose one. Baburam Bhattarai followed him.

Maoist leaders and leaders of other parties were operating in nexus with the Indian officials and intelligence. Then UML leaders would secretly go to meet Maoist leaders in Gorakhpur, Silgurhi and Lucknow. Nepali Congress president Girija Prasad Koirala met the Maoist leaders in New Delhi. How could he do so without the help of the intelligence group and the security forces? In New Delhi, Maoist leaders walked freely. How can Indian security agencies have been unaware of this? With all such support, Maoists were able to challenge the state of Nepal.

Providing such support to rebel groups is not an isolated incident for India. Establishment- 22 or Special Frontier Force had given special training to Tamil separatist groups of Sri Lanka in the training center of Chakrata, Dehradun. The Liberation Front of Bangladesh had also received training in the same place. Maoists must have been trained there. Maoists were not homegrown rebels.

India refused to recognize Nepal as a Zone of Peace while as many as 166 countries including America, Russia, China, Britain and France supported the proposal brought by King Birendra in 1975. When Nepal was fighting the Maoist insurgency and was dealing with a German company to purchase HKG 36 rifles, India asked Nepal to purchase INSAS rifles. INSAS rifles were ineffective. By forcibly giving Nepal the INSAS rifles, India intended to save the Maoists from being killed in the army operation. This author, while in active service in Nepal Army, had seen how the headquarters cautioned against carrying many INSAS rifles in operation. It was wise of Nepal Army headquarters to take this precaution. Otherwise Maoists could cause more damage to Nepal Army aside.

Concurrently, India was also concentrating its efforts to force Nepal to allow Consulate Office in Birgunj, Pension camp in Butwal and the ratification of the citizenship bill from the parliament. The bill was detrimental to the security and sovereignty of Nepal and therefore it had not been entertained. The first thing that happened after the end of monarchy in Nepal was to make citizenship provisions extremely liberal.

History has the record that India was behind all the political changes—from 1950 to 2006. For each change, India has sought citizenship law that makes it easier for Indian nationals to acquire Nepali citizenship in order to render the Nepalis by descent in minority. King Birendra, apprehensive of the far reaching negative impact of the citizenship bill, had wisely managed to stop it via the Supreme Court. Another interest behind supporting the political change is to seek control over Nepal’s rivers and natural resources. All political parties have conceded to India on these fronts.

But after 12-point agreement, Girija Prasad Koirala government opened easy way for Indian nationals to obtain Nepali citizenship. The King could do nothing about it because he was stripped of power.

When India saw that Maoists were not serving their interests and was inching closer to China, it displaced Maoists too. India fielded the Maoists to overthrow monarchy. To bring it down to size it played the Madhesh card. Vibek Shah writes in Maile Dekheko Durbar of a dinner meeting in April 2007 in a house of Dhiraj Mukhiya, a Darjeeling based second class secretary, where a selected few Nepali leaders were called to join. That same day, 27 Maoist cadres were killed in Gaur of Rautahat. Shah writes about officials from the Indian Embassy talking over cell phones turn by turn, updating about Gaur massacre. Nepali leaders know in whose interest and instruction the Gaur massacre was carried out.

The long-term goal of India seems to be to turn Nepal into another Sikkim if possible, and if not a puppet country like Bhutan. Indian leaders since Nehru have made this objective clear through their actions and policies toward Nepal.

India including Limpiyadhura, Lipulekh and Kalapani in its map is part of the same game plan. Sad thing is some bureaucrats and self-proclaimed Nepali scholars are supporting India in this process. Since 1950, India has been successful to have its say in Nepal because it has been able to keep some Nepalis under its control by tempting them with various inducements. India is not to be blamed for this. We have a lot of fifth columnists here. Think of this. Hardly any former chiefs of Nepal Army have spoken on behalf of Nepal on this matter of huge territorial importance.

Let us be friends

We can make and change our friends but we cannot change our neighbor. India would do itself more favor if it considered respecting the sovereignty of Nepal, sitting for talks to settle the border disputes and honoring the age old Nepal-India relations.

Indian regime must heed the voices coming from Nepal.  Many in Nepal do not speak up and write critically about India because there is a fear among them that India can (does) finish off such people. So many scholars prefer to stay quiet.  The vibrant democracy of India should not keep such attitude, whether real or imaginary.

India not respecting Nepal’s territorial integrity and sovereignty has been the root cause to spoil the age-old friendly relations between the two countries. Indian side needs to be prepared to give up the old habits and maintain the relation with Nepal in a true friendly and neighborly spirit.

Basnyat, Brigadier General (Retired) of Nepal Army, is the author of “A Soldier's Cry: Chronicles of Vices against National Security of Nepal” among other books

TU campuses to resume physical classes suspended after COVID-19 outbreak
21 hours ago
Arrest of NC leader Paudel is an indication of totalitarianism: President Deuba
14 hours ago