'Fast and Furious 8': Vin Diesel has his foot on the pedal, but others are running out of steam 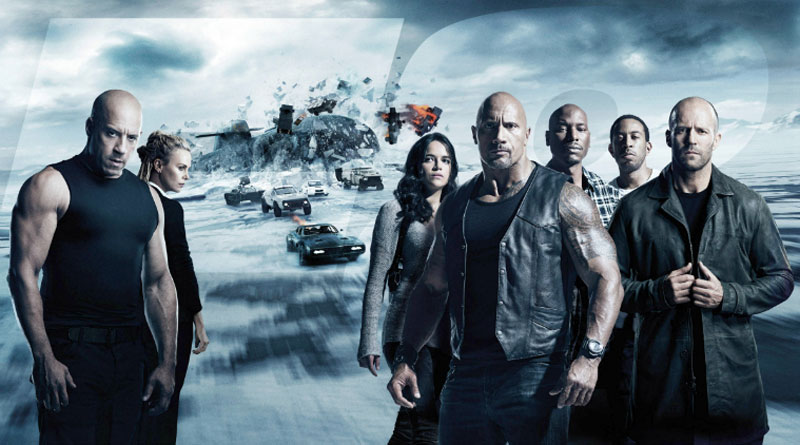 A person with peroxide/platinum blond hair, some amount of digital prowess, and fuzzy ideas about bringing the superpowers to their knees – should Julian Assange have got himself a plane (big), dreadlocks (many) and acquired lissome inches (several), he could have had ideas regarding The Fate of the Furious, aka the eighth film in the Fast and the Furious franchise.

As the case is, we have ourselves a Charlize Theron as the digital whiz-kid ‘Cipher’. She is wicked, she is evil, she is stunning, and she rules this one, without even getting behind a wheel. Yes, Ms Theron appears like she is here to stay. And about time too.

With the late Paul Walker having been bid a long and touching farewell in the last film, we need some people who are not bald and who are not dressed in shirts without sleeves in this franchise. While Diesel still has his foot on the pedal, so to speak, the others are running out of steam, particularly Michelle Rodriguez who looks markedly out of form. The only one who breathes life and humour into the film, without trying too hard, is Jason Statham, who has two scene-stealers, which again have nothing to do with wheels.

Besides, there is the story, which combines a machine that can knock out electricity of an entire city (an official describes that as “return to Stone Age” – no kidding), nuclear codes, Russian defence minister, Russian separatists, abandoned Russian nuclear sites, and a frozen Russian submarine that is the pièce de résistance. If Russia hasn’t yet got out of the rut Hollywood seems to have it in, Cuba is back in the good books, with the film starting with a sequence where Cubans line up on the roads to watch a race between Dom (Diesel) and a local hoodlum that ends in a flaming car but lot of good cheer. It is always interesting to see how quickly a Fast and Furious gets into race mode, and this is lightning speed.

However, Cipher and her weapons of mass destruction all hinge on the other constant theme of this franchise that, in real life, would have been more than $500 million just in insurance costs for the havoc it wreaks as per one official estimate. (Everyone is being nice and not talking about the cost in terms of human deaths, particularly as in this film a wrecking ball slams into cars.) That constant theme would be family, and the film here has Dom and Letty (Rodriguez) talking about starting one, and Hobbs (Johnson) spending his free time training his daughter’s soccer team. There are other father-sons, mother-sons moments here.

What about the cars, you ask? Even as the films come fast and furious (eight in 16 years), there are fewer and fewer grounds left to break. This one, with Gary Gray at the helm for first time, skates on thin ice. Literally.

HOLLYWOOD, March 30: Universal Pictures just surprised everyone by debuting The Fate of the Furious – the eighth installment of its action-packed... Read More...

Actor Vanessa Kirby will join the cast of the Fast and Furious spin-off along with actor Jason Statham and Dwayne... Read More...

Manaslu avalanche: One killed, several others injured
22 hours ago

1,051 people infected with dengue in a single day
21 hours ago