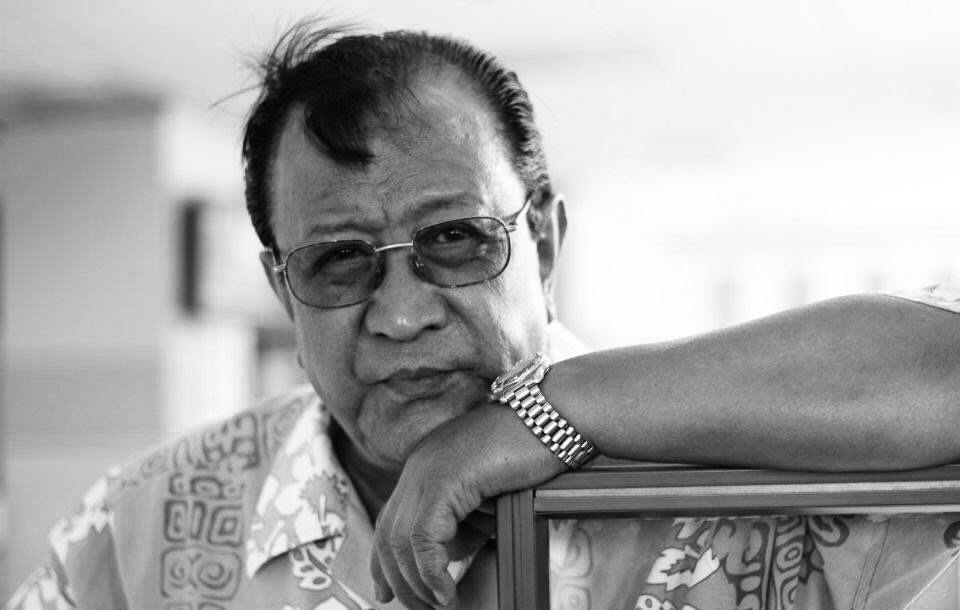 “My body is the battlefield between cancer and the drugs and I’m the punching bag. It’s fun in a terrible way.”

Peter J Karthak, musician, writer, storyteller, husband, father, friend, passed away on Wednesday, April 22, 2020 at 77. He had been diagnosed with cancer just a few weeks earlier and was undergoing treatment at Nepal Cancer Hospital in Hattiban, Lalitpur.

Back home after his first round of chemotherapy last week, he said he got tired and out of breath in no time and so he slumped in his bed for a lifetime of mercy sleep. Now, my friend, I hope you are in a better place.

Peter Sir was the copy editor at The Week, Republica, when I joined the team in June 2011. As a founding staff of Republica, he had already been there for three years when I met him. I found him intimidating and somewhat scary. He had a firm handshake and a no-nonsense attitude. His first words to me were ‘Welcome!’ followed by how young people these days just didn’t know how to write.

I can’t recall how and when we became friends.

One day, I just wasn't complaining about how my articles had more red lines than black, about how he had completely changed my headlines and deleted paragraphs and added his own. I welcomed his suggestions and corrections in my articles because I realized his work added value to mine.

In hindsight, Peter Sir was the kind of person who could easily be misunderstood because he would correct you on everything, and no one likes that. But as you got to know him, he was kind, childlike, and extremely forgiving of people because he knew he wasn’t without faults.

Peter Sir could remember and recall things with amazing clarity. He didn’t need Google – he had an extensive database of facts in his head. And he was seldom, if ever, wrong. Before long, I was in awe of the man and his mind.

But it was when he wrote Kathmandu Cantos, a 25,000+ words piece, that was published in The Week in one of the longest running series, that I got to really know the person behind the formidable façade. I was in charge of reading and segregating the segment that was to be published each week and many times, I got so intrigued by his stories that I would go up to him, without being called, and ask him questions about his life in Darjeeling before he came to Kathmandu in 1966.

Kathmandu Cantos, with some further additions, eventually went on to be published as Nepali Musicmakers by Himal Books in 2018, which he so graciously dedicated to me and a signed copy of which has always been on my bedside table. Here, he reminisces about many Nepali singers and music composers.

Peter Sir loved music and he loved books. He could talk about them for hours on end, and he often did. I would come rushing to work late, run up the stairs and almost always find him standing right at the door smoking a cigarette, which I would force him to put out, and shaking his head he would say, “Okay, Mom!”

He would call me ‘lazy’ in many different, unique ways every single time this happened and tell me he had been at work for over four hours. Then he would start telling me about this book he was reading which would eventually lead to him telling me stories about his Darjeeling days aka the Rock and Roll days when he was the leader of a rock band.

Though he began his literary journey by writing in Nepali – his first book, Pratyek Thhaun: Pratyek Manchhe won the Sajha Puraskar in 1978, he often said he felt much more comfortable writing in English. His first novel in English, Kathmandruids, was published by Book-Hill Publication in 2018 and he was, at the time of his death, working on another novel.

He loved reorganizing his bookshelf as much as he loved to write. He also loved to print out articles he liked and force them on others. He would quite often plonk an inch-high sheaf of papers on my desk as I worked. I frequently lectured him on using paper sparingly and he, in turn, lectured me on the importance of being knowledgeable.

Only Peter Sir could call an 11,000 words long piece a short story – his book Kathmandruids is based on one such “short story”. He had so much to say.

That corner at office, with the window looking out to the street below, will always remind me of you, Peter Sir, as will a steel mug and other little things that I have, over the years, come to associate with you.

I will always think of you when I buy chicken patties at Herman Helmers because you were so fascinated by their tiny size – you could literally wrap your hands around one – and said, “What are these delightful little beings?” every time I got you some.

I will miss hearing your stories, and I will miss your booming laugh.

And I shudder to think what you would have said about this piece of writing.

Honoring the contributions of the Centurian -- Rastrakavi Madhav Prasadh Ghimire -- in Nepali literature, Nepathya released the video of... Read More...