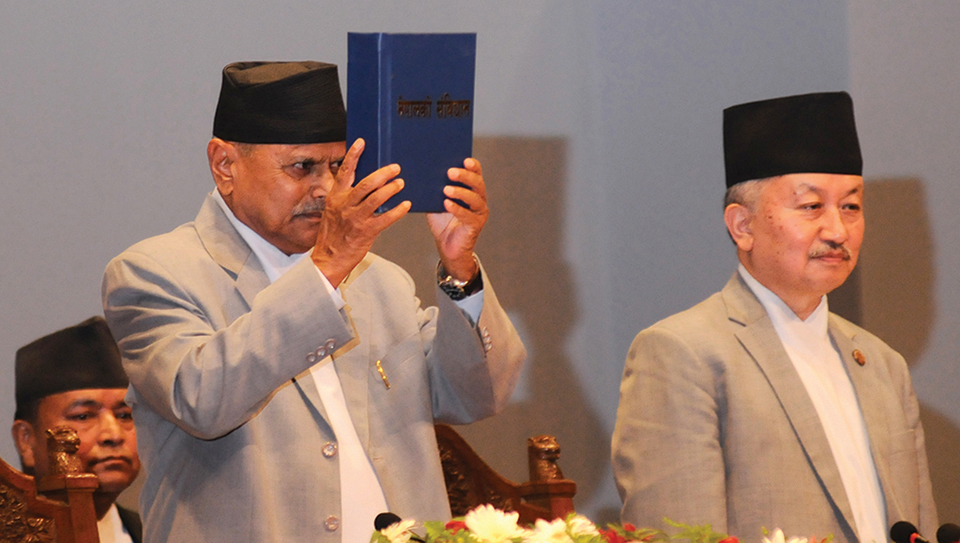 Yes, the constitution is a historic document but it has still failed to become the people’s document for it is not still wholly accepted by the excluded and marginalized communities

Had the constitution been the best document, why did the then Prime Minister Sushil Koirala, on the day of the constitution promulgation itself, express commitment for its immediate amendment? Accordingly, the first amendment was made to the constitution in January 2016, four months after its promulgation. In response to the demands of Madhes-based parties, Article 42 and Article 286 were amended to ensure proportional representation and electoral constituencies based on population. The author himself is assuming privilege of proportional inclusion in his recent selection as a judicial officer.

The country celebrated the fourth anniversary of the constitution on September 20, 2019. Despite continuing resistance and challenges, this constitution has successfully been implemented. The implementation of this constitution marks the implementation of republicanism, federalism and secularism. In that sense, this marks a new beginning in Nepal’s political history.  In Nepal’s history, this is the first ever constitution written by people’s representatives. And it was the outcome of people’s aspiration expressed during various movements—People’s Movement 2006 and Madhes Movements (2007, 2008 and 2015). But this has failed to become the people’s document for it is still not wholly accepted by the excluded and marginalized communities, including Madhesis and Thaurs.

Even constitution of 1962, enacted under autocratic Panchayat regime, did not discriminate against foreign women marrying Nepali men. They were naturalized citizens but their status was equal to the citizens by decent.

Thus Jivesh Jha seems to have forgotten a crucial flaw of this constitution. The judiciary under this federal constitution has still remained unitary. This has become a major challenge for not only in providing access to and delivery of justice but it has also created confusions among judicial institutions and actors regarding their jurisdictions.

Statute of haste
Let’s not forget that the constitution was promulgated in a forced manner. Although the Rule 93(3) of the Constituent Assembly Rules of Procedure 2014 stipulated a week’s time for the feedback and suggestion from the Constituent Assembly members once the draft was produced in the assembly, it was not observed. In addition, there was undeclared whip issued by the top leadership of major political parties that any member going against the party line would have to face an action. This prohibited many members from registering their amendment proposals on the draft. This led to the passage of some conservative clauses in the constitution.

On the day of promulgation, Satrudhan Patel in Birgunj was shot dead by police in anti-constitution demonstrations.  Constitution was promulgated on the majoritarian approach. The same approach is being used for its implementation as well. In due course of the implementation, power is being centralized, federalism is being weakened, discrimination and marginalization has deepened, judiciary has been politicized and constitutional bodies have been made weak.

Thus, the government should acknowledge that people still have dissatisfactions. The major political parties, both the ruling and opposition, should try to accommodate them through the amendment. Then only will the constitution become a perfect document.

Constitution amendment proposal to be registered within mid-Nov: PM

KATHMANDU, Oct 30: Prime Minister Pushpa Kamal Dahal, who had been saying of registering the constitution amendment proposal at the parliament... Read More...