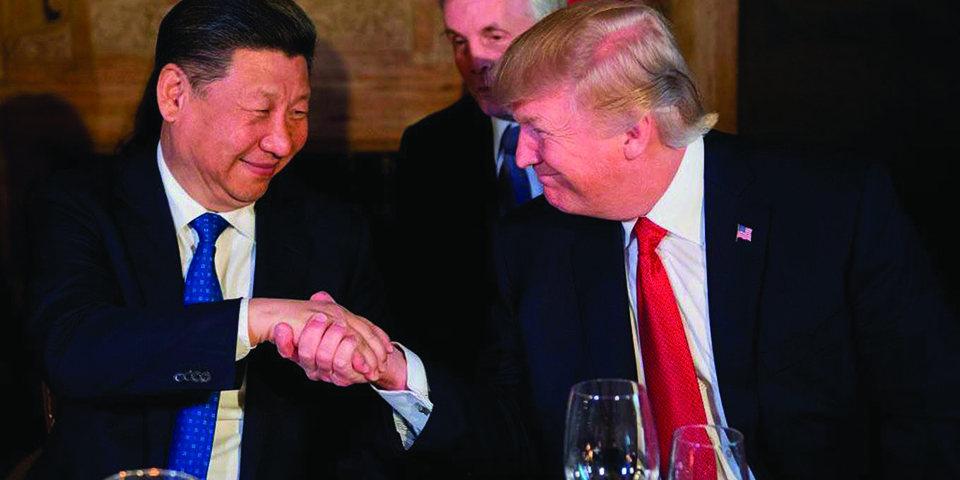 BEIJING – The agreement in Buenos Aires last December between US President Donald Trump and his Chinese counterpart, Xi Jinping, led many to assume that the two countries’ trade war would soon be over. Although such optimism is misplaced, so are fears of a global economic meltdown caused by a rupture in US-China relations.

Frequent bilateral skirmishes will no doubt continue, as we saw with the arrest in early December of Huawei CFO Meng Wanzhou. But for all the economic rivalry and political disagreement between the United States and China, a catastrophic outcome is unlikely, so long as the US faces reality in three ways.

For starters, US policymakers need to accept the “new normal” of a China that boasts the world’s largest GDP (in purchasing-power parity terms). Just as the US was the largest economy in the twentieth century, China will be in the twenty-first. But under any scenario, America will of course remain a major economic power.

Second, the US must acknowledge the need for structural economic reforms at home, just as China did four decades ago, albeit with a very different focus and trajectory. Rather than blaming its huge trade deficit on other countries’ supposedly unfair trade practices, the US should consider its own unsustainable economic policies, deteriorating industrial capacity, and insufficient investment in infrastructure, education, and training. If US policymakers keep focusing on pleasing Wall Street, big business, and neoliberal economists, then the country’s economic performance will suffer and wealth inequalities among Americans will continue to widen. This in turn will raise the risk of further social instability, extremism, and populism. US elites cannot afford to ignore obvious warning signs in the same way they overlooked the subprime mortgage bubble that triggered the 2008 financial crisis.

Finally, America needs a better understanding of China’s geopolitical outlook and intentions—an area where incorrect assessments may lead to unnecessary conflict. For example, although Western theories of international relations predict that China’s economic strength is bound to turn it into a dominant global power, the country’s history suggests otherwise.

China has never pursued aggressive geographical expansion, even when it had the power to do so. This is consistent with an important classical teaching for Chinese emperors known as the Doctrine of Mean, which holds that attempts to seek world domination always lead to national destruction and bring misfortune to the people.

In addition, China was severely affected by the imperialism and colonialism of other powers in the not-too-distant past and has no wish to repeat the experience. Significantly, China has refrained from interfering in other countries’ internal politics during the recent build-up of its defense capabilities.

Many global leaders, particularly Trump and Russian President Vladimir Putin, seem to believe military power and strategic coercion are the best ways to measure competitiveness and guarantee security. But military and political domination backed by force or bullying are no longer critical or even relevant in international relations.

What China wants is a fair and open global system in which all can participate equitably and that encourages economic cooperation. It wants to continue raising its people’s wellbeing and believes that world peace can best be sustained when all countries are economically successful. And of course, as one of the leading economies, China itself stands to benefit greatly from a peaceful world.

But China’s leaders face serious challenges of their own in maintaining the country’s economic expansion. Although domestic firms are competitive in certain traditional manufacturing sectors, with growing potential in many others, China relies heavily on imports of sophisticated goods—for example, medical supplies—from the West. And last year’s US ban on the sale of advanced semiconductor chips to telecom company ZTE, after the latter violated US export rules, clearly demonstrated China’s technological inadequacy. Moreover, China must create enough jobs for the world’s largest working population, including eight million university graduates each year, even as it must also manage the burdens of an aging society.

In these testing times, an ideological battle over which economic development model is superior would benefit no one. As the world’s two largest economies, the US and China have a special responsibility to manage a peaceful transition to a new multipolar international order. They will do this most effectively by cooperating and jointly managing the challenges that will inevitably arise.

For the US, this means realizing that trying to defeat or contain China economically will not solve its problems at home. America’s national interests would be far better served by facing reality and accommodating China’s rise.