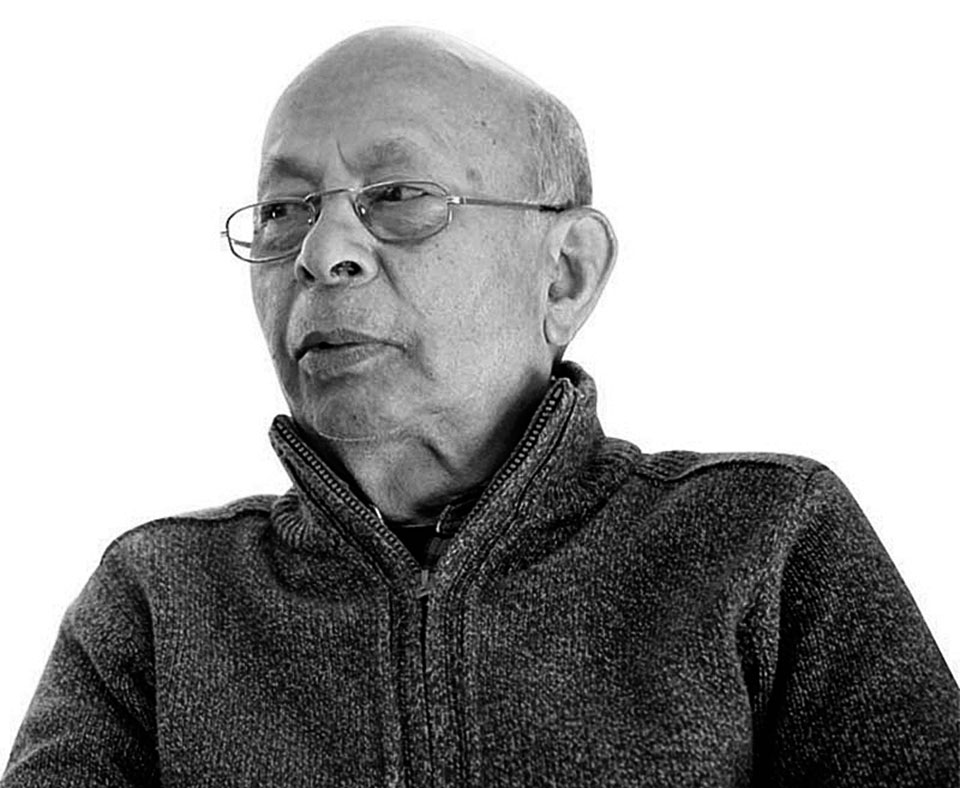 KATHMANDU, Aug 21: Former Nepali ambassador to France Keshav Jha has been found ‘murdered’ at his residence at Babarmahal, Kathmandu on Monday morning. He was found dead at around 6 am.

Jha’s wife had called the police informing them of the incident after she, along with the security guard and two gardeners at the residence, went into the room of the retired diplomat and found him dead.

Police have claimed that the incident was a murder after initial reports revealed that the 80-year-old retired diplomat was found with deep wounds to his head and throat. Chief of Metropolitan Police Range, Kathmandu Senior Superintendent of Police (SSP) Basanta Lama has also affirmed that a kitchen knife from the house was used to inflict the wounds.

He also informed that the murderer broke into Jha’s room by cutting the mosquito wire mesh in the window. Forensic report has revealed that the incident took place at around 1 am.

“On the one hand no belongings have been found missing, and on the other hand, we have found out that all the outside doors of the house were locked from outside,” said Spokesman for Metropolitan Police Range, Kathmandu Deputy Superintendent of Police (DSP) Mohan Thapa claiming that these findings suggest that the incident was indeed a murder.

The Crime Division of the Metropolitan Police has started further investigation into the incident by taking three suspects in custody for interrogation. “The security guard and the two gardeners have been taken into custody,” Chief of Crime Division of the Metropolitan Police SSP Dhiraj Pratap Singh said. When the police reached the house, the security guard was at the incident site while the other two gardeners were arrested from outside. The security guard had been working in the household for the past 10 years.

The only other person who was in the house when the incident took place except for the elderly couple was the security guard. Jha’s son Kiran Raj Jha and daughter-in-law are in living in Ireland while daughter Rajashree Jha currently works at the United Nations. Jha served as the chief of protocol for many years before serving as Nepal’s ambassador to France. He retired from civil service after his tenure as the ambassador to France ended in December 31, 1997.

BIRATNAGAR- The police have arrested three people involved in the murder of an operator of Oxford Hostel located in Tintoliya,... Read More...