European Tour to expand in China as golf boom returns 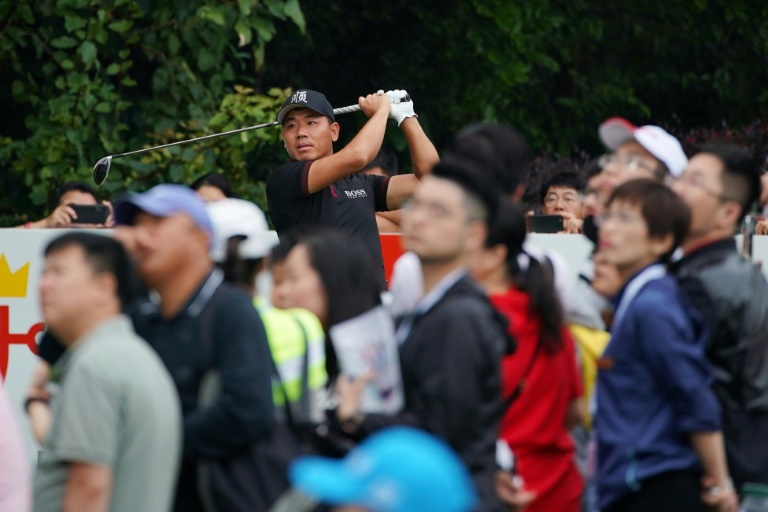 Buoyed by record crowds and a wave of exciting young players, the European Tour is looking to expand again in China after some rocky times, a leading official told AFP.

The tour has lost two events in China, including the $7 million BMW Masters, in recent years but there are signs that the good times are returning.

Forty-five Chinese players were in the field, an unprecedented number for the European Tour, and a record 10 made the cut -- including 14-year-old local schoolboy Kuang Yang and two other teenage amateurs.

"So the Volvo China Open and another the week after in the region. The jump from Morocco last week to here is difficult for all of our guys, so actually we are going to change that next year."

Volvo China Open board chairman Sven de Smet said he was in talks with the European Tour that could mean moving the China Open from its traditional slot in the May Day holiday week.

"It is important to find the right spot in the calendar where players can come not just for one week but maybe two," he told AFP. "We are working on that together with the tours."

Cowen has been coming to China since the 1990s and said no one then could have predicted the growth witnessed since the Volvo China Open was founded in 1995 as the country's first professional tournament.

"It's been a monumental change," he said.

"The number of spectators that you now see at golf tournaments has increased exponentially. And they are knowledgeable spectators as well."

Many of the thousands who poured through the gates to witness Mikko Korhonen of Finland win in a playoff after a thrilling final-round three-way tussle on Sunday were schoolchildren.

"It's lovely to see so many kids coming here," said Cowen. "Hopefully they can experience this and get the taste for golf and want to come back."

Golf has overcome a few bumps in China, where it was banned until the 1980s under the orders of Mao Zedong, who decried it as a bourgeois "sport for millionaires".

Four years ago, the ruling Communist Party appeared to ban its 88 million members from golf, before later giving it the thumbs-up.

With golf back in the Olympics, the China Golf Association (CGA) has embraced partnerships with the European Tour and US PGA Tour, giving Chinese golfers a route to the top echelons of the sport.

The PGA Tour has an annual China series, a 14-event season where the leading players win places on the second-tier Web.com Tour.

And a European Tour card is available for the winner of the CGA's China Tour, along with three spots at the tour's Q-school finals.

The second-tier European Challenge Tour has two tournaments in China this year and Cowen said they were looking to double that.

"We have worked long and hard with the CGA to create that natural ladder and we definitely would like to have two at the beginning of the year and two at the end of the year," he said.

"The way we structure those events is to split the field 50-50 with the China Golf Association. That really gives the guys an opportunity to play at a very high level.

"If we can get that structure in place there's no reason why the players can't come through from China."

Cowen said he welcomed the US PGA Tour's creation of a three-tournament $29.25 million Asian swing in South Korea, Japan and China, culminating in Shanghai's WGC-HSBC Champions -- co-sanctioned by the European Tour -- in October.

"I don't think anyone can ignore an economy as big as China," said Cowen. "And you've also got Korea and Japan which are two of the biggest golfing markets in the world."

Superstar Tiger Woods has already announced he will be playing in the inaugural Japan event.

"All of that is positive for the game of golf," said Cowen. "We’ve been here in Asia since 1999, pretty much, when we first sanctioned the Malaysian Open.

"It's good to see the PGA Tour following in our footsteps and coming to the party!" he laughed.