Essence of ‘Emotions’ in Face-to-face and Int’l Relations 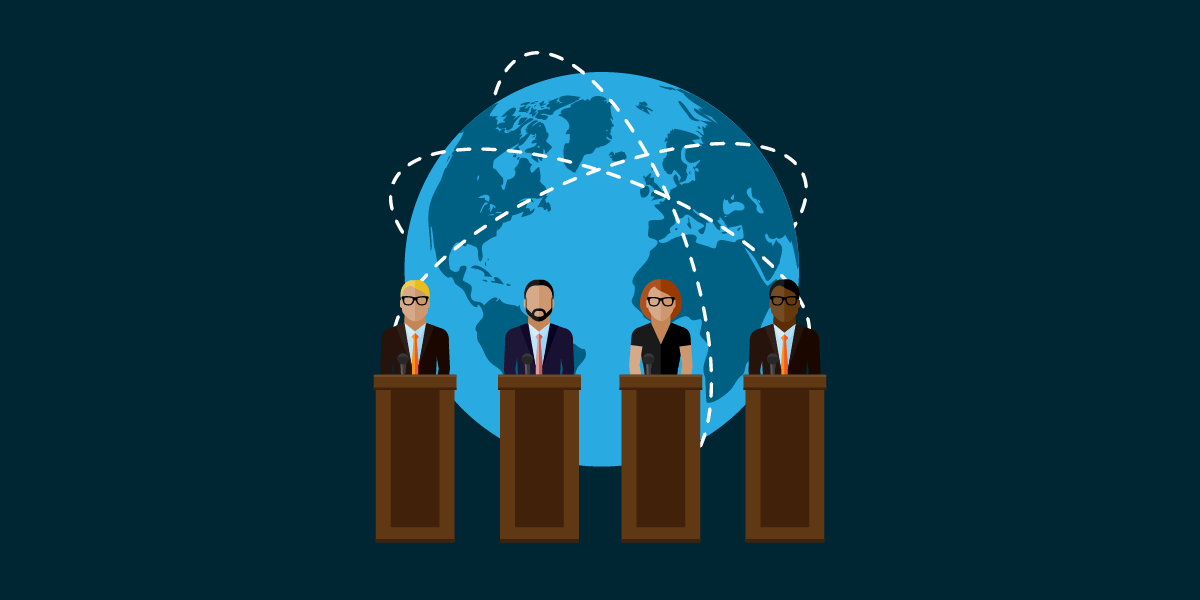 The world is witnessing multiple international tensions including threats to cyberspace, maritime security, tech and digital sovereignty, and AI and nuke threats, while policy discourse, public diplomacy and resources are being largely dominated by fear and hate. The emerging ‘belligerent international environment’ in Ukraine, Hong Kong and Taiwan are perhaps the result of ‘over-rationalized’ emotions, rather than acts of balancing between soft and hard power.

The traditional Theory of International Relations often talks about ‘balance of power’ among the states or ‘monstrous alliance’ of states, while it rarely discusses the ‘balance of perspectives’. It further emphasizes pursuing and promoting ‘national interests’, but neglects the ‘role of emotions’ in international relations. Emotions- ‘that can influence foreign policy decision-making and impact every political discourse including domestic politics’- are still not at the center of international affairs. The essence of emotions, however, not only helps in sensing the perceptions, intentions and behavior of political actors including realists, illiberals, Marxists, institutionalists and liberal constructionists, but also helps understand the ‘crux’ of world politics including judgments and prospects in state of affairs.

When we analyze the history of world politics from ‘War on Westphalian Sovereignty’ to ‘Peace of Westphalia’, WW-I to ‘Treaty of Versailles’ (that ended WW-I) and ‘League of Nations’ (that formed first global intergovernmental organization), the making of WW-II to the formation of the United Nations, inducing of Cold War-I to the US supremacy in world politics followed by disintegration of Soviet Union and the fall of Berlin Wall, waning of American credibility followed by 9/11 incident and corresponding debacle in Iraq and Afghanistan to the splendid rise of China following the emergence of President Xi Jinping, and Donald Trump’s fluke presidency to the appealing of Cold War-II, the ‘emotions’ have played a ‘vexing role’ in pervading every practice of international relations. There is a sensible interlink between ‘political functioning of history’ and ‘politics of emotions’.

When we go through the classical world politics, structuralism or political realism propounded by the realist thinkers like Thucydides, Niccolo Machiavelli, Thomas Hobbes and Hans Morgenthau, we can often perceive the sense of hostility, disgracing emotions, threat, coercion, dominance, anxiety, fear and anger that prevail the scenes of global political spectrums. After WW-II, the states gradually started conceptualizing ‘liberal international order’ that is expected to incorporate distinct aspects of emotions and corresponding ‘liberal turns’ such as amity, trust and mutual cooperation. But, world politics is still dominated by the influence of emotions and the international order is being (re)structured by political realism, which is again governed by politics of emotions.

“Emotions, however, cannot be removed from politics as emotions lie at the core of human existence,” puts Jon Elster, a political philosopher. Several other prominent theorists of international relations indicate that emotions play a significant role in diplomacy, state intelligence, statecraft and alliances, defense and counter-defense, sovereignty and intrusion, international ethics, foreign policy making and peace-building. The states- that are ‘main actors of world politics and diplomacy’- can ‘construct identity’ and transform the ‘social order’ through emotions, while they can express specific emotional reactions based on particular situations and generate various policies- domestic, foreign and defense- as part of ‘intergroup behavior’. The states may even seek intimidation and deterrence under the influence of emotions, which is the result of ‘cognitive biases’ of the foreign policy decision makers, claim cognitive psychologists. But a nation, a sovereign social construct, is imagined as an ‘emotionally cohesive’ social paradigm, in which “people’s emotions and feelings are associated with the nation”. So, it is believed that a country’s consciousness is the resultant of the integrated consciousness of its people, society and nation, while the state’s consciousness resembles that of the ruling elites.

Yet the concern is, how emotions- both constructive and destructive- prevail in international relations?

According to psychologists, emotions themselves are not constructive or destructive, but their nature depends upon the response of the particular individual (ruling elite or state) who interprets that particular situation. For instance, if a state considers that it is self-reliant and being fortified by powerful states in international relations, it is likely to be bold, confident and feel sovereign. On the other hand, if a state feels threat, persuasion and coercion, instead of healthy diplomatic relations and bilateral cooperation, it is likely to be under a ‘state of flux’- that may make it sense crucial threats to its national security. These are just a state’s beliefs that may be accurate or not, and match with the actual existing political situation. For instance, President Bush’s belief toward Iraq (and Saddam Hussein) did not match with Iraq’s actual situation- the nuclear strength and weapons of mass destruction that Bush had suspected then- following the 9/11 incident. Despondently, Iraq witnessed a horrific strike in 2003, which was just because of Bush’s ‘impulsive emotions’ that were based on misconceptions and fear which later were expressed in an inappropriate way. Had Bush’s beliefs been reasonably attuned with Iraq’s actual situation, perhaps, he would have been conscious and alert even after the 9/11 incident and prevented the Iraq and Afghanistan debacles. Yet, the 9/11 attacks, WW-II, Rwandan genocide, Syrian crisis, Iranian nuclear standoff, North Korean missile threats among others are ‘emotionally fraught events’ that are caused due to the empathetic emotions of radicals and illiberals. Similarly, the Cuban Missile crisis and death of hundreds of thousands of Americans in the nuclear war were just the result of the ‘over-rationalized’ emotions of the then American foreign policy makers, argue scholars of international relations.

It is believed that realists often make ‘risky and unusual’ decisions that are based on two emotions- fear and hate, while constructivists more likely make rational decisions based on empathy (compassion) and passion. The disruptive emotions like anger and fear are allied with security concerns - threat to security and restoring security respectively - while empathy is linked with mutual cooperation, harmony and peacefulness in international relations, writes Yohan Ariffi in “Assessing the Role of Emotives in International Relations”. For instance, the ‘diplomacy of sympathy’ executed by President Richard Nixon towards China in 1972 helped in China’s opening up, which enhanced the US-China relations. Impulsively, the ‘diplomacy of anger’ unusually executed by President Donald Trump towards China and North Korea pushed him into a tumult of controversies, which contributed to the waning of American credibility. Despite ‘neighborhood first’ in its foreign policy, India imposed an insensitive blockade on Nepal in 2015, which was perhaps a consequence of the then ruling elite’s impulsive emotions.

Nepali politics is also largely governed by impulsive emotions. The ruling CPN, with nearly two-thirds majority in parliament, disintegrated last year due to ‘clash of emotions’ of the political elites. Subsequently, some of the disgraced leaders suppressed each other by using very uncivil and abusive words. Meanwhile when KP Oli, the incumbent chair of CPN-UML, greeted all the leaders on the dais while attending the inaugural session of the 14th General Convention of Nepali Congress held last year, some of his ex-comrades gazed rudely without responding to him. Kamal Thapa, the then chairman of RPPn, expressed unwary emotions against Nirmal Niwas (and former King Gyanendra Shah) over his defeat in General Convention, while he had ever tried to earn popularity by expressing strong emotions for the monarchy and extreme nationalistic discourse since the 1990s. Recently, one of the sitting ministers of the central government openly threatened to initiate violence to suppress another leader of the Madesh-based party, which shows her pitying state of mind and emotions. Likewise, some other so-called prominent leaders frequently use offensive words by fantasizing monologous views and inducing negative emotions to the general public for the sake of criticizing and blaming their political opponents. They often utter ‘people’, ‘society, ‘nation’, ‘humanity’, and ‘socialism’- which all sounds fake. The growing trend of disintegration in Nepali political parties, and swelling incivility and immorality in their leaders indicate that they can hardly deliver ‘moral politics’ and march ahead toward socialism.

Since politicians are believed to be icons of society, every role of theirs has to depict a sense of integration, social harmony, development prospects, stability, innovation, and nation building while delivering moral politics. The government or leaders come and go, but the nation and institutions remain forever. So, the duty of every responsible politician is to enhance the nation’s sovereign dignity, irrespective of their politics or emotions. The politicians must realize the core personality of the nation, nationals and corresponding soft potentials, and together attempt to preserve the nation and national interests.

Nonetheless, politics, diplomacy and state of affairs need enormous patience, perseverance, peace, prudence, civility and ‘state of mind’ as essential governing attributes. Politics is not about delivering aggression, incivility and viciousness; it is about consolidating  national accord, promoting national values, articulating a sense of belongingness, and inducing socio-emotional cohesiveness among the nationals. Thus, politics has to be a form of civilization where its stakeholders should work responsibly for the greater goodness of the people, society, nation, the planet and humankind. Essentially, politics requires an immense sense of morality, pragmatism, patriotism, nationalism along with a ‘finely tuned’ sense of emotive intelligence that could play a prudent role in constructing a dignified national identity, which would help uphold stately international relations.

Getting heavier with each clouds

You just have to let go of her emotions As she has clearly said and moved beyond oceans Your love... Read More...

Eyes were drowsy Mind was sleepy Sky was foggy A gloomy sad morning And in amidst... Read More...