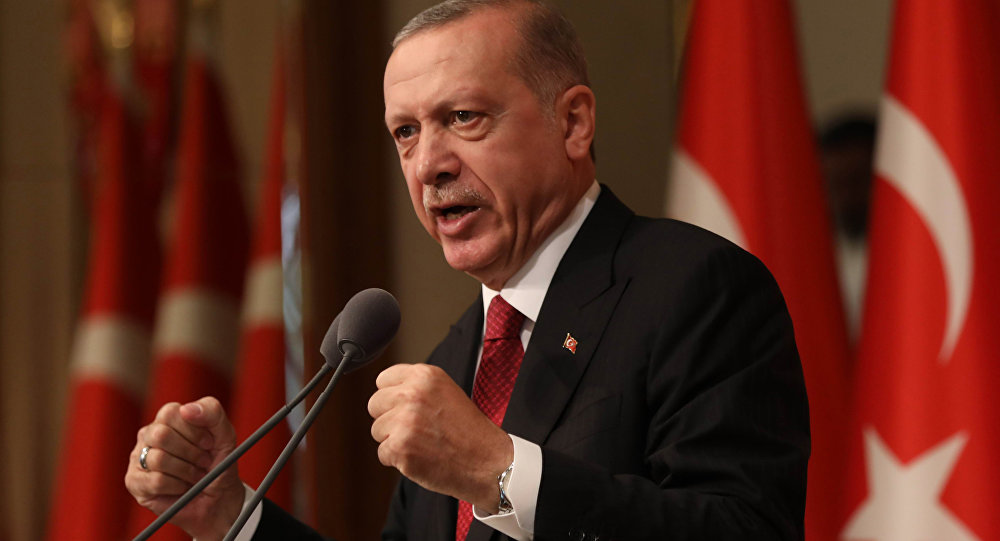 ANKARA, July 29: Turkish President Recep Tayyip Erdogan announced that Pastor Brunson will not be a part of a prisoner swap deal with the United States despite US President Donald Trump's remarks on sanctions.

Turkish President Recep Tayyip Erdogan said that the United States should not forget that it would lose a strong and sincere partner if it does not change its attitude toward Turkey, announcing that Pastor Brunson will not be a part of a prisoner swap deal with US.

Erdogan also said that the remarks by Donald Trump about possible sanctions against Turkey were a "psychological warfare".

"I think this is psychological warfare. We will not step back with sanctions. We did not haggle regarding Brunson," Erdogan said, as quoted by Haberturk newspaper.

Turkish authorities put US pastor Andrew Brunson in jail in 2016 over the accusations of ties to the movement of Islamic cleric Fethullah Gulen, referred to as Fethullah Terrorist Organization (FETO) by Ankara and accused of having orchestrated a failed military coup that took place in Turkey in the same year. The pastor was recently released from a Turkish prison and placed under house arrest.

Donald Trump said earlier that if Ankara did not free Brunson, Turkey would face sanctions.

Erdogan also said that Turkey may turn to international arbitration if the United States fails to deliver of F-35 fighter jets to Ankara, noting that there are other options. Previously, an addition to the US defense policy bill for 2019 revealed that the process of transferring the F-35 jets to Turkey that it had already paid for would be temporarily frozen

The US State Department said on Friday that US Secretary of State Michael Pompeo and Turkish Foreign Minister Mevlut Cavusoglu on Saturday held a phone call earlier this week, in which Pompeo said it was "well past time for this innocent pastor Andrew Brunson" to come home.

Forests may lose ability to protect against extremes of climate change

Forests, one of the most dominate ecosystems on Earth, harbor significant biodiversity. Scientists have become increasingly interested in how this... Read More...

KATHMANDU, Mar4: Dr. Govinda KC, who has been fighting against irregularities in the medical sector, has warned of starting yet another... Read More...

5 teams advance at Euro 2020 without playing
6 hours ago