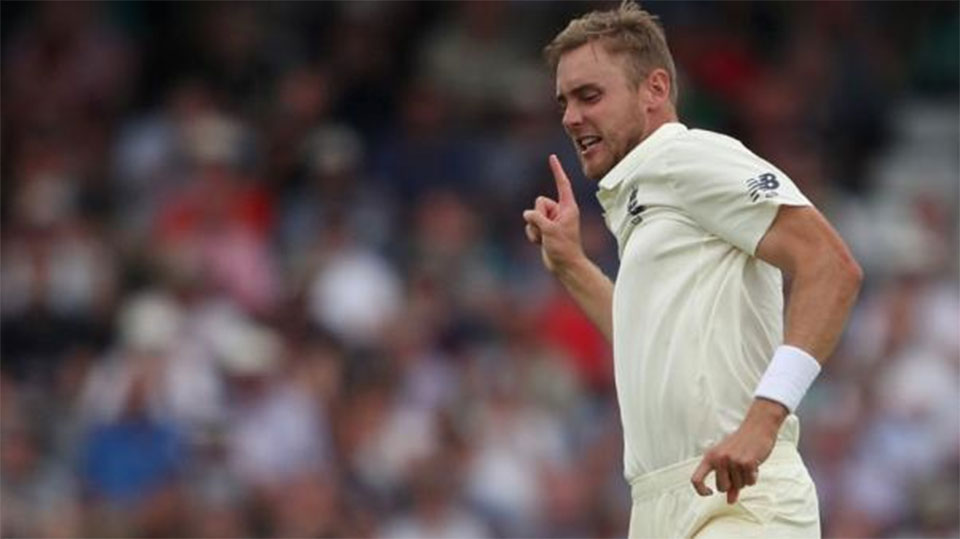 July 30: England fast bowler Stuart Broad is expecting his side to rotate their pace options for the five-match test series against India, starting on Wednesday, and is ready for a possible omission.

The 32-year-old, who returned from an ankle injury during a first-class match earlier this month, is one of several pacemen in contention, including James Anderson and the uncapped Jamie Porter, to face India in five test matches in six weeks.

Broad believes that a number of factors, including the hectic schedule and pitch conditions, will affect England’s selections.

“It will depend on tosses, pitches, workloads, if two tests of 250 overs in the field each, it’s unrealistic to think your seam bowlers will play five Tests in six weeks...,” Broad told British media.

“I think there has already been small conversations saying about ‘don’t be disheartened if you are left out for a test match’, it’s not a personal attack or dropping, it’s management of your bowlers to make sure we give ourselves the best chance.”

The long-serving paceman has previously played domestic cricket when being excluded from England’s national squad but Broad says he will not take the same route this time around.

“I won’t get to the stage where I am left out at say, Lord’s, I’d go back and play county cricket... you stay part of the unit so it’s only natural to expect small changes throughout five test matches, but the bowlers have to be able to take it.”

The test series, which begins at Edgbaston, will conclude India’s long tour of England, which included a Twenty20 series win for the visitors and defeat in the one-day international series.

KATHMANDU, Sept 11: Despite Nepal’s emphasis on ending the prolonged plight of people caused by floods in the Tarai districts due... Read More...

Explainer: N95? KF94? Which mask is best at protecting against COVID-19
1 hour ago