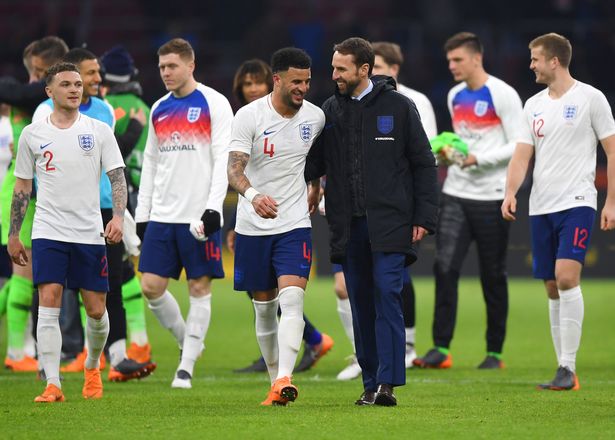 England football team wives and girlfriends will be banned from staying with their other halves at their tournament HQ next month - in line with tradition.

Team chief Gareth Southgate has encouraged families to travel to Russia to show their support, but WAGs aren't allowed to stay at the same hotel, which is located in the quiet town of Repino.

Instead, they will have to stay at a hotel 30 miles away from the players' HQ in central St Petersburg, reports the Daily Star.

When the team plays their group games in Volgograd, Nizhny Novgorod and Kaliningrad, the players wives and girlfriends reportedly won't be allowed to travel with them or stay with them in the same hotel the night before the games.

Back in 2010, then-England boss Fabio Capello banned WAGs from the World Cup in South Africa, limiting visits to once a week, to avoid any distractions.

However, current manager Southgate has allowed families to spend time with players at the team hotel the day after games to help them relax.

Southgate previously said: “I don’t think there has ever been a tournament where the whole family has been in with us the whole time.

"But will I encourage families to come and the lads to see them the day after a game, absolutely I will.

“For some, that will be really important. Sadly for my family, not so much. I’m there and I’m focused and I don’t want to be distracted.”

A source added to the Star: "He is striving to find the right balance between allowing the team to mix with their wives and girlfriends for support and keeping their minds on the job at hand.

“At the end of the day the players are in Russia to do a job of work. Having loved ones along can give them a much-needed lift between matches.

"But in the build-up to games the players will be expected to remain entirely focused on winning.’’

Retreating Russians leave their comrades’ bodies behind
58 minutes ago