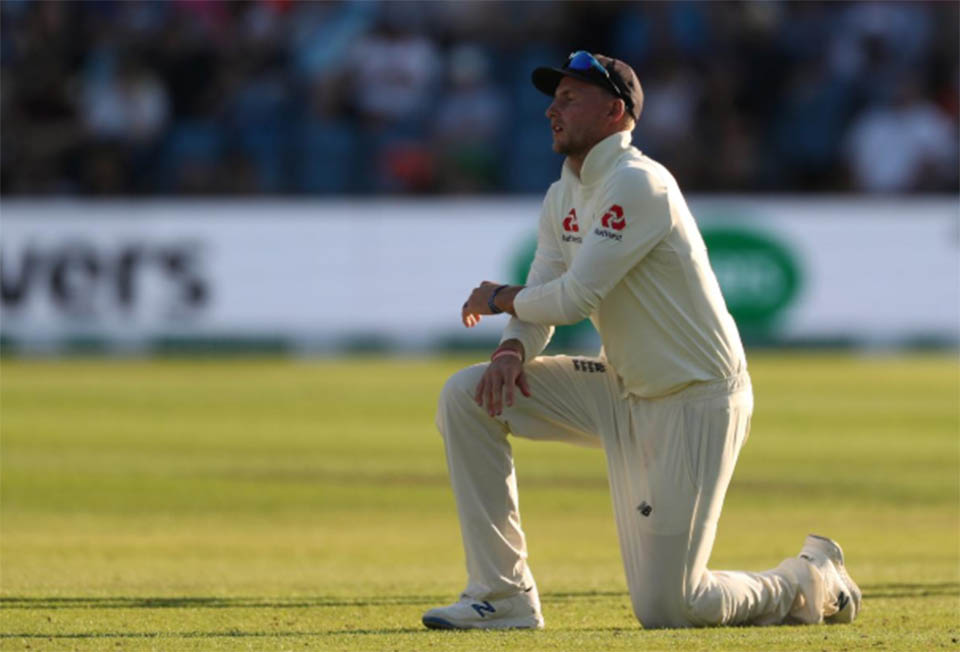 LEEDS, Aug 24: England batting coach Graham Thorpe said they will not give up hope of saving the third test against Australia, but a woeful batting display from the hosts on Friday left them with a mountain to climb to regain the Ashes.

Trailing 1-0 in the series and replying to Australia’s far from daunting first-innings total of 179, England’s key batsmen fell cheaply, several chasing aggressive shots, as the hosts were bowled out for 67 at Headingley.

That total was their 12th lowest of all time in tests and lowest against Australia since 1948.

Joe Denly was the only player to reach double figures, top scoring with 12 runs — the lowest top score for an England batsman in test history.

Australia, who as holders need one more win to retain the Ashes, lost six wickets themselves on a remarkable second day in Leeds, but Marnus Labuschagne (53 not out) steered them to a lead of 283, which seems beyond a woefully out-of-form England.

“The game is not over from this position,” Thorpe said. “If we can knock them over in the morning we are in with a chance.

“There have been scores of over 300 chased down here before. We have to believe.”

In the one-day format, England won the World Cup on home soil last month, with many of the same players who have played in the Ashes.

Yet England’s euphoric fans were brought crashing down to earth in the first test innings following that triumph, after they were bowled out for 85 by Ireland, who were playing only their third-ever test match.

Six of the top seven who took to the field in that first innings capitulation, started at Headingley in the third Ashes test.

“The Australian bowlers did well but our batsmen helped them,” former England great Ian Botham said. “There were some woeful shots.

Jason Roy averaged over 63 in the World Cup, firing four half centuries and one 100, including 85 against Australia in the semi-final, but was again out attacking a ball he did not need to at Headingley.

Stokes, England’s World Cup final hero, was another guilty of a wild, needless shot when being dismissed.

England’s batsmen still seem to be playing with a one-day format focus. Forty of their 67 runs came as boundaries and nine batsmen hit at least one four.

Stokes was out for eight off 13 balls and Roy nine of 15. In comparison, Australia’s Labuschagne played a much more test-like innings, leaving the balls he needed to, making an unbeaten 53 off 139 balls.

England’s issue may not be with personnel, but more where their batsmen are playing in the order.

Roy has opened the batting in six of his seven test knocks so far, averaging nine in those innings. In the one innings when he batted at three, he scored 72.

Root is another who has suffered from a move up the order to accommodate others. The England captain averages 48 from 60 innings at number four, but just 19.80 in this Ashes series batting at three, including back-to-back ducks in his last two innings.

“I don’t like Joe Root at three, he’s a number four,” former England opener Michael Vaughan told the BBC. “You know he’s going to be in so early in this team, he’s basically an opener.

“It’s only one position but it is a huge difference.”

BIRMINGHAM, August 6: England will have a lot of soul searching to do about their player selections as well as... Read More...