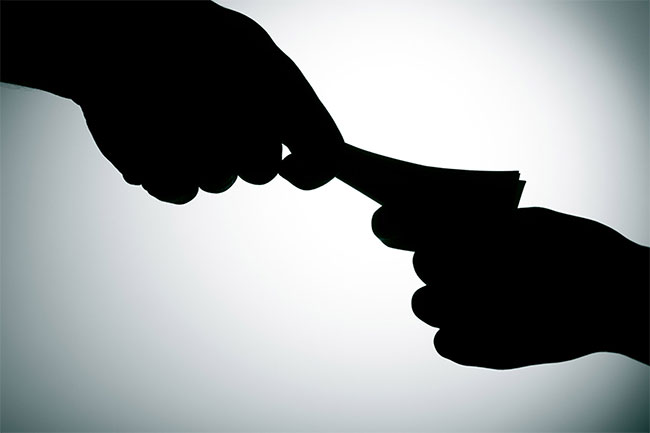 RAUTAHAT, July 6: The Commission for the Investigation of Abuse of Authority (CIAA) on Friday caught red-handed an official of District Technical Office, Rautahat while receiving bribe.

A team deployed from the CIAA, Regional Office, Hetauda held Engineer Ajaya Kumar Thakur while he was taking Rs 45,000 in bribe from Gaur-based office this afternoon.

Thakur had asked for Rs 45,000 bribe for preparing a report of final cost estimate for the construction of a school compound wall and under-construction agriculture road at Laximiniya in Bijayapur rural municipality -9.

The locals had lodged a complaint at the CIAA, Regional Offifce, Hetauda against Engineer Ajaya Kumar Thakur and Sub Engineer Gyanendra Yadav after he denied preparing the final budget estimate report.

CIAA had been keeping a close tab on Engineer Thakur and Sub Engineer Yadav after the locals filed a complaint stating that the formers were openly taking bribe for preparing budget estimate reports.

The  CIAA team led by Tirtha Raj Upadhyaya caught Engineer Thakur from the office while he was receiving bribe.

Following complaint, the CIAA officials had told the consumers committee to give Engineer Thakur the ink-stained bank notes in bribe.

Thakur was caught as soon as he kept the bribe money in his pocket.

SURKHET, July 9: The regional office of the Commission for the Investigation of Abuse of Authority (CIAA) in Surkhet arrested... Read More...

DANG, July 21: The Regional Office of the Commission for the Investigation of Abuse of Authority (CIAA) today caught a... Read More...

CAAN’s income declines by 43 percent; Rs 41.1 billion allocated for current FY
21 hours ago
Kotal area in Kathmandu sealed off due to COVID-19 risk
22 hours ago