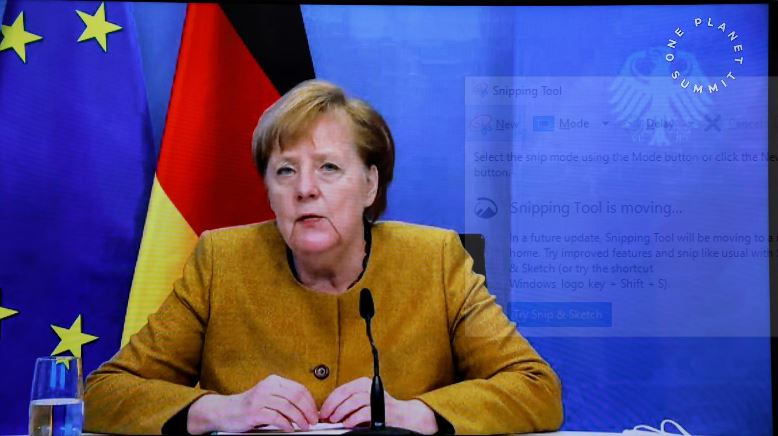 BERLIN, Jan 16: Germany’s Christian Democrats elect a new chairman on Saturday, aiming to unite their conservative party behind a new leader who they hope can succeed Angela Merkel as chancellor when she steps down after federal elections in September.

At stake is the leadership of Europe’s biggest economy in the era after Merkel, who has vowed not to run again after becoming Europe’s predominant leader since taking office in 2005 and proving a winner with German voters.

The new CDU leader will be elected by 1,001 delegates at a digital congress. By tradition, the leader is usually - though not always - the chancellor candidate for the CDU’s “Union” with its Bavarian sister party, the Christian Social Union (CSU).

However, polls show Markus Soeder, the CSU leader, is voters’ choice conservative. Some CDU lawmakers want dynamic Health Minister Jens Spahn to run for chancellor, though he has backed Laschet for the party leadership.

The three declared CDU candidates all contrast with Merkel.

Roettgen, 55, the eloquent chairman of parliament’s foreign affairs committee, wants Germany to take a firmer stance with Russia and China. Merz, 65, has targeted European Central Bank policy and is less diplomatic. Laschet, 59, who has polished his international profile, complains Berlin has taken “too long to react” to French calls for European Union reform.

Roettgen has suggested that, if elected CDU leader, he could support Soeder, Bavaria’s premier, to run as chancellor candidate for their alliance.

Soeder, 54, has shifted from the right towards the moderate centre of late. He plays coy about his ambitions - “My place is in Bavaria” has been his repeated refrain.

Carsten Nickel at Teneo, a political risk consultancy, said Soeder’s deft move towards the centre ground could make him the ideal candidate to lead a coalition with the ecologist Greens.

“But of course, the true challenges will arise when liberal and conservative demands clash,” Nickel added.

German Chancellor Angela Merkel -- Europe’s most powerful leader -- has confirmed that she will not be running for re-election... Read More...

BERLIN, Oct 29: German Chancellor Angela Merkel said on Monday she would not seek re-election as party chairwoman and that... Read More...

Biden White House asks 'Trump who?' ahead of speech to conservatives
14 hours ago

NCP’s legitimacy row to be resolved at the earliest: Election Commission
17 hours ago
National Youth Council chairs appointed in 71 districts
17 hours ago