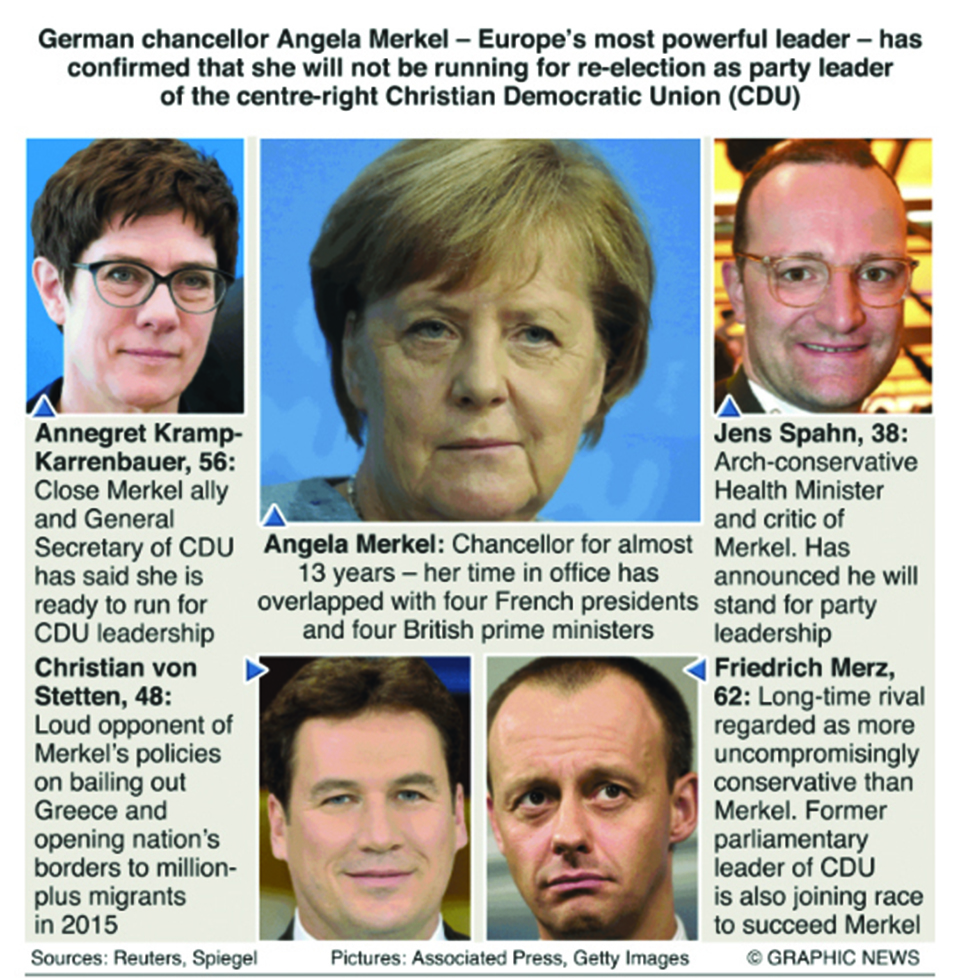 German Chancellor Angela Merkel -- Europe’s most powerful leader -- has confirmed that she will not be running for re-election as party leader of the center-right Christian Democratic Union (CDU).

The departure of Angela Merkel from the leadership of her party will make little difference to the Brexit negotiations. One of the few things Germany’s mainstream parties – the three in government and the Free Democrats and Greens in opposition – agree on is giving firm support to Michel Barnier, the European commission’s chief negotiator. So even if the parties in the coalition change, the German line on Brexit – which to the British government seems hard – will not.

A few voices outside government, such as the chairman of the Bundestag foreign affairs committee, Norbert Röttgen, call for a softer approach. But when I was in Berlin last week I found nobody in the government who thought that Barnier should change his stance or become more flexible. The Germans are proud of the unity among the remaining 27 EU nations that they, the French and the commission have achieved. And they are quite annoyed by persistent requests from British ministers that they “rein in” the French and the European commission. The British will hope that Merkel hangs on to the chancellorship: in a crisis she still has the potential to knock heads together and forge a deal in the European Council. Her successor would probably lack that kind of authority, unless it is Wolfgang Schäuble, the veteran president of the Bundestag.

The Germans feel strategically beleaguered and this affects their view of Brexit. “We are a herbivore power, surrounded by carnivores,” I was told by a senior official. “In the years after 1989 we assumed that the world was converging towards the liberal, rules-based order that we espouse. But now we see reversal – in China, Russia, Turkey, central Europe and the US.” German leaders find Donald Trump particularly hard to cope with: his hostility to multilateral institutions jars with their own worldview.

They have always viewed the EU as a symbol of what they stand for, but the revival of power politics and strongman leaders – many of them hostile to the union – has made its survival and success an even bigger priority.