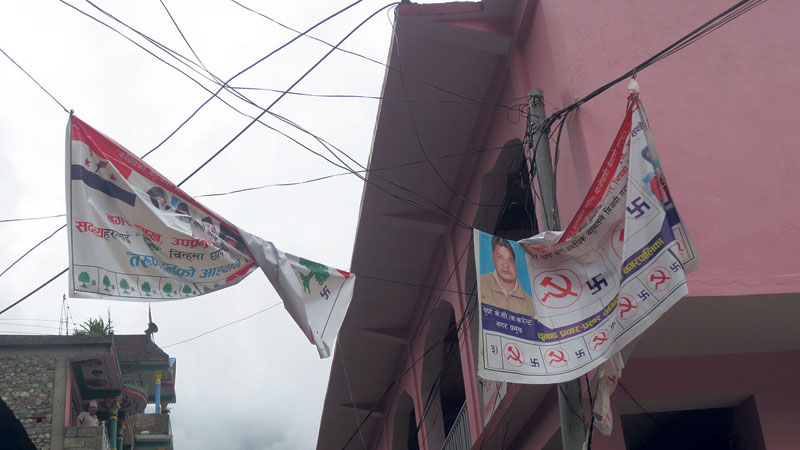 ROLPA, July 10: Even so many days after the completion of the local elections, materials used in promotional activities have not yet been removed in Rolpa.

Posters, garlands, banners and flags are haphazardly thrown in various places of the district including the district headquarters. Both the winning and losing sides have not removed these materials. This has caused environment pollution. Interestingly, many of the candidates had promised "clean city" in their manifestos,  but their action shows a lot.

“As per the election code of conduct, all parties are responsible to dispose the election materials but simply ignored it,” said Chief District Officer Lilu Giri. “As we are currently focused on concluding other election process, we have not been able to concentrate on that,” Giri added.

The local elections held almost after two decades was no less than a festival for the people as well as parties. Parties made unnecessary expenses on buying election materials which have now been polluting the environment.