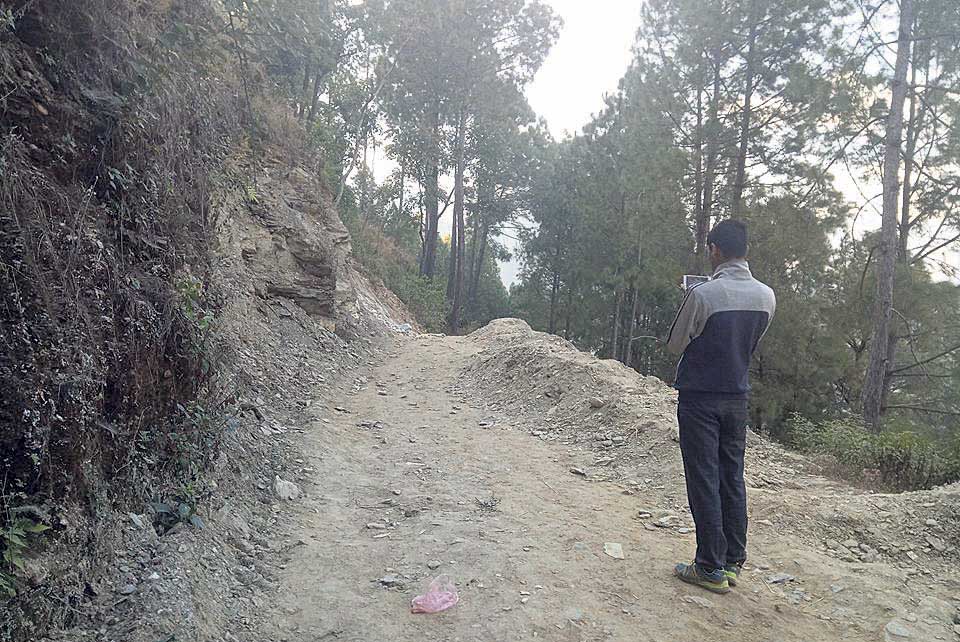 An upgraded road of Jajarkot.

JAJARKOT, Jan 4: After the successful conclusion of May 14 local elections, Bheri Municipality of Jajarkot district held its first municipal meeting on May 19. The meeting decided to make the municipality clean and green.

As the election was held after a hiatus of about 20 years, locals had put lots of hope and confidence in their representatives. After about seven months of the formation of the local bodies, it is apparent that the locals are clearly disappointed with their elected representatives.

The mechanism to pick up garbage from Khalanga, the main bazaar area of the municipality, is highly inefficient. As a result, the 'clean city, green city' slogan is just limited to promise. With heaps of garbage lying around the municipality, the ground reality stands as a mockery to the decision taken by the first meeting of the municipal council.

Those elected representatives, who had promised to make the municipality a model municipality during their election campaigns, have shown signs of incompetence. Locals are clearly disappointed.

"There has been no initiative to collect waste from containers placed in various places of the city. It is highly unmanaged," said Nanda Lal Jyoti, a local. Although the municipality has placed containers, it does not pick up garbage collected in them. The garbage could be seen spilled out of such the containers due to lack of timely garbage collection.

Likewise, the municipality spent Rs 600,000 to 'upgrade' Thaplechaur-Thatib Bazaar road in ward-3. However, the road is full of pebbles and mud and there seems to be no sign of upgrade.

According to Shova Singh, another local, it seems like the municipality has done nothing to upgrade the road despite spending so much money. "Not a single vehicle drives through the road even after the upgradation works," she added.

Locals have severely criticized works of the elected local representatives.

DHANGADHI, May 16: Instead of turning their focus on development and other important tasks, local representatives in Province 7 have been... Read More...

Elected representatives barred from sitting on board of BFIs