KATHMANDU, June 9: People aged between 60 and 64 years are receiving their first shot of the China-manufactured Vero Cell vaccine against COVID-19 across the country from Tuesday.

Serpentine lines were seen around the vaccination centers in the Kathmandu Valley as the government started the inoculation drive targeting sexagenarians.

The government is inoculating people aged between 60 and 64 years in Kathmandu, Bhaktapur and Lalitpur districts. The people in the Kathmandu Valley who missed their second shot of Vero Cell will also get to inoculate the second dose.

Likewise, in the districts outside of the Kathmandu Valley, the government is administering the vaccine to people who are 62 to 64 years old, according to the Ministry of Health and Population (MoHP).

Similarly, those districts which share borders with Tibet are administering the Vero Cell vaccine to people who are older than 18 in their local government units.

And in case of mountainous districts, those who are older than 55 years and had missed the vaccine earlier will get the shot.

The health workers, students and interns of medical colleges will also get the shots.

Here are some picture taken by Republica photojournalists Monika Malla and Dipesh Shrestha: 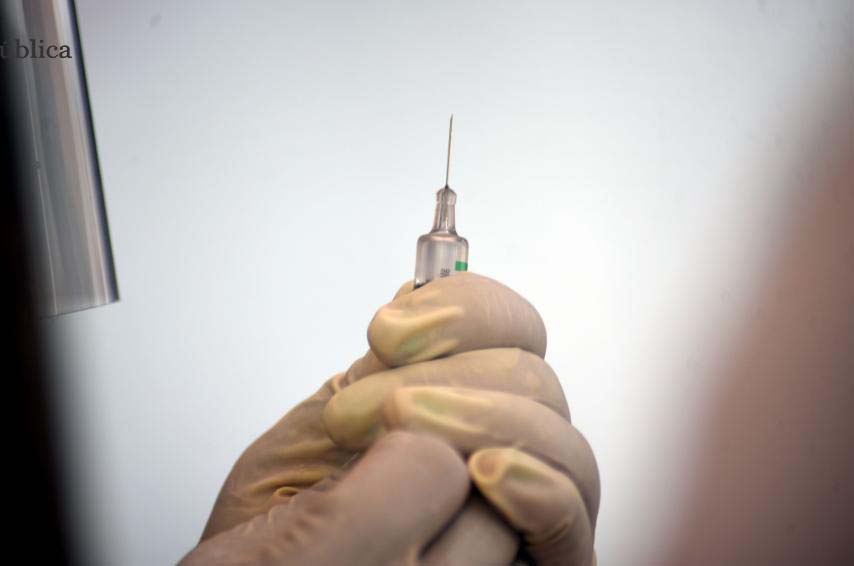 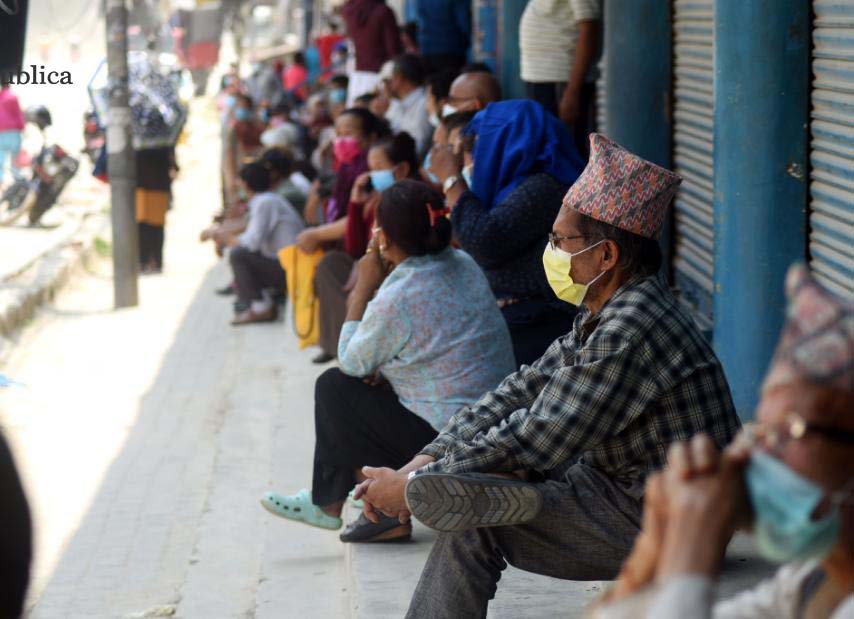 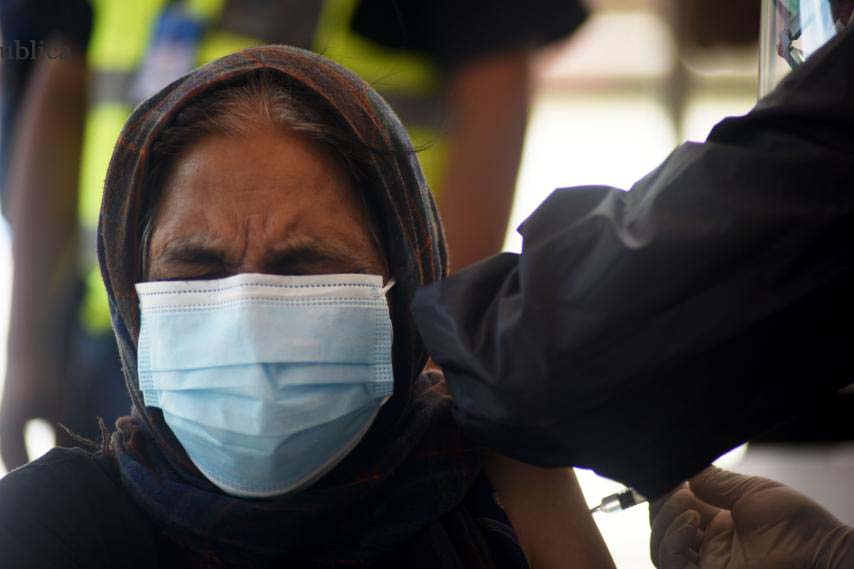 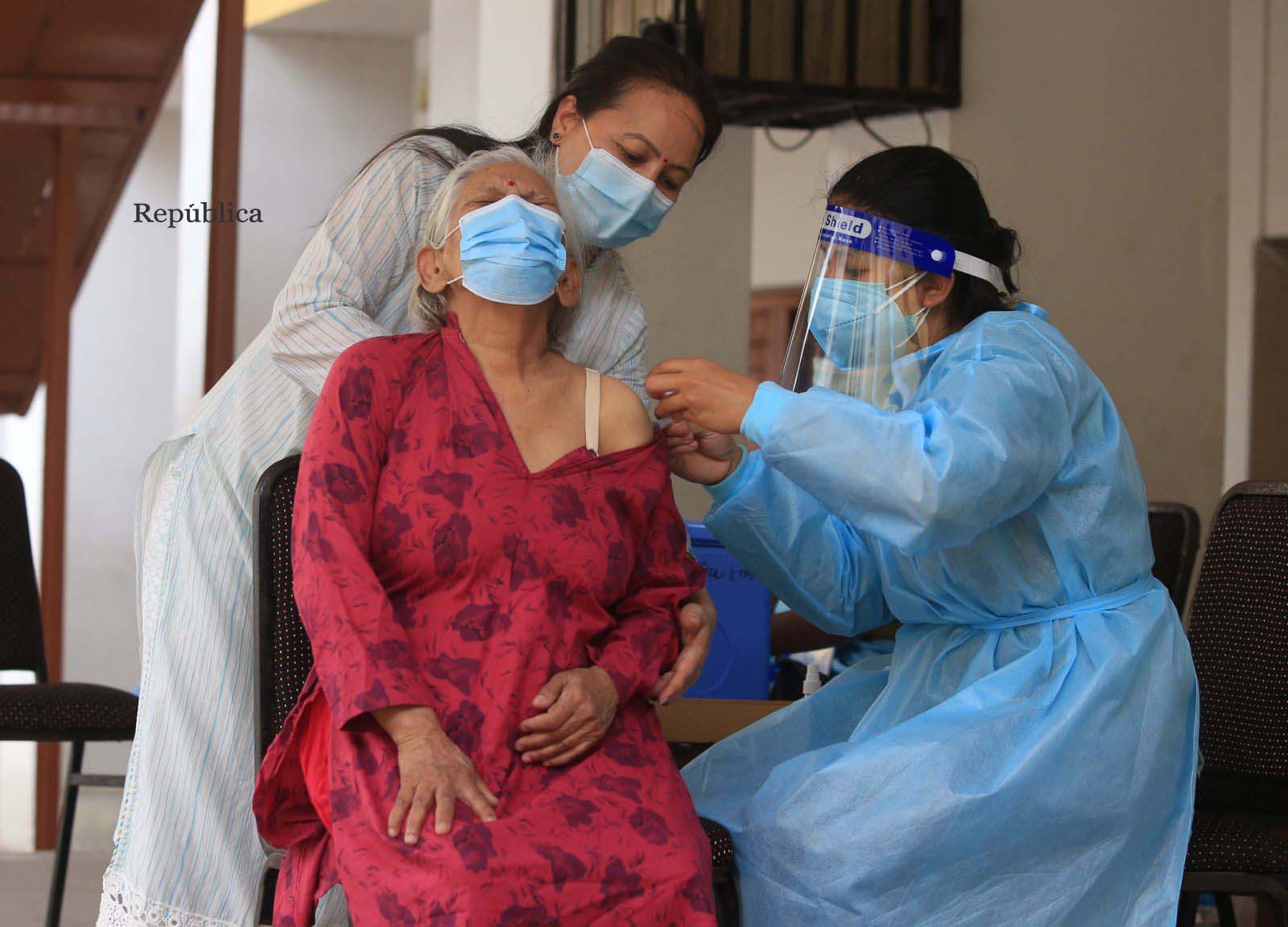 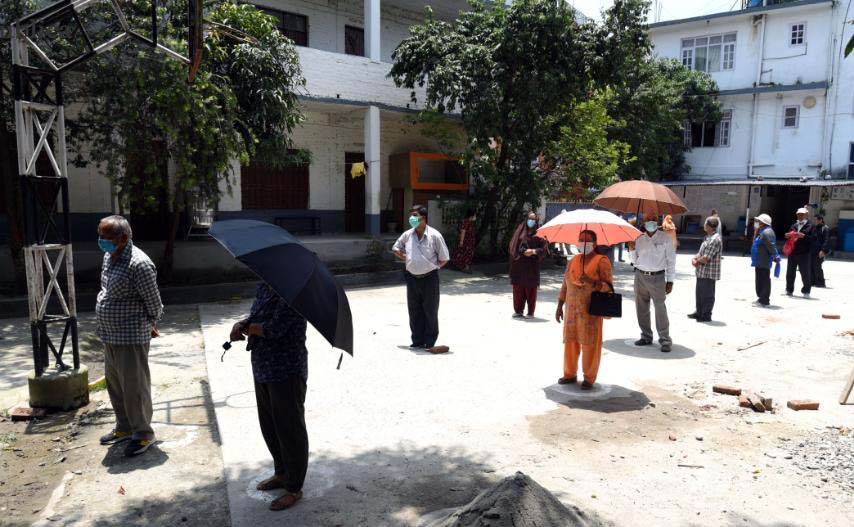 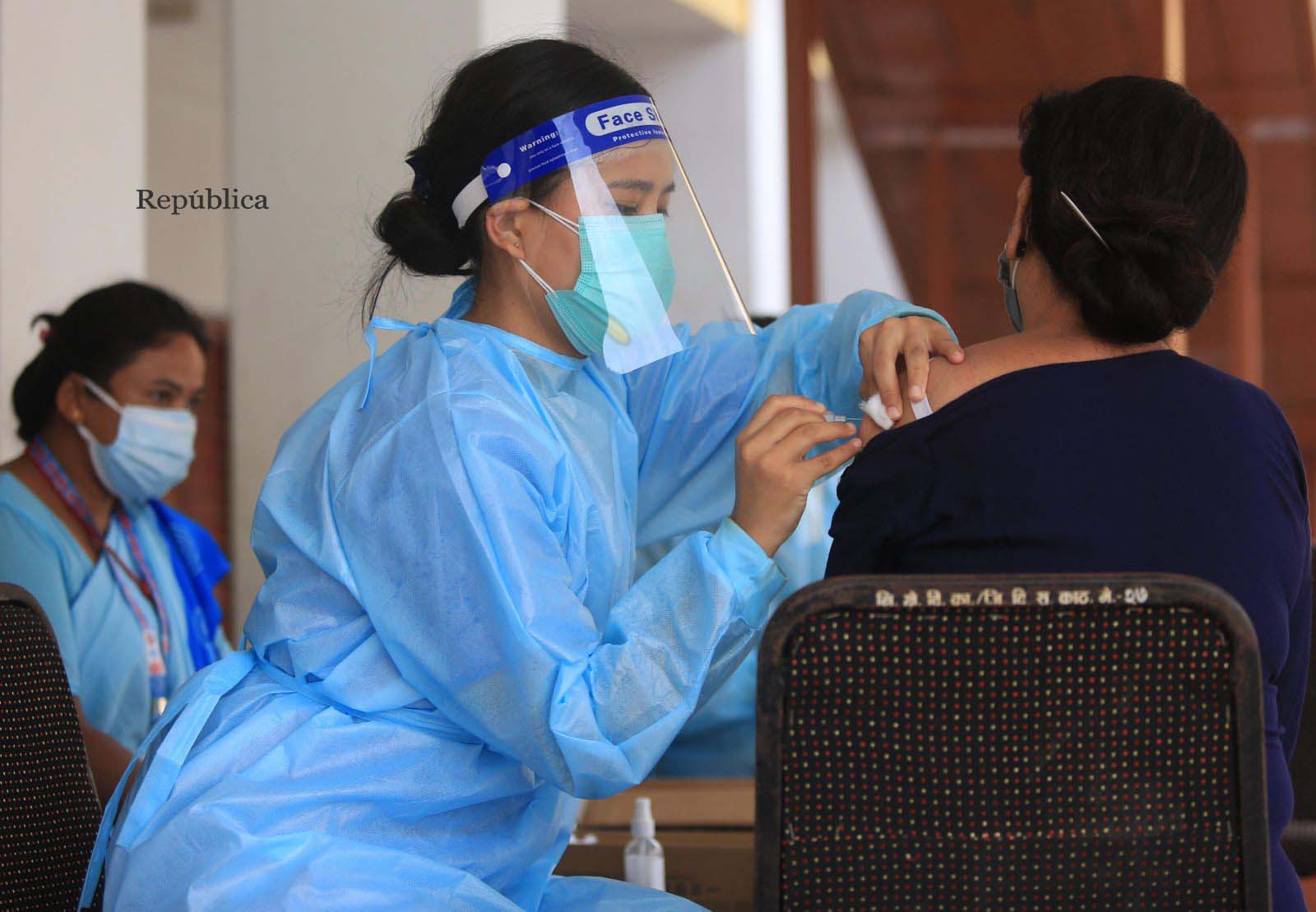 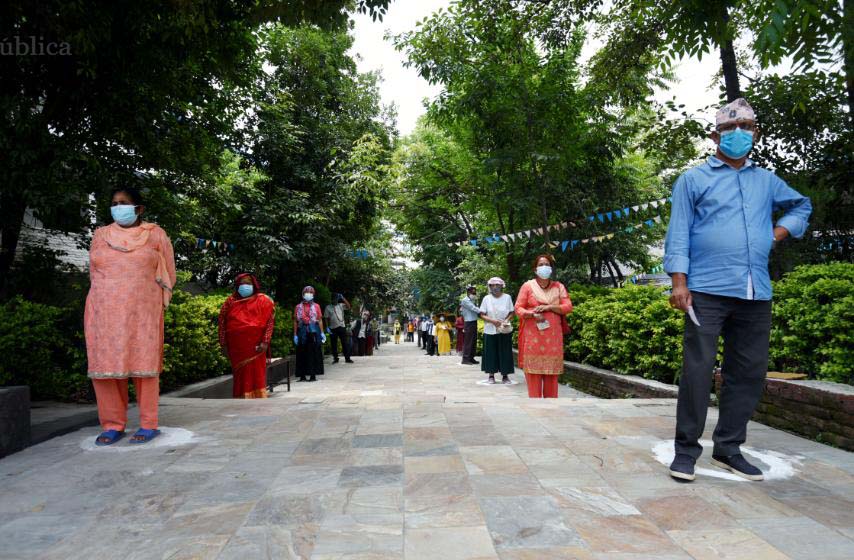 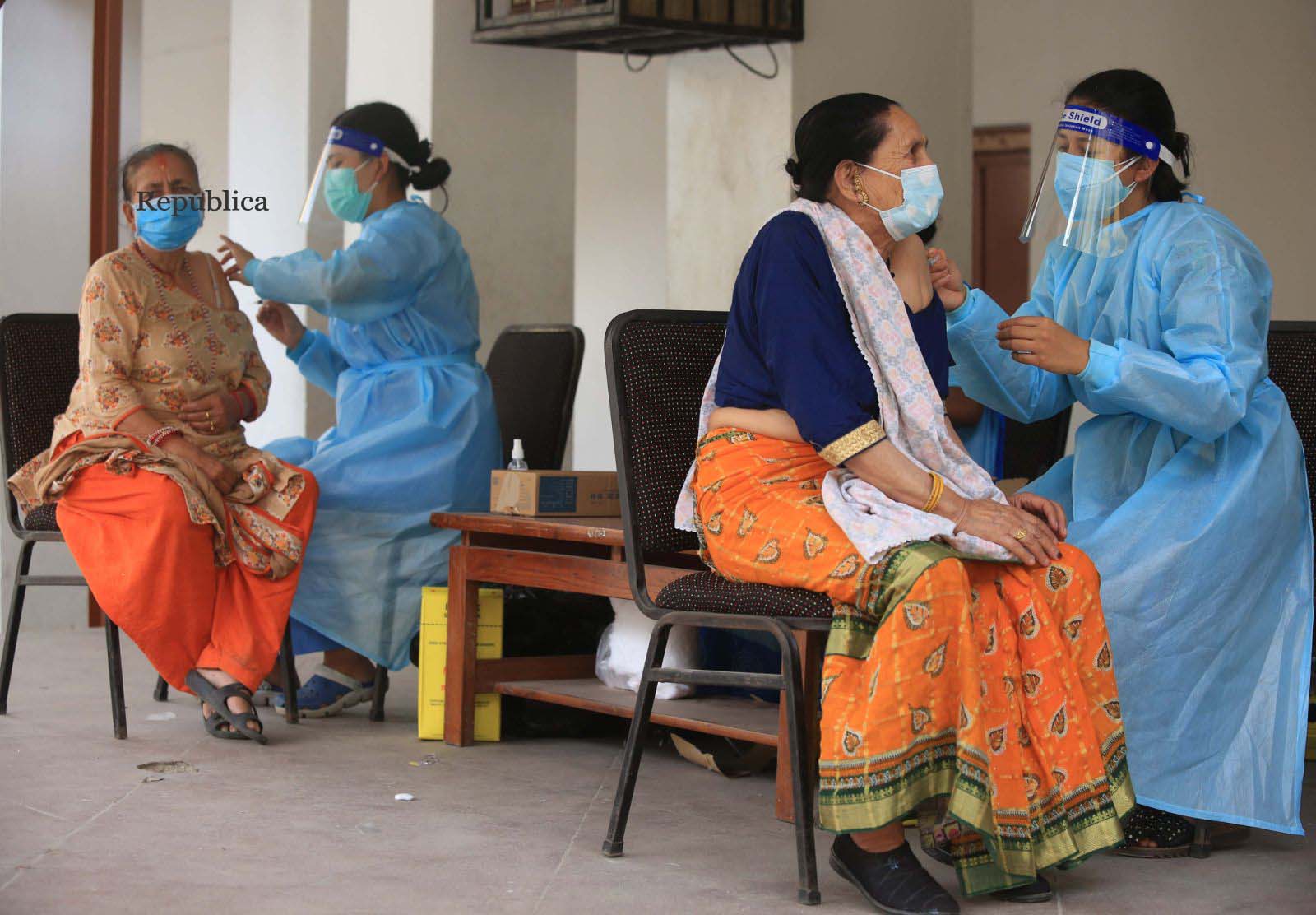 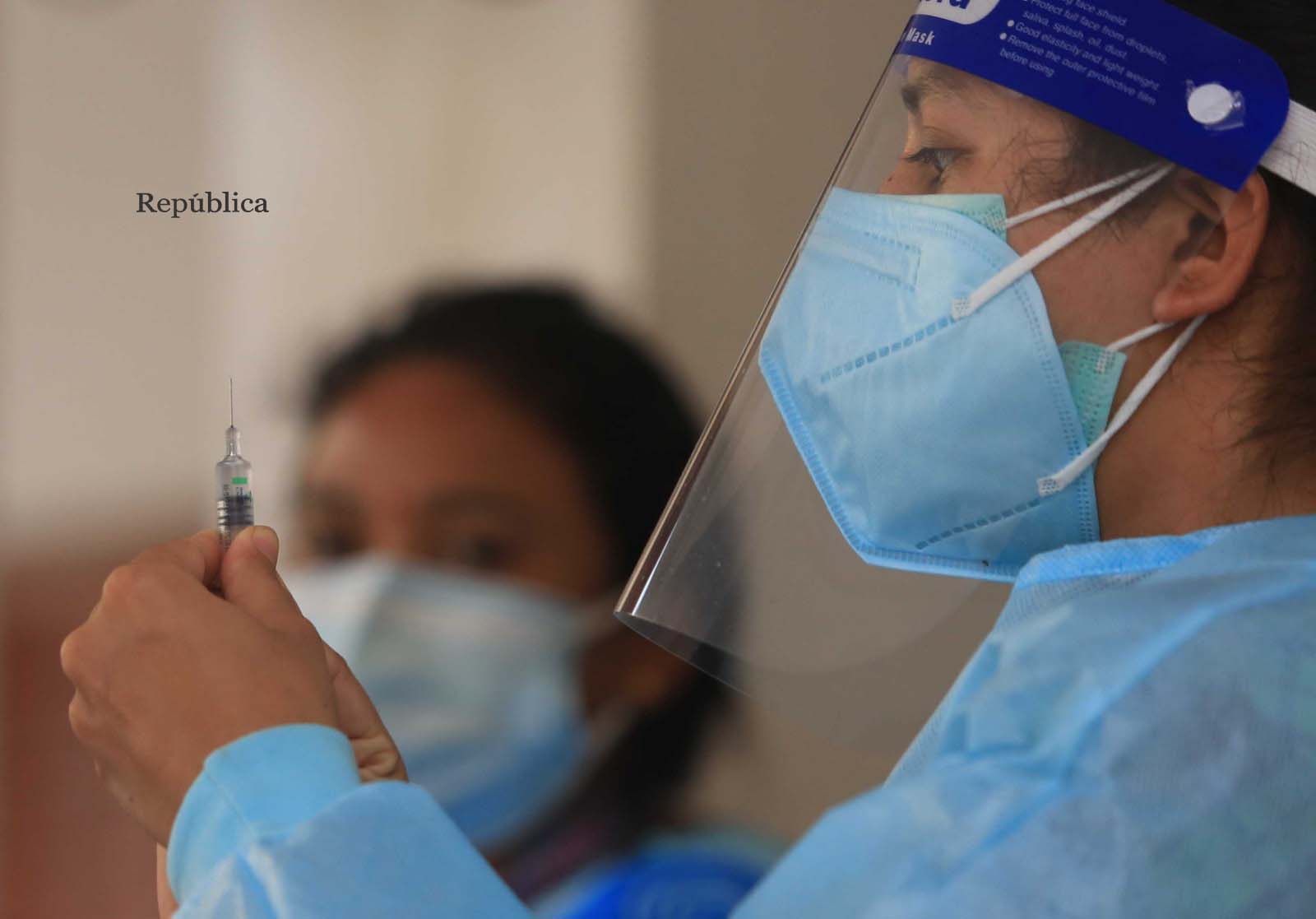 Who will receive a shot of the Vero Cell vaccine against COVID-19 from Tuesday?

KATHMANDU, June 8: The government is administering the first dose of the Vero Cell vaccine against COVID-19 across the country... Read More...

Why is the Vero Cell vaccine being administered to people of 60 to 64 age groups this time?

Earlier, the government had given a nod to emergency use of Vero Cell against COVID-19 to people aged between 18... Read More...

So far, three percent of total population have received both doses of COVID-19 vaccine ... Read More...