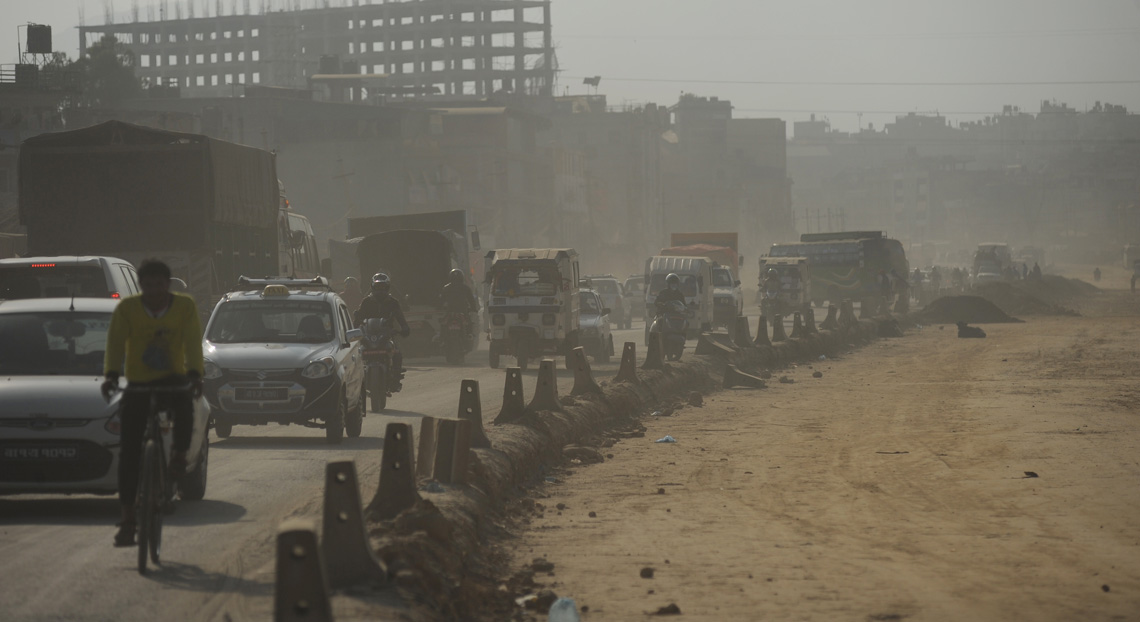 KATHMANDU, June 5: With lots of gloomy reports released globally, the World Environment Day which is observed worldwide on June 5 every year is hardly a day for celebration.

As per the State of Global Air 2019 report released by US-based Health Effects Institute (HEI), air pollution is responsible for more deaths than many better-known risk factors such as malnutrition, alcohol consumption and physical inactivity.

Particulate Matter (PM 2.5) pollution contributed to nearly three million early deaths in 2017, according to the report. More than half of the victims were from China and India. With Nepal sharing its borders with the two giant neighbors, the country cannot remain free from the implications of air and water pollution.

The Environmental Performance Index (EPI) 2018 ranked Nepal as one of the top five countries having worst air quality. With a score of 31.44, Nepal ranked 176th among 180 countries.

The government has adopted a handful of measures to control environmental pollution.
The 'Healthy Environment Mega Campaign' was one of the initiatives of the government that focused on waste management, preservation of greenery, air pollution control and public awareness.

“Although the campaign has been launched for more than a year now, it has barely achieved the targeted results for pollution control,” said Govinda Lamichhane, an inspection official at the Department of Environment.

Despite the few initiatives of the government to reduce air pollution, they were found to be futile.
“The vehicles in Kathmandu need to pass an annual emission test for them to acquire an eco-friendly green sticker. The idea could highly reduce carbon emission only if it is strictly implemented,” says environmental expert Bhushan Tuladhar.

Tuladhar reiterates that a number of measures can be taken to lessen these environmental hazards if we are to make effective utilization of allocated budget and human resources.

Last week, the government allocated Rs 15.49 billion for the forest an environment sector while unveiling the budget for the upcoming fiscal year 2019/20.

The budget also outlined some visionary projects including the declaration of fiscal year 2019/20 as 'Afforestation Year',  'Sowing fruit-bearing trees', and 'Herbs in the open forest areas', establishing research and development centers for exploring herbs and plants in each province and the construction of 116 ponds in the country.

KATHMANDU, June 5: President Bidya Devi Bhandari has offered her greetings to all Nepali people at home and abroad on... Read More...

KATHMANDU, June 5: Various programs are being organized across the country today to mark the World Environment Day 2019. ... Read More...