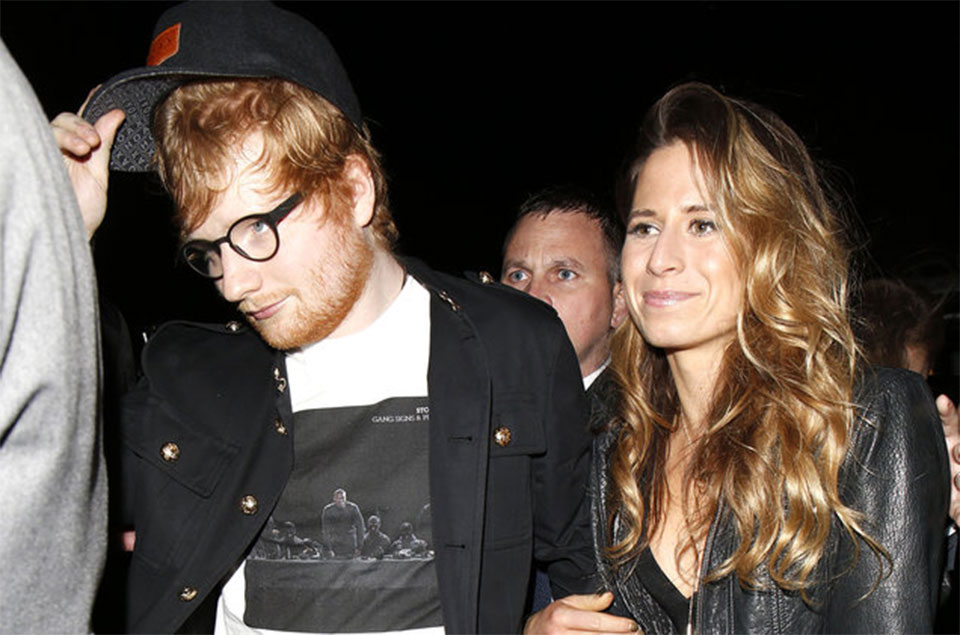 Ed Sheeran and Cherry Seaborn photographed in London on Feb. 22, 2017.

March 2: Ed Sheeran is reportedly planning to take his upcoming wedding to the next level.

According to Belfast Telegraph, the “Shape Of You” singer wants to build his own chapel on his estate in Suffolk, England and has already submitted a planning application to the District Council.

The publication mentions details of Sheeran’s application, stating that he explained his reasoning behind the chapel as, “It is every person’s right to be able to have a place to retreat for contemplation and prayer, for religious observance, celebration of key life and family milestones, marriages, christenings and so forth.”

The pop star and fiancée Cherry Seaborn announced their engagement in January, after keeping the news under wraps for a few weeks to enjoy the moment. Rumors recently sparked that the couple secretly tied the knot after Sheeran was seen wearing a silver ring on his left hand. At the BRIT Awards, he clarified that it was an engagement ring and that the wedding plans are not officially decided upon yet.

Build your own home gym

How many times have we skipped exercising because we simply didn’t feel like packing our gym bag, getting dressed, and... Read More...

Why did the people of Dharan elect independent Sampang as their mayor?
9 minutes ago