Master of his own style 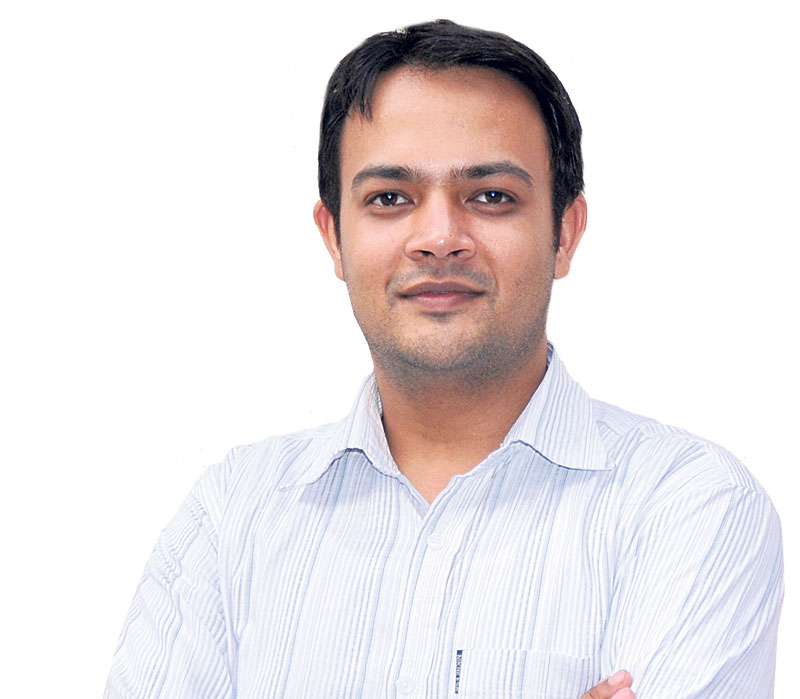 KATHMANDU, Sept 9: We are inside a dressing room where actors are getting ready to stage a Ramlila play. Goddess Sita is fixing her bindi; beside her is Lord Shiva, giving final minute touch up to appear authentic. But our attention is fixed at the saffron colored Hanuman, seated on a bench and twisting every now and then because of the stiff artificial tail that is attached on his behind. Moments later, a man, who must be the play’s production manager, pops in and notices that the star of the show, Lord Ram, is missing.

There’s not much time left. The manager takes one look at Hanuman and dictates him to find the actor who’s supposed to play Lord Ram. And thus begins our Hanuman’s quest to find Ram. We see the poor fellow bumbling his way in the narrow alleys of Kathmandu and in the quaint surroundings of Pashupatinath Temple.

This particular premise is served up in musician Ankit Babu Adhikari’s music video ‘Ram Naam’. First released on YouTube in October last year, the video has enjoyed a steady 127K views on the video sharing site. As Hanuman wanders around Kathmandu, Adhikari’s controlled vocals drift along. He uses a bhajan-inspired instrumentation in the song and layers it in a modern style. The song is actually a dark dialogue on religion and loss of faith, as evident from its lyrics, but it is composed in the manner of a catchy pop song and Adhikari’s interplay with the classical ragas dilutes the hopelessness of the song to make it more uplifting.

“The idea is to make the song as accessible as possible to the listeners. Ram Naam is instrumented in an upbeat and brighter way. For me, it’s a better way to express the meaning of the song,” says Adhikari. “That same philosophy is enhanced by the music video.”

Adhikari shares his creative process. “I work on the tune first. When I’m satisfied with its structure, then only I write the lyrics. Sometimes the process is easy, sometimes it is hard,” he says. After the release of ‘Ram Naam’, it took him nearly ten months to come up with his follow up single ‘Nau Futey Bhoot’ (Nine feet tall ghost) that was released last week.

In his new song, he mixes his dissatisfaction during the time of the Indian blockade and narrates a story about a nine feet tall ghost haunting a small village. The lyrics tell us that the ghost has settled at the southern side of the village and since then it has deprived the villagers to get any sunlight and has blocked the direction of the wind. “The ghost is an allusion to many things, not just India. It also represents Nepal’s failed political leadership that invited this whole situation,” says Adhikari.

It wouldn’t be a stretch to put Ankit Babu Adhikari among a new breed of Nepali musicians who are infusing Nepal’s contemporary political and social unrest in the music they create. 25-year-old Adhikari credits his journalism background as a major influence in his songwriting. Adhikari spent three years as a crime reporter for few Nepal based English dailies. “My political consciousness grew from there and that automatically gets reflected in my music.”

But he didn’t immediately make a leap as a singer/songwriter. In those days, he only picked up his guitar when there was any need for entertainment in get-togethers or family gatherings. Though he has been a student of classical music since he was in grade ten, the realization of choosing a career in music was never there for him. He found himself to be more of a journalist, whose target was to submit stories on tight deadlines.

Then one day he visited Shilpee Theater in Battisputali where they were putting up a show for writer Kumar Nagarkoti’s play ‘Coma: A political sex’. Nagarkoti was his English teacher at Innovative English School. Adhikari watched the actors from Shilpee Theater rehearse the play from a distance. When the actors were taking a break from the rehearsals, he picked up a guitar and started playing some songs. “During my school days, I was quite impressed by Kumar sir’s poems. In my spare time I had composed them as songs. And I played those songs in front of the actors,” Adhikari recalls. “The very next day, Ghimire Yubaraj from Shilpee called me and offered me a role in the play.”
His character was to perform those exact songs in the play. “That sparked my musical ambition,” Adhikari says.

That push encouraged him to organize a solo musical event at Shilpee Theater. “Nobody knew me, so I came up with a plan to do a Narayan Gopal tribute. It was a way to get people interested to come to my show,” Adhikari quips. With a handful of musician friends, he started preparing for the show ‘Narayan Gopal Resurrected’. This was in 2014. His team had to take careful creative decisions because in a country where people religiously follow Narayan Gopal, molding his masterpieces into your own style can have the fans tearing out the seats in rage. But the audience was quite welcoming to Adhikari’s little renditions and the show was a complete sell-out.

Naturally, he wanted more action in music. So when the opportunity of ‘Nepali Tara’ – a musical reality show – came his way, he took it as a step forward. Though his journey in the reality show was short-lived, he got a chance to interact with veteran musicians like Jems Pradhan, Rajan Ishan and Suresh Adhikari. “I am proud of being on Nepali Tara. Some of the people I know recommended me not to participate in it because they thought I had already performed a solo concert. But in the end, it helped me reach out to listeners outside the valley.”

Only after ‘Nepali Tara’, he says, he had the confidence to record his first song ‘Ram Naam’. It worked as his breakout single and now with ‘Nau Futey Bhoot’, his listeners have liked his style of music that blends classical elements with modern arrangements.

Does he find himself in the league musicians, who are creating music from a distinctive Nepali roots? He has a perfect reply. “We don’t have to go back to our roots to create good music. What I’m doing is just experimenting and trying to give something new. For this I can refer to ghazals, sufi music and bhajans, and I can also refer to any kind of World music. The key is to put out music that will help the music scene to evolve from a set pattern.” 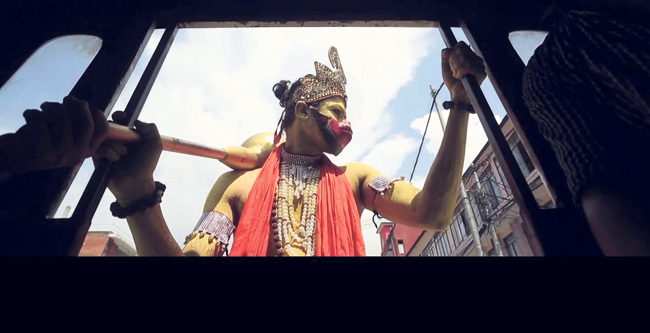 Master of his craft

Man arrested for impregnating his own granddaughter

TIKAPUR, July 19:  Area Police Office (APO), Tikapur has arrested a man alleging him of impregnating his own granddaughter. ... Read More...