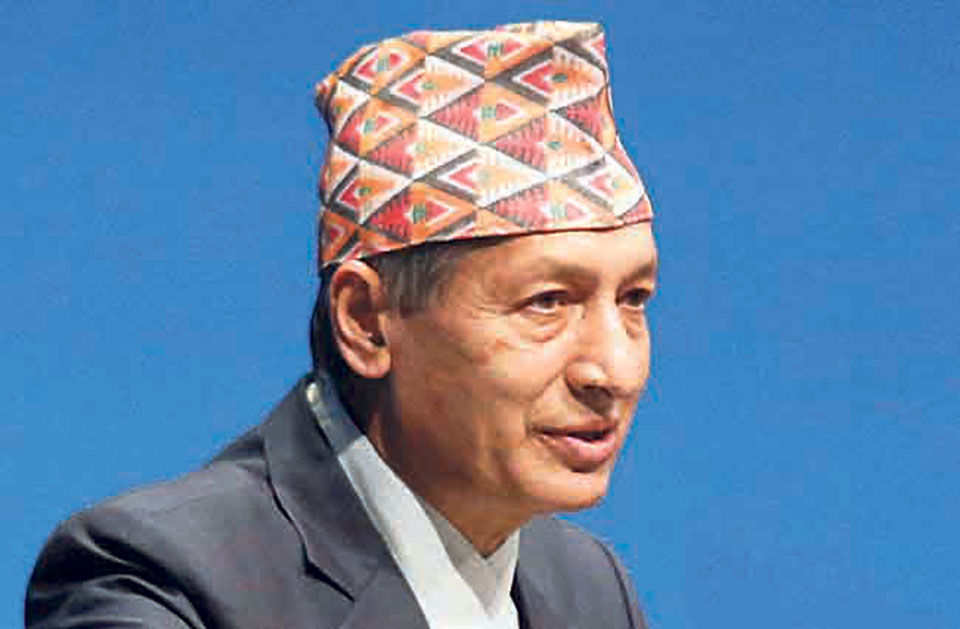 KATHMANDU, March 5: A day after he tendered his resignation as minister of finance as well as communications and information technology, Yuba Raj Khatiwada again took the oath of office and secrecy as finance minister amidst a special function held at Shital Niwas, Wednesday.

Khatiwada will also head the Ministry of Communications and Information Technology, where the post of minister has fallen vacant after Gokul Prasad Baskota resigned over accusations of bargaining for Rs 700 million in kickback for the procurement of a security printing press.

President Bidya Bhandari administered the oath of office and secrecy to Khatiwada. Vice President Nanda Bahadur Pun, Speaker of the House of Representatives Agni Sapkota and Chairman of the National Assembly Ganesh Prasad Timilsina were among high-level officials present at the function.

Speaking to media after assuming ministerial office for the second time, Khatiwada said he was a soldier fighting for development and prosperity in the country and will continue fighting until mission accomplished.

“This development combatant was engaged in the fight against poverty, deprivation, illiteracy and injustice and shall continue the fight until these foes are banished,” he said. “I will serve until my commander says the fight is won and tells me to retreat.”

As per the constitutional provision, Khatiwada has to be sworn in as a member of parliament within six months to continue in his ministerial position. Prime Minister Oli is likely to nominate him as a member of the National Assembly although the party’s secretariat recently decided to nominate senior NCP leader Bamdev Gautam in Khatiwada’s place.

Khatiwada said, “Although we are on a high economic growth trajectory and economic indicators are pointed in the right direction, we are also confronted with external challenges.”

Among other things, the finance minister now has to tackle the impact that the global spread of the new coronavirus could have on Nepal.

Experts warn that this epidemic could pose a serious threat to the Nepali economy with its high dependence on remittance and tourism.

PM has a lot to answer