Economic woes may lead to a political disaster 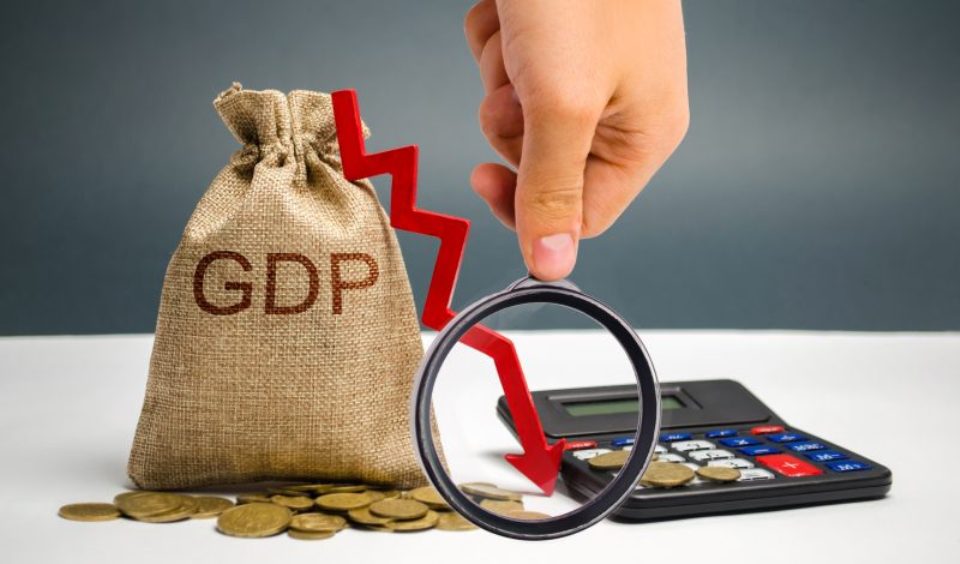 Frustration among the people could result in political upheavals. Concrete action and symbolism to generate optimism among consumers is the need of the hour.

The economic impact of the Covid-19 is having a global effect. We are dependent on a host of external factors and therefore, the implications are already being seen.

Foremost, there is already excess liquidity in the banks because of lockdown and economic activity has come to a stand-still. Excess liquidity is like high blood glucose. It could mean diabetes. It’s a disease that, if we can’t manage properly, can harm vital organs of the body. It cannot be left untreated. Generally, this phase leads to a recession and overall economic decline. It could then lead typically to a drop in the stock market, massive unemployment, decline in real estate prices, drop in rentals etc. According to the World Bank, Nepal’s GDP growth is likely to be only 1.5–2.8 percent for this year. Tourist arrivals is almost nil and exports have sunk.

One good news is that our remittance has not fallen as was initially feared. Mid-June to mid-July this year, we received Rs. 94 billion from abroad. This offers a ray of hope but it’s unlikely that Gulf countries, India, Korea and Malaysia will start hiring our workers soon. As we are to start international flights next month, there will be more Nepali migrant workers who will return home from these places. So, we must keep a very close eye on the development in the Middle-East. The Philippines is a similar example dependent on remittance. It is the third largest remittance recipient country and is already in recession. The Philippines was among Asia’s fastest-growing economies before the pandemic, but now the government expects its GDP to shrink by 5.5 percent this year—the biggest annual drop in 35 years.

In 2018-19, our remittances comprised of 25 percent of our national economy. So, it’s our life-line. In many countries, economic recession has led to job cuts which then triggers political agitations and unrest. We already see this in some countries.

The world-wide impact is such that from the GDP angle, second quarter was bad for all economies. Even those economies that opened are seeing a second wave of Covid-19. This is a major worry. Certain sectors like cinema, sports, concerts, nightclubs, gym, party venues, beauty salons have little chance of opening even by the end of 2020. We already see a major hit on print media, hotels, automobile sales, restaurants and transport sectors here in Nepal. In the Dashain festival, migrant workers usually return in large numbers which could give another spike to Covid-19.

The ruling party must not waste time in internal wrangling and in shielding off itself from public scrutiny. The pandemic is not the creation of the KP Oli government. But it can learn from other countries. This is where research and study comes in—an area in which our state spends very little.

The government has to make use of every fiscal and monetary room available to support private enterprises, especially SMEs, not just collect taxes and boast of how significant is the tax collection. How are we using that tax money? Some of our municipalities are hoarding money in fixed deposits of private banks because they are unable to spend. The political leaders have to lead by being an example during time of austerity. It was a social media disaster when some province put out a tender to purchase SUVs at the time of a lockdown. Everytime a VIP carcade moves around with security vehicles infront and at the rear, it shows how insecure our leaders feel with the same voters who elected them to power. This repulsive VIP culture has now gone from the center to the provinces and at the local levels. At a time of hardship, government has to spend more on development but totally cut down on unnecessary regular expenditure. And this has to be seen by the general people. Perception is absolutely crucial during a challenging time like this.

Look at the mega 20 lakh crore Indian rupees stimulus package announced last week by PM Modi to save the Indian economy. It focuses on tax breaks for small businesses as well as incentives for domestic manufacturing. The combined package works out to roughly 10 percent of the GDP, making it among the most substantial in the world after the US, which is 13 percent of its GDP, and by Japan, which is over 21 percent. Several things can be done to show to the public that the government is controlling unnecessary expenditure. It can extend eligibility age for retirement in bureaucracy including police and army. It can eliminate provision of minimum wage among workers. UK eliminated 490,000 government jobs and recently increased retirement age from 65 to 66. Why should the Nepali public, for instance, pay annual vehicle tax average of Rs. 21,000 when his vehicle has been inside the garage for six months?

Therefore, pressure will certainly mount on the government to deliver more far-reaching support, given the banks have already cut interest rates but still the society is showing little signs of improving consumer confidence. Government has to be innovative and has to learn from other nations as well as stop being obsessive with raising taxes on the public. Interest rate cuts on loans in some countries have led to banks literally chasing customers to offer loans even in areas the banks had no footprint. And now obviously, loan losses have risen rapidly.

For example, how can we leave Thamel area like a ghost town? Maybe a tax waiver can be announced for all restaurants and bars and house tax waiver for owners. But we can’t just let Thamel wither away like this. It’s not good for our international image as a tourist destination. Same with other sectors of the economy like education—colleges, schools and hospitals.

Most important is public perception and proper dissemination of information. Only when the government both at the center and at the local levels cut down on unnecessary expenses do the private companies learn and slash from generously paying their executives.

We are now starting another sequel of lockdown. Surely, most important is managing the pandemic. Saving lives is number one priority. But I am sure that the government realizes that if we do not focus on the economy, we will be headed for another crisis and this one will lead to a political disaster.

The National Bureau of Economic Research (NBER), a leading economic think tank founded in 1920 in the US, calls recession, “a significant decline in economic activity lasting more than a few months, visible in real GDP, real income, employment, industrial production, and wholesale-retail sales.” Economic decline occurs when there’s a significant decrease in economic activity as consumers and businesses spend less money. In the same way, public anger increases with the unemployment rate—or the percentage of the workforce that’s jobless—because companies reduce headcount, and either slow or stop hiring. Since domestic demand and business investment have already been severely hit, and two major Hindu festivals JanaiPurnima and Teej have not shown any improvement in retail sales, there is a serious concern about the Dashain shopping too. A lot of small businesses in Nepal rely heavily on Dashain and Tihar sales for their annual aggregate profit. Therefore, forming task forces is not enough. Action is what is required by keeping the small businesses in mind.

The domestic politics of many countries would likely become more fragmented. Frustration among the people could result in political upheavals. Concrete action and symbolism to generate optimism among consumers is the need of the hour.

Fireworks boomed as the visitors at Shanghai Disneyland waited for their COVID-19 test results, surrounded by healthcare workers dressed from... Read More...

COVID-19 in Nepal: The country fights the pandemic (VIDEO STORY)

Experts have frequently questioned the effectiveness of the months-long lockdown and criticized the government for its 'inefficiency' to tackle the... Read More...