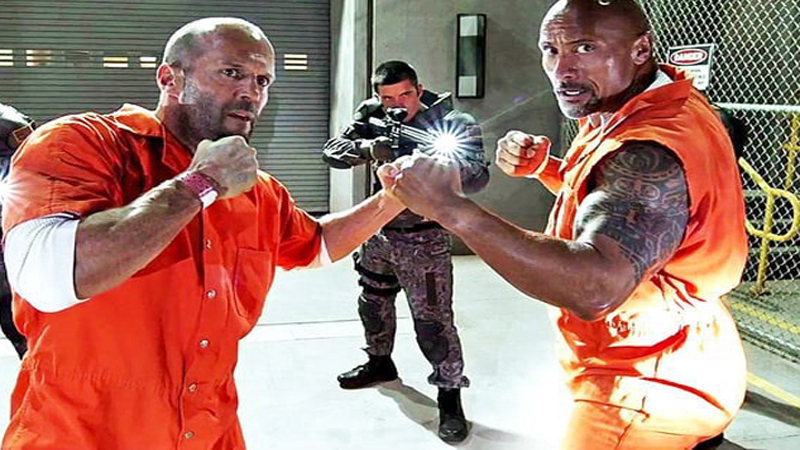 The 'Fast & the Furious' franchise might be expanding into a Cinematic Fury-verse as Universal is reportedly planning a spin-off film centred on Dwayne "The Rock" Johnson and Jason Statham's characters.

The spin-off, which will continue the unlikely union between Johnson's federal agent Luke Hobbs and 'Furious 7' villain-turned-Fate of the Furious ally Decker Shaw, played by Jason Statham, would arrive prior to the ninth instalment of the box office-shattering franchise, Deadline reports.

The film is still in the development stage, and given Johnson's upcoming schedule - he's attached to nearly a dozen projects, including a San Andreas sequel, a Big Trouble in Little China reboot, a blockbuster revolving around DC superhero Black Adam and a film about '40s pulp adventurer Doc Savage - it's unclear when the actor will even have time to film the spin-off, which would be written by 'Fate of the Furious' scribe Chris Morgan.

According to the Wrap, the latest 'Fast & Furious' chapter originally sported a post-credits sequence that would have hinted at Hobbs and Shaw's future adventures together, but series star Vin Diesel demanded that the scene be removed; Diesel and Johnson reportedly feuded during the 'Fate of the Furious' filming, with the former WWE star calling the actor a "candy ass."

However, with the success of 'The Fate of the Furious' - the film smashed 'Star Wars: The Force Awakens' record for opening week worldwide box office - Diesel and Johnson have since settled their beef ahead of the inevitable Volume 9 of 'The Fast & the Furious'.

Actor Vanessa Kirby will join the cast of the Fast and Furious spin-off along with actor Jason Statham and Dwayne... Read More...