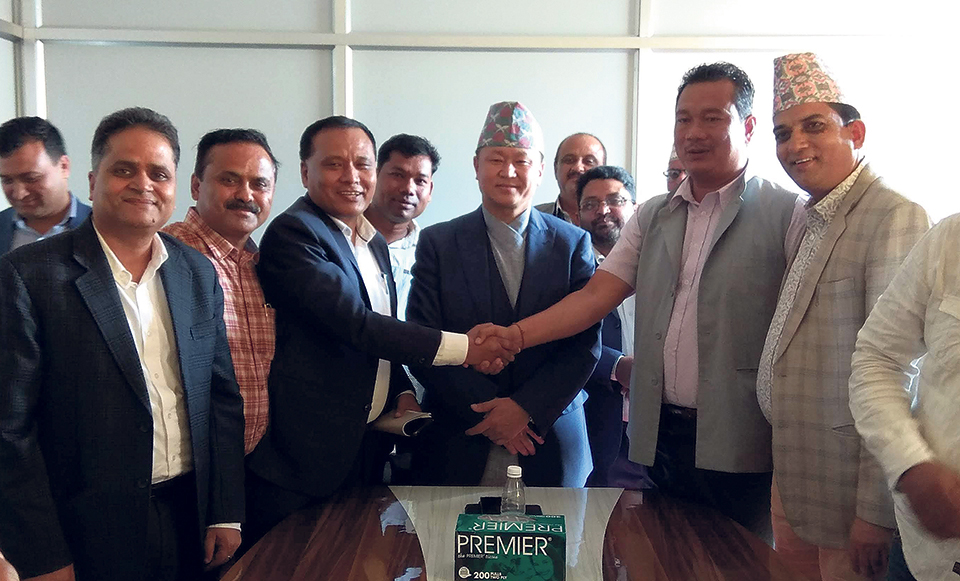 KATHMANDU, Oct 19: An agreement to complete the construction of Duhabi-Katari 33 KV transmission line within 45 days has been signed.

The construction was put into halt after the locals of Gidaniya tole located at Gramthan Rural Municipality of Morang had prevented the laying of 3-kilometer-long wire. Sherdhan Rai, chief minister of Province 1, had called a meeting Friday between member of federal parliament from the area Amanlal Modi, managing director of Nepal Electricity Authority Kulman Ghising, chairman of the rural municipality Bhim Ghimire, and Chamber of Industries Morang officials to eliminate the hurdle.

“The general consumers are not able to get reliable power supply because the transmission line hasn’t been completed. So, we need to resolve the problem according to the procedure and immediately start the construction work,” Rai said. “We need to find a way to lay the wire underground and find technical alternatives and finish the work within 45 days. For which, all efforts will be made.”

Due to hurdles in the construction work, Chief Minister Rai had held meetings with Amanlal Modi, along with chairman of Gramthan Rural Municipality, local industrialists, and traders. The discussion was aimed at an initiative to solve the problems.

Currently, electricity to Katari area is being supplied from Tankisinuwari and Biratnagar Rani Substation through 11 KV transmission line. The Tankisinuwari Substation is no longer in a state to handle the increased load.

According to the NEA, operation of the Duhabi-Katari transmission line will ease power supply problems in the Katari-Rangoli corridor and solve voltage problem in Biratnagar.

BIRATNAGAR, Dec 9: CPN-MC's Aman Lal Modi, representing the left alliance, has been elected to the House of Representatives from... Read More...