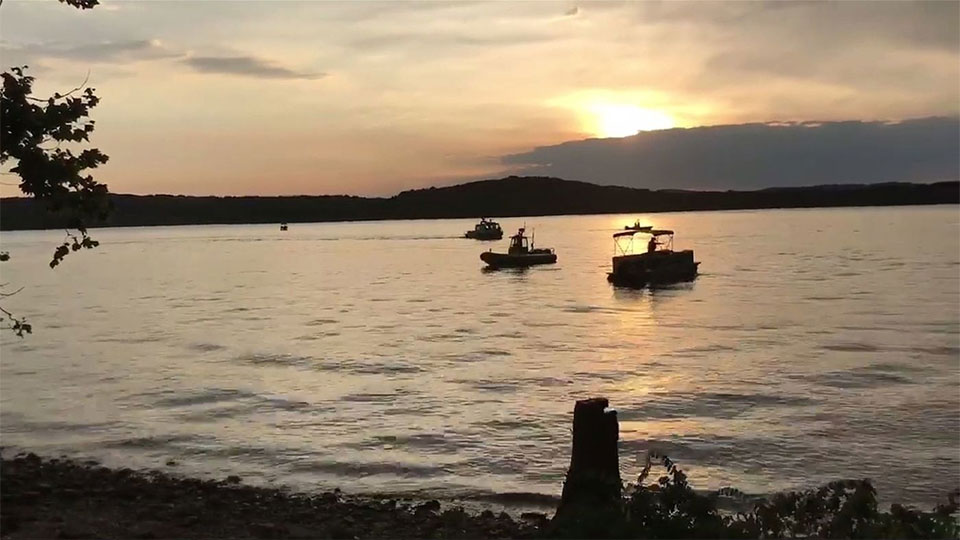 UNITED STATES, July 20: A duck boat capsized and sunk during a severe thunderstorm in Missouri, killing at least 11 people, some of them children, authorities said.

Stone County Sheriff Doug Rader confirmed the fatalities to CNN affiliates KYTV and KSPR. He said five people are unaccounted for and seven others were injured in Thursday night's incident on Table Rock Lake near Branson.

The boat was carrying 31 people, he said, and dive teams from various agencies are scouring the waters for potential victims.

"It's going to be a challenging night," Rader said. "I believe it was caused by weather, yes."

Ripley Entertainment, the parent company of Ride the Ducks Branson, said it recently acquired the vessel involved in the incident. It said there were other boats on the lake that returned to dock safely.

Branson was under a severe thunderstorm warning issued shortly before 6:30 p.m. local time, about half an hour before the boat capsized.

There were numerous reports of damage throughout the county, including trees down and structural damage, said CNN meteorologist Taylor Ward. The highest wind gust reported in the area was 63 mph.

Gov. Mike Parson asked for prayers for first responders and those involved in the incident.

Branson is in southwest Missouri, about 200 miles from Kansas City.

DAKAR, Senegal, April 25:  A Senegalese radio station says 17 women have drowned and at least 40 others are injured after... Read More...

Nepal's economy is not likely to be Sri Lankan, but it is possible: Former Governor Chhetri
58 minutes ago