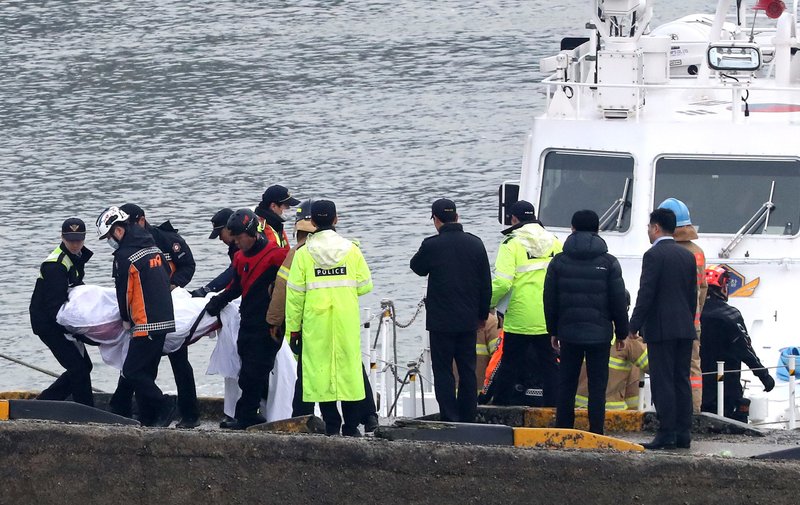 SEOUL, Dec 3:  At least 13 people were dead and two missing on Sunday after a South Korean fishing boat collided with a refueling vessel and capsized, the coast guard said.

An official from the Korea Coast Guard said seven people were rescued and the two missing included the boat’s captain. He said 22 people were aboard the 9.8-ton fishing boat that capsized after colliding with the 336-ton refueling vessel in waters off the port city of Incheon.

The official spoke on condition of anonymity, citing office rules. The refueling vessel did not suffer damage.

President Moon Jae-in ordered authorities to deploy as many helicopters and other aircraft as possible to search for the missing, according to his office.

The coast guard official said 19 coast guard and naval vessels and five aircraft including helicopters were dispatched to the site. Authorities were questioning the crew of the refueling vessel to determine the cause of the collision.

South Korea has seen its share of significant maritime accidents in recent years, including the 2014 sinking of a ferry that killed more than 300 people, mostly schoolchildren. More than 50 fishermen died or went missing months later after their vessel sank in the Bering Sea.