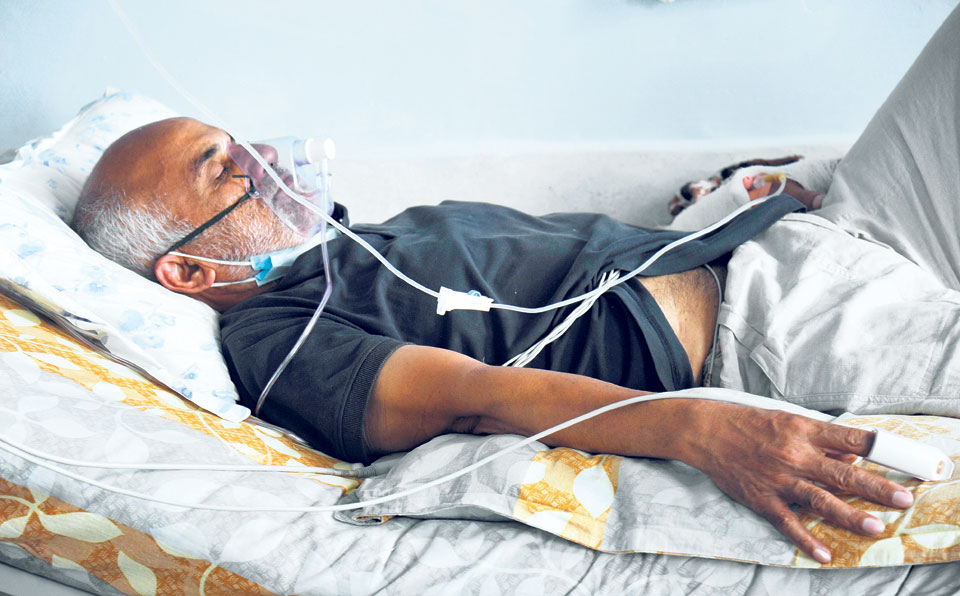 KATHMANDU, August 9: The health condition of Dr Govinda KC is serious and deteriorating critically as his fast-unto-death passed the 16th day on Tuesday.

The doctors involved in the treatment of Dr KC said that his health condition is serious and deteriorating day by day. “His pulse rate is low. He has decreasing urine output, muscle cramps and is suffering from chest pain, fluctuating heart beat and is getting weaker,” said the doctors. Dr KC has been provided with emergency services, according to the doctors. They are prepared for keeping Dr KC in the ICU anytime as his condition continues to worsen.

Dr KC's talks team is not interested in sitting for dialogue “as the government hasn't shown the needed seriousness to address Dr KC's demands. “We called them today for talks but they rejected our call,” said Shanta Bahadur Shrestha, secretary at the Ministry of Education and head of the government's talks team.

“They are stuck at the endorsement of the Medical Education Bill, which is the job of parliament,” said Shrestha. “We have seriously taken initiatives to address his demand. We called the head of the government and chiefs of the political parties to seek a solution to the problem,” he added.

On behalf of Dr KC, Dr YP Singh, Dr Ranjan Sapkota and Dr Abhisekh Singh were involved in the talks with the government panel that includes members Dr Kiran Regmi, secretary at the Ministry of Health and Gopi Nath Mainali, secretary at the Office of Prime Minister and Council of Ministers.

Dr KC began his 11th fast-unto-death from July 24; demanding the government bring the Medical Education Act, slash fees of postgraduate studies in medicine from Rs 3.1 million to Rs 2.2 million, appoint four assistant deans at IOM and campus chief immediately and probe into the irregularities of TU officials and take action against them.

Dr KC's last 10th fast-unto-death had begun from November 13 against “the anarchy prevailing in the medical education sector” and it ended in three weeks after another agreement with the government. KC ended his 10th hunger strike following a 12-point agreement with the government representatives on December 4, 2016. However, his demands were not addressed satisfactorily.

KATHMANDU, Oct 3: The heath condition of Dr Govinda KC, who is staging a fast-onto-death since September 26, is deteriorating. ... Read More...