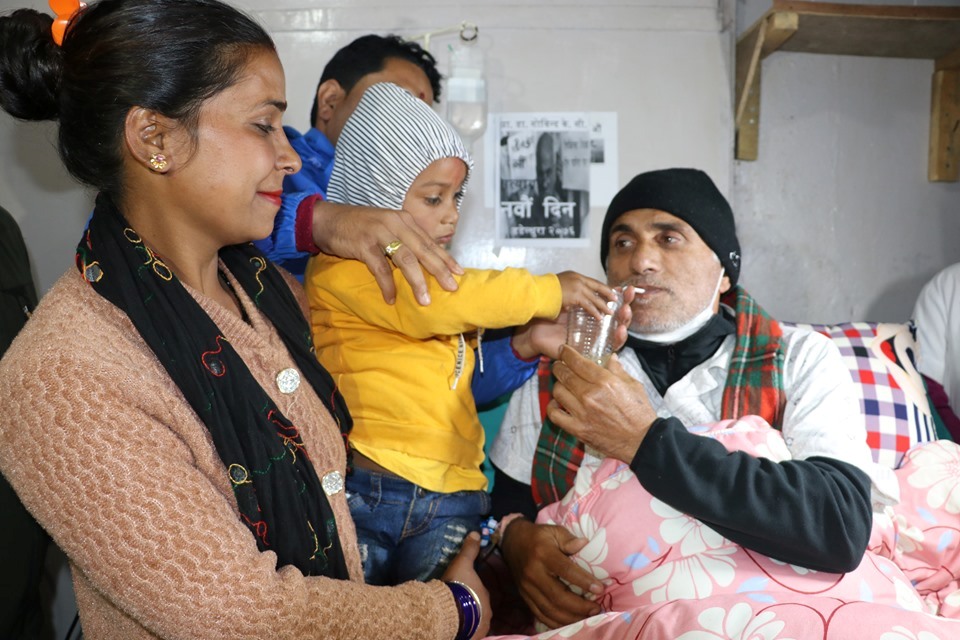 KATHMANDU, Nov 12: Senior orthopedic surgeon Dr Govinda Kc who was on his 17th hunger strike for reforms in medical education suspended his strike on Tuesday.

Issuing a press release, Dr KC said that he suspended his hunger strike for the time being since the public sentiment is now being focused on the issue of border encroachment by India. 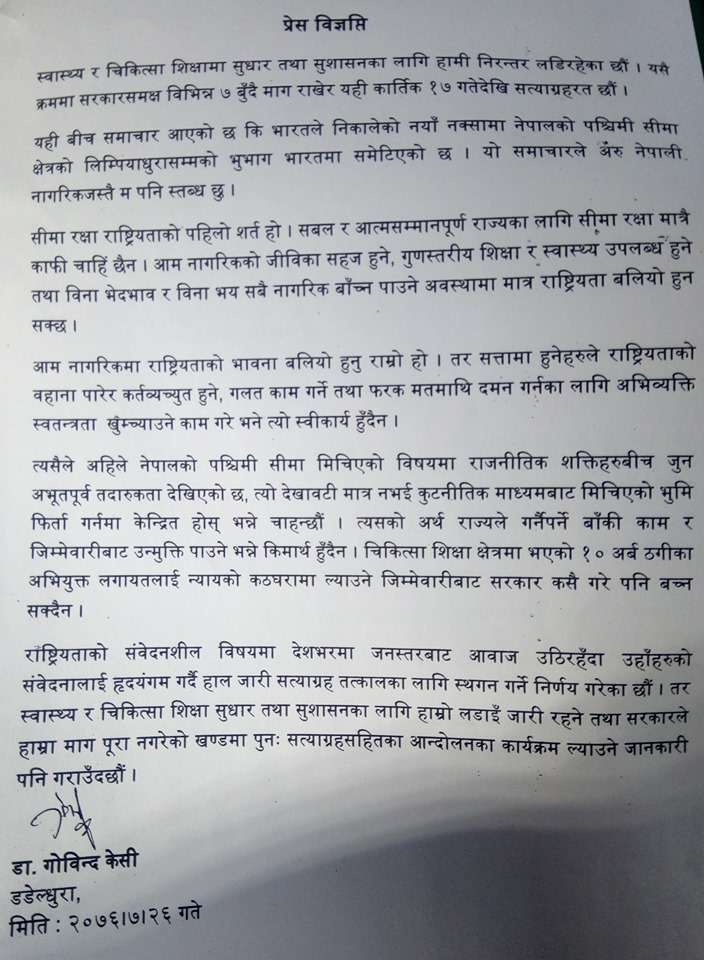 KC was admitted to Dadeldhura Hospital on Friday evening, following some problems with his state of health.

Dr KC, who is on hunger strike to press a seven-point demand, was admitted to the hospital in the presence of Sudupaschim Provincial Assembly Member Karna Bahadur Malla and officials from the district administration office (DAO). Dr KC will continue the fast-unto-death at the hospital, said his brother Kishor KC.

Dr. KC was fasting unto death in a flat located right above a pharmacy. The house is just 100 meters from Dadeldhura hospital. Locals tried to make Dr KC's room warmer after he started facing problems two days into his hunger strike . But his condition didn't improve.

In October, Dr. KC had asked the government to fulfill the agreements it had reached with him earlier. One of his demands is for the setting up of a medical college in Doti. He has also demanded the fulfillment of the demands of health workers in public hospitals in the far western development region.

The sons of Dr. KC's brother Kishore said their uncle could have raised his voice right from his hometown but staged his strike from a different part of the country to give an added edge to the popular demands that he is championing.

POKHARA, Oct 5: Youths in Pokhara staged a demonstration on Monday to express their solidarity with Dr Govinda KC. ... Read More...

Citizenship Bill withdrawn from parliament due to lack of unanimous position among parties: Govt
21 minutes ago

Is the ruling alliance pulling an ‘election stunt’ in Nijgadh?
51 minutes ago